That’s so awesome because it’s free. But you know you usually get shitty tours when it’s free because it’s people don’t want to work hard…since they don’t get paid as well. But that’s normal, I mean if I was not going to get paid I will probably not do a very good job. BUT if my tip depended on it, I will probably do the opposite. Work my ass off to ensure I get tipped. 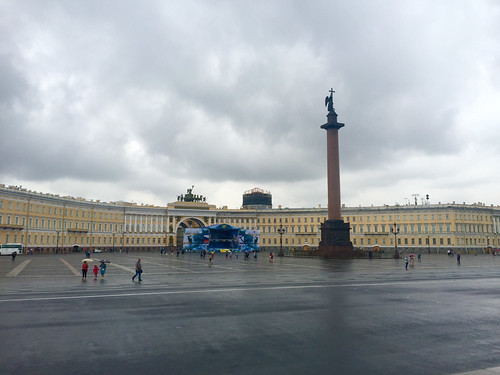 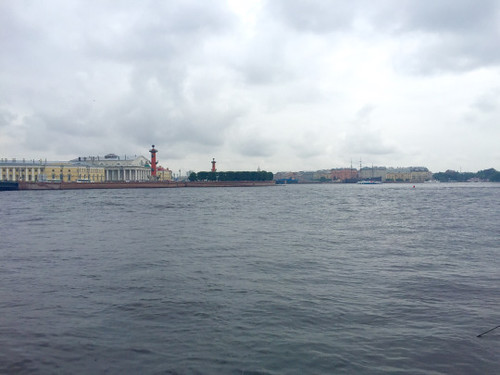 And that’s why I think this type of system is very fair. We went on this tour called Petersburg Free Tour with a guide called Anastasia. 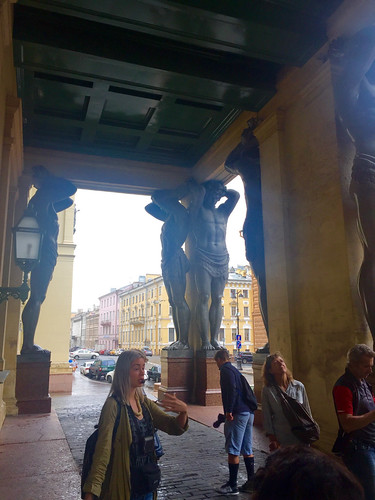 She was very nice, funny, enthusiastic. That’s what you need to get some tips! You know, make sure you have fun yourself first. If you don’t how are you going to expect the other people to have fun as well!? 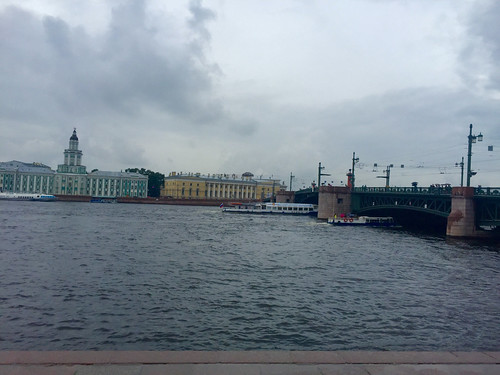 The tour lasted approximately 2.5 hours, and we saw a lot of the main attractions i.e. Church of the Savior Blood, Winter Palace, the Fortress with the canons, walked by this “bridge” which I will talk more about later in another blog.  These walking tours are good in that it gives you an idea of the attractions you want to go to, and also the layout of the main area of the city. After this tour we more or less knew how to get around. 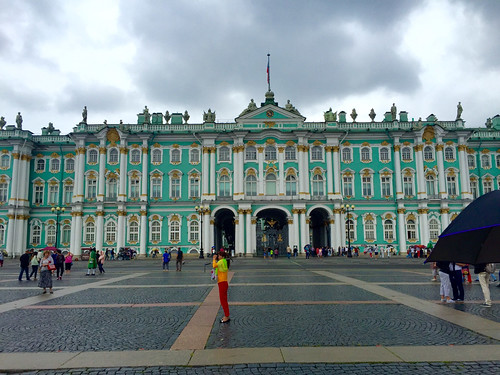 The shitty part was, as you can see from my pictures was that it was raining like cats and dogs. That’s why everything looks gloomy……but the city is beautiful still. 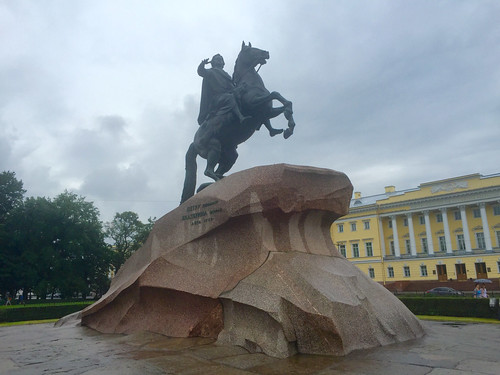 The problem was that we were only in St. Petersburg for 2 days, so yeah couldn’t really see much of the attractions in detail. BUT I have a list now, so next time I will definitely check it out.