This first picture is the only nice picture that I took.

And even that is a stretch.

Looking back at the pictures that I took at the Asam Church…they were really half assed and ugly.

I am so sorry… 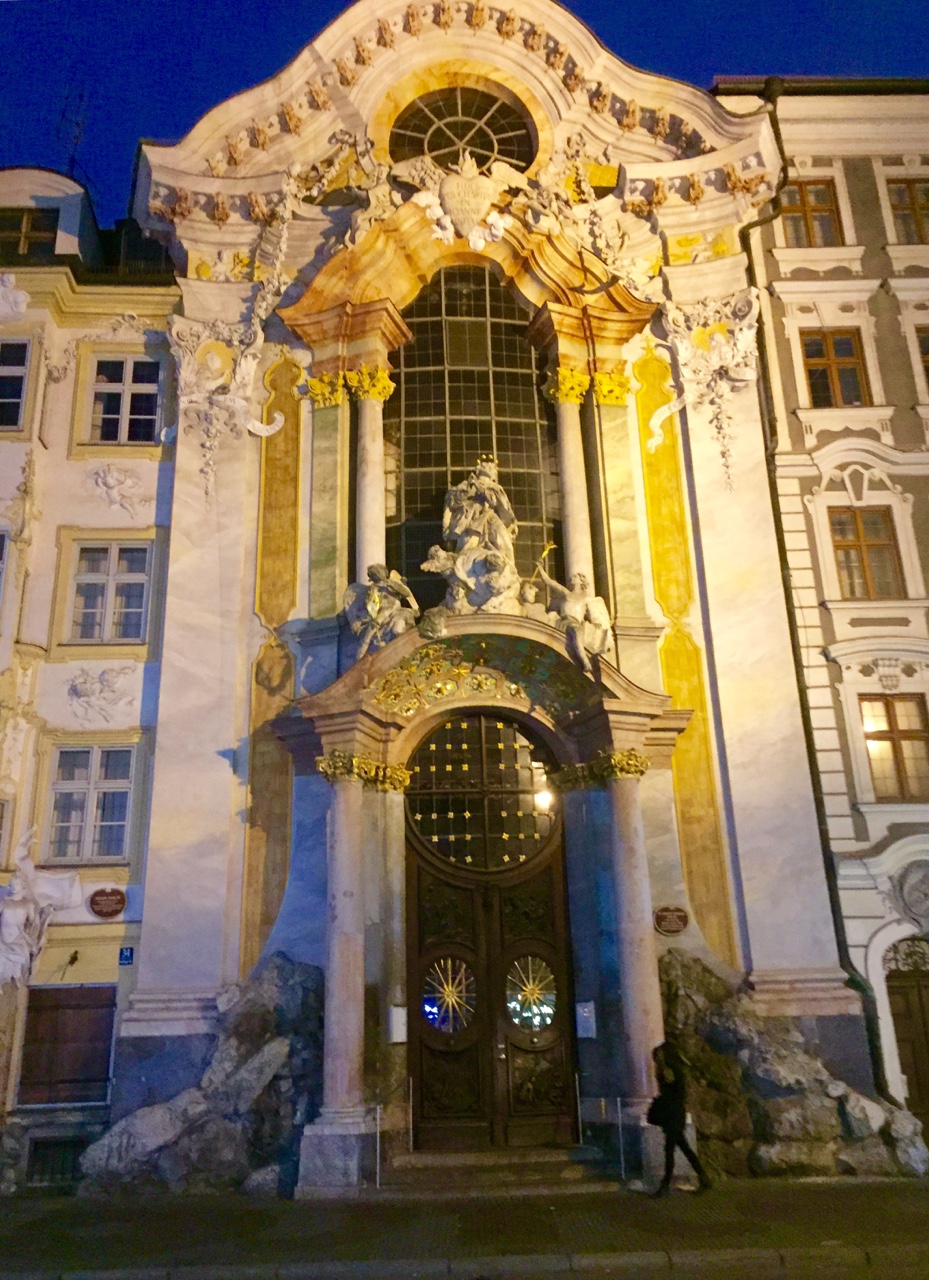 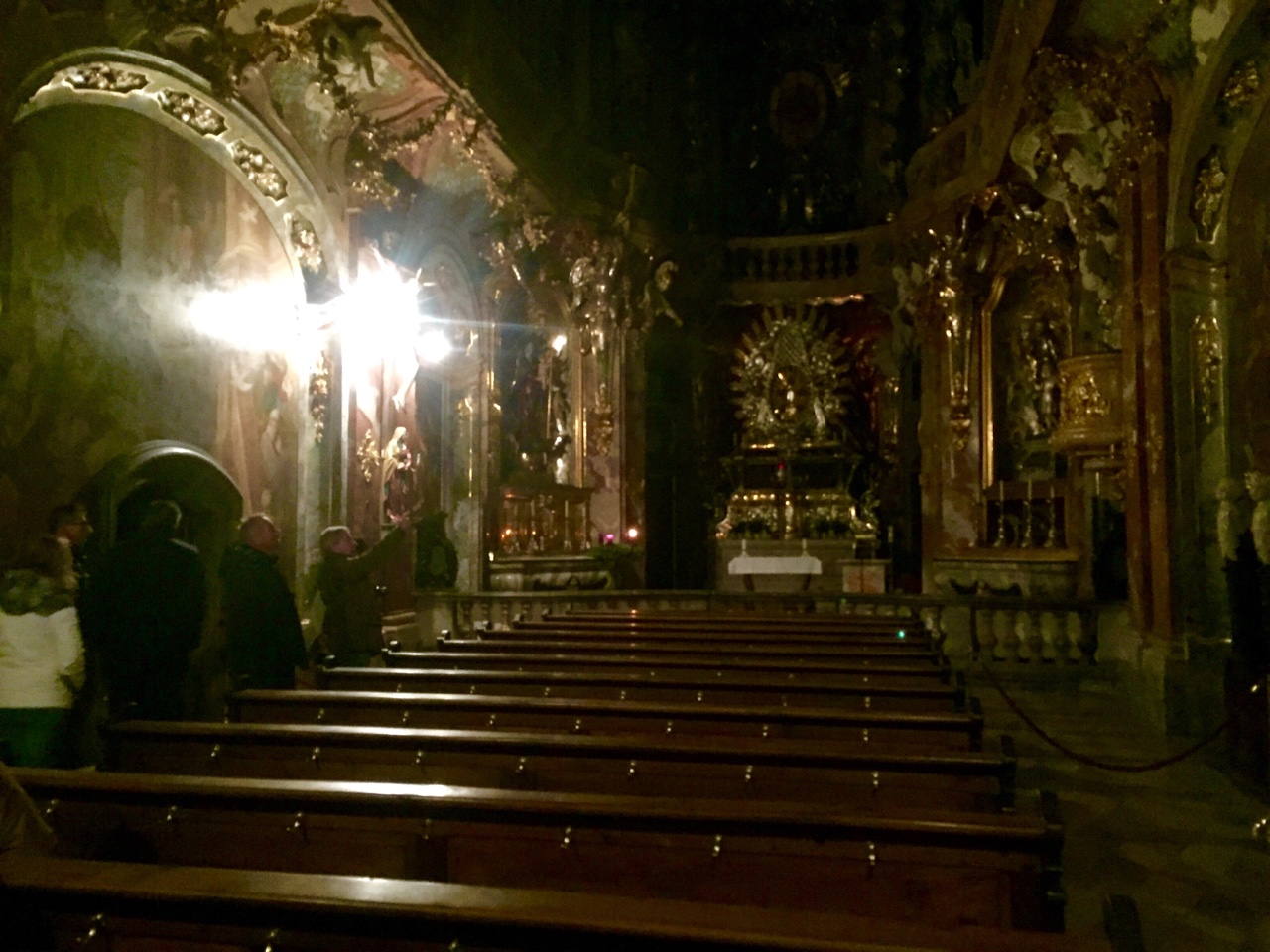 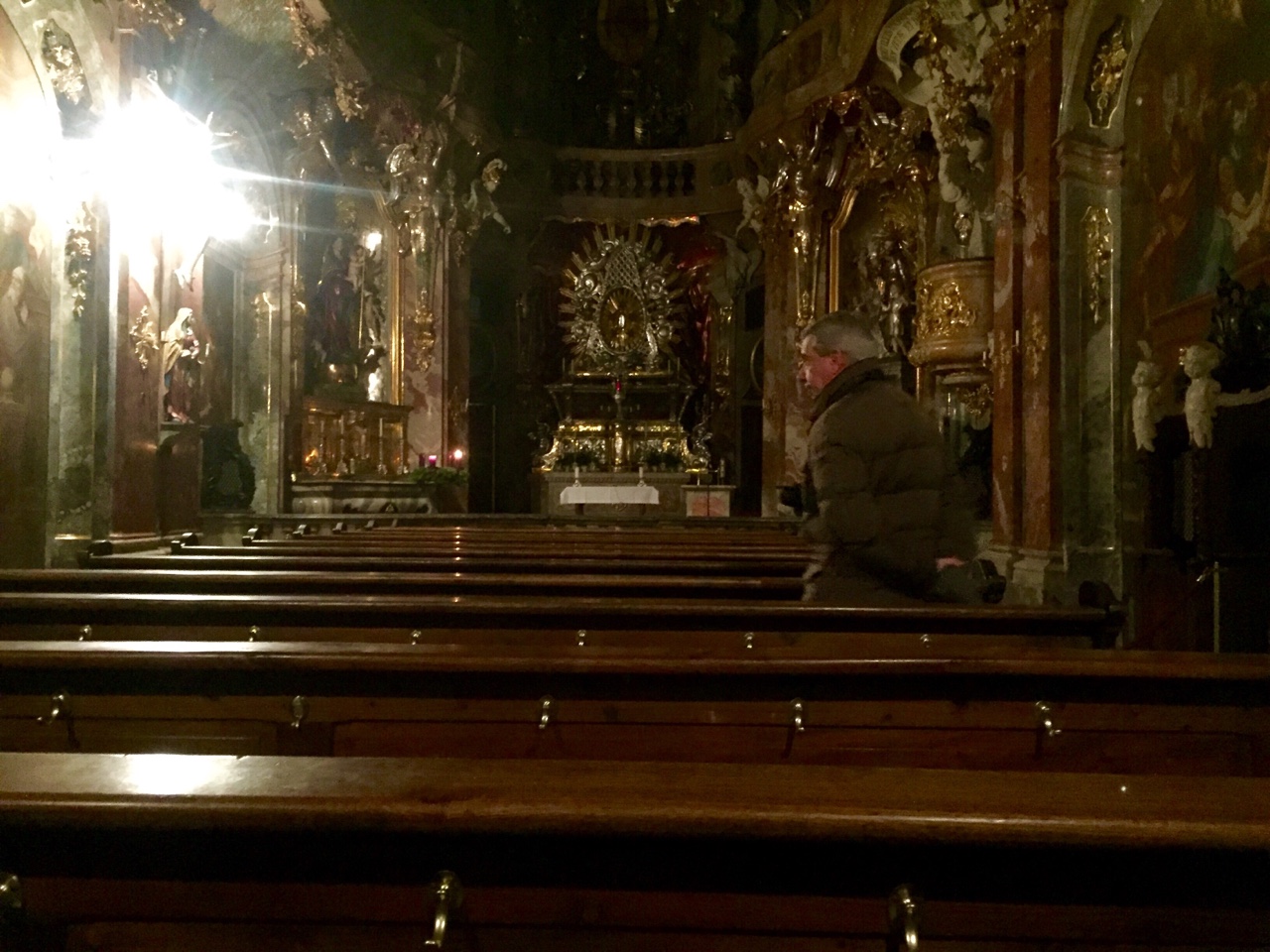 I think I will put the blame for my ugly ass pictures..partially on the horrible lighting in this church. I mean it was dark as hell.

But then I should have just bought a better camera to capture these moments.

Something that I have been saying for years but never really did. 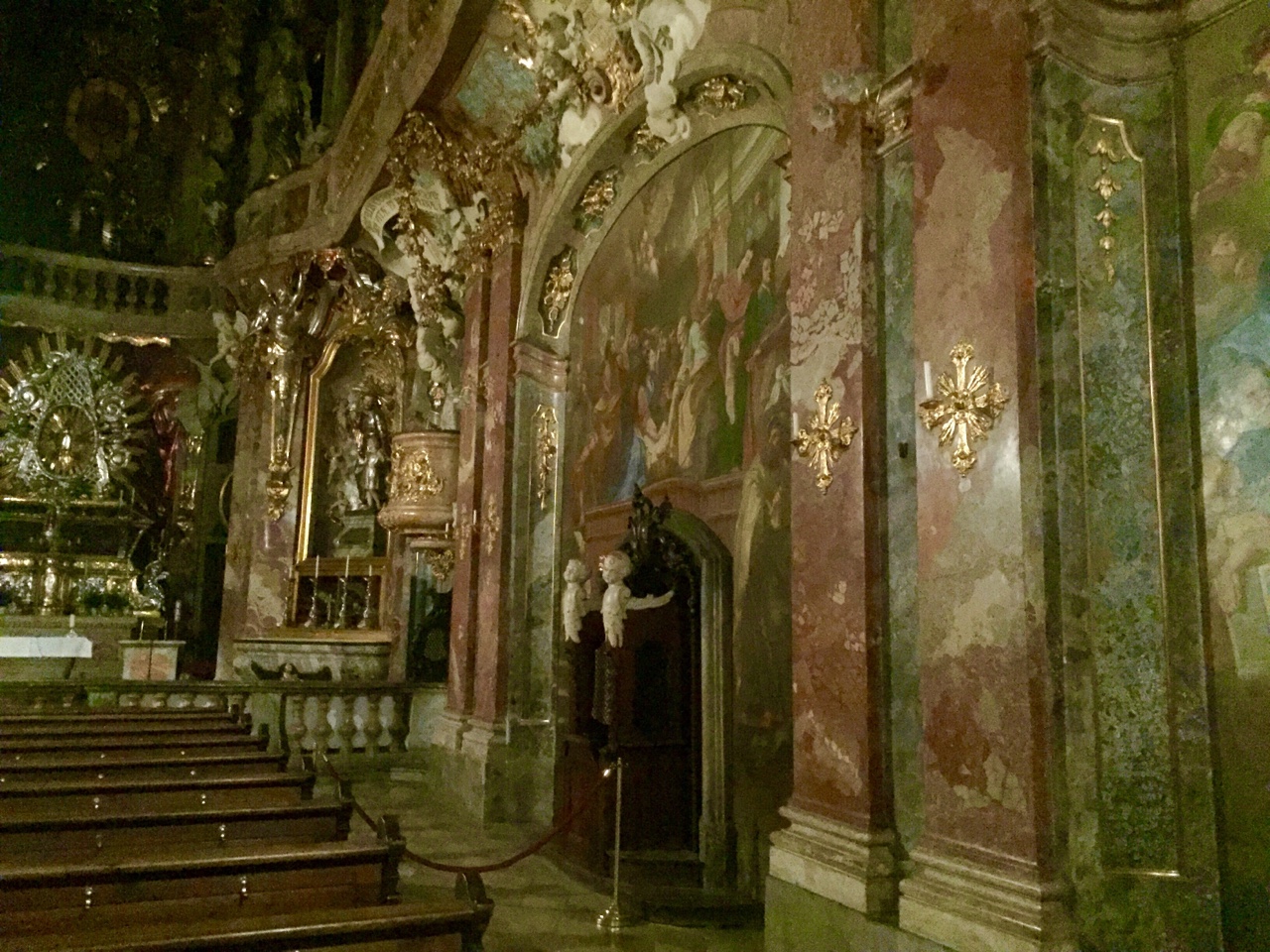 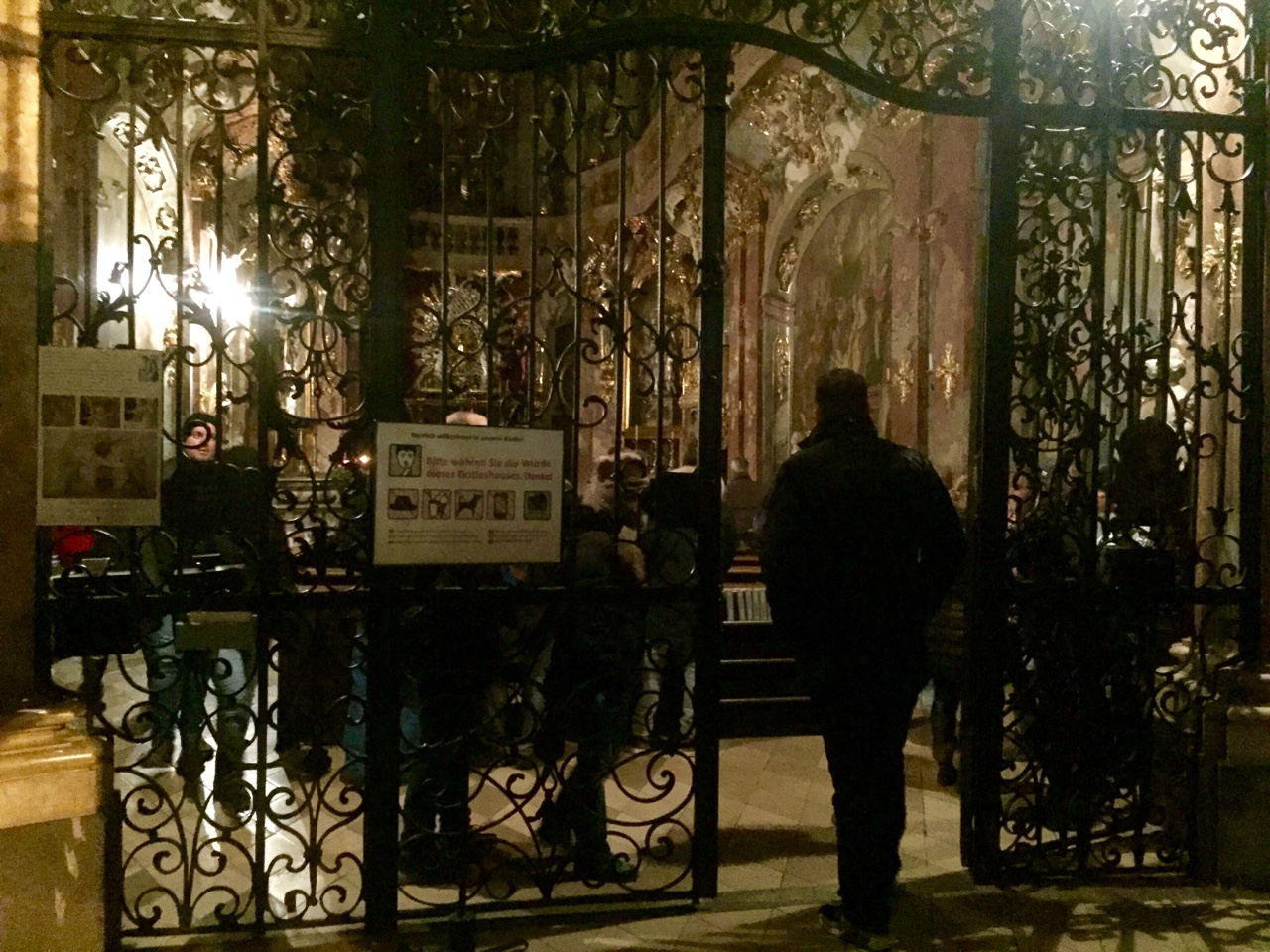 Time to do some learning about this place:

It was erected between 1733 and 1746 by the Asam brothers and bears the official name of St. Johann Nepomuk. Originally planned as a private church for the builder, its Baroque facade is integrated into the row of houses on Sendlingerstraße. Two massive rocks arise from the base of the columns at the entrance. The luxuriously furnished interior breaks from Baroque convention with its proportional distribution.

Didn’t make this up. Click here for the source site.

Unlike a lot of tourist places, there was no entrance fee here! Yay! 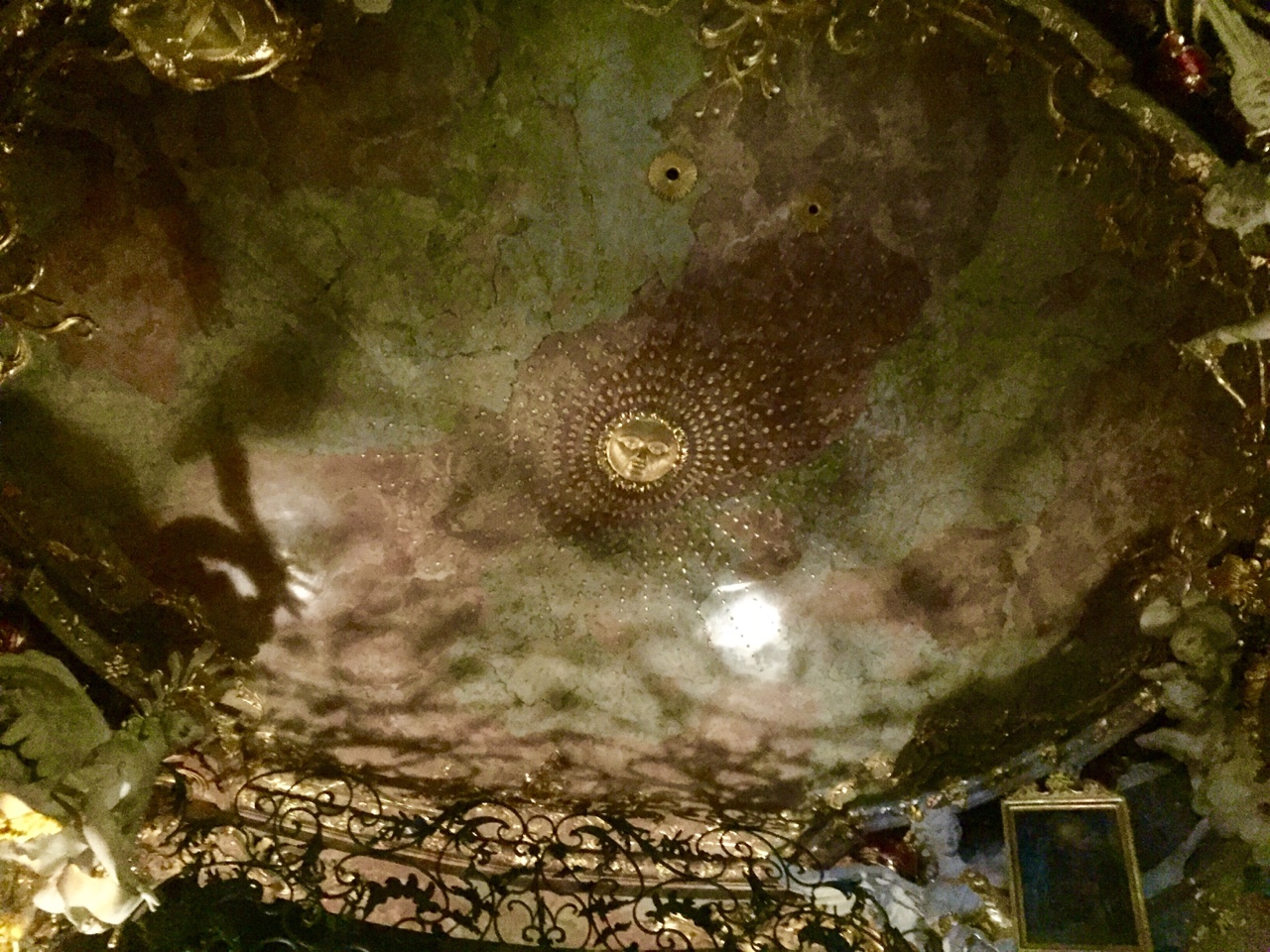 The ceiling of the church. Ugh. so ugly ass. 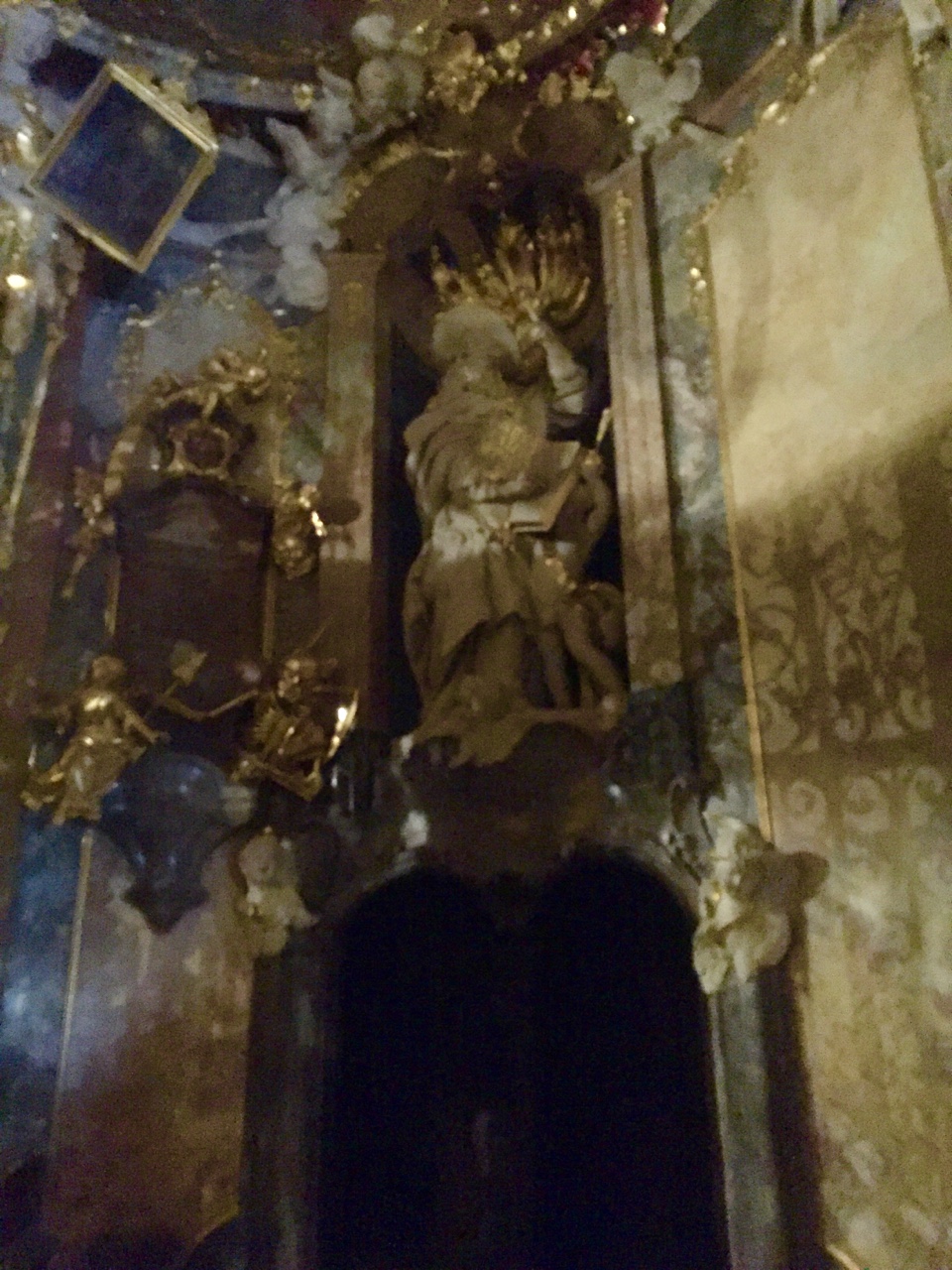 Why did I zoom in to take the photo? I should have know it would have come out terrible.. 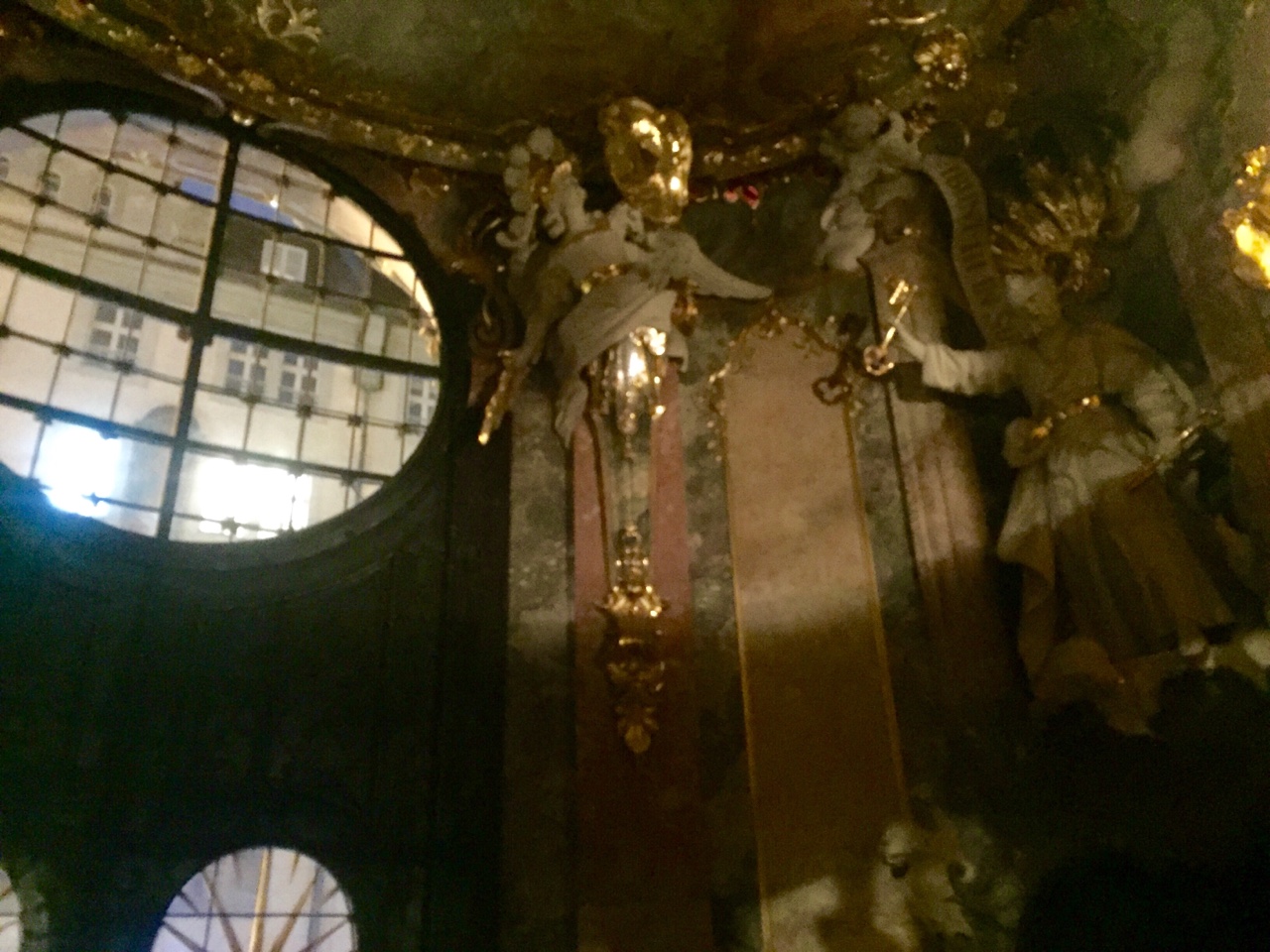 What the shit is this? I don’t even know what I was taking.

So sorry for these ugly ass photos.