Now this is a surprise.

Usually you won’t find good food at Darling Harbour (with the exception of Hurricanes of course).

You know, it’s a tourist area…so everything will be overpriced and not too tasty.

Man was I ever surprised at my awesome meal at this restaurant called “Adria“! 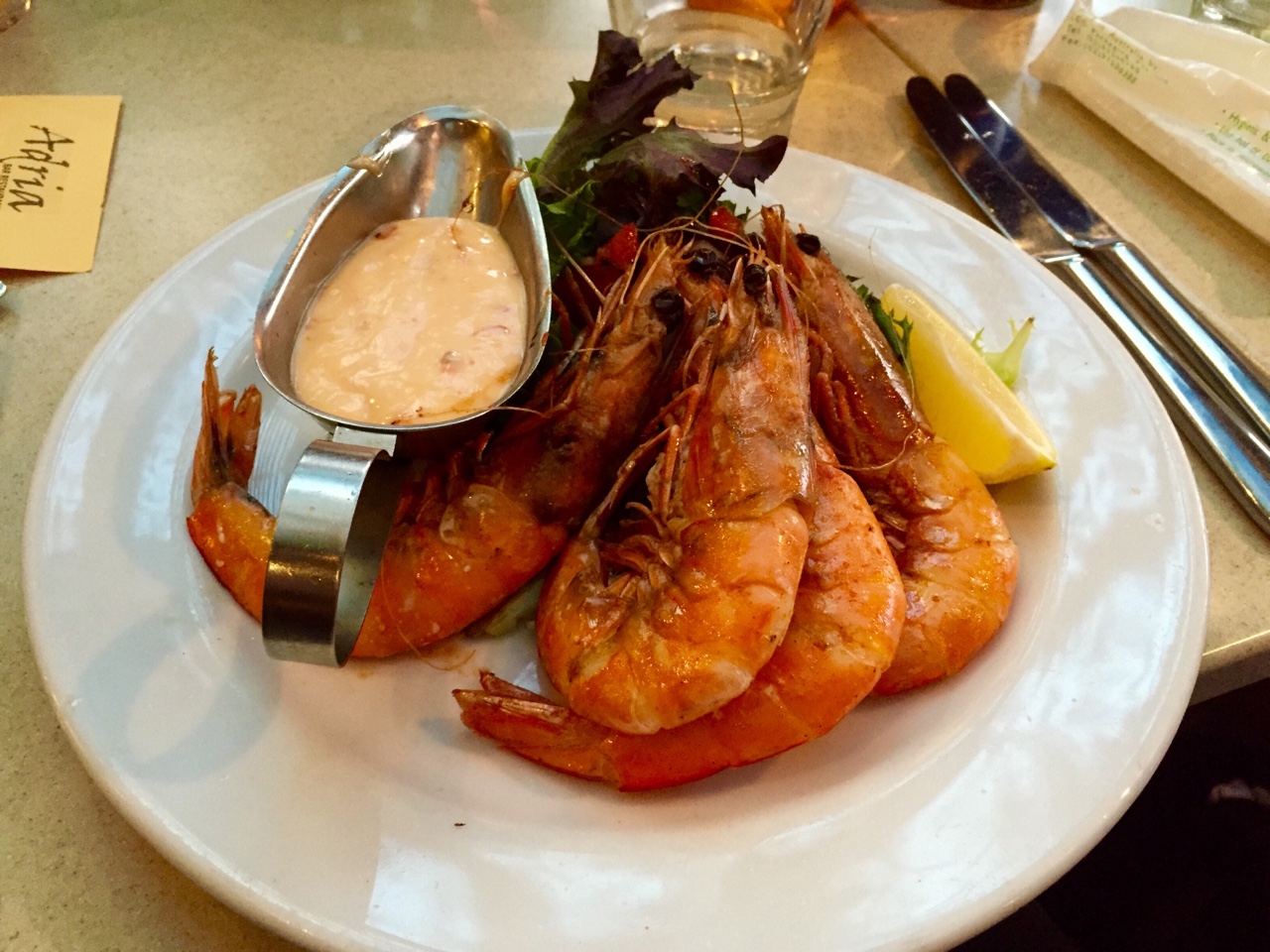 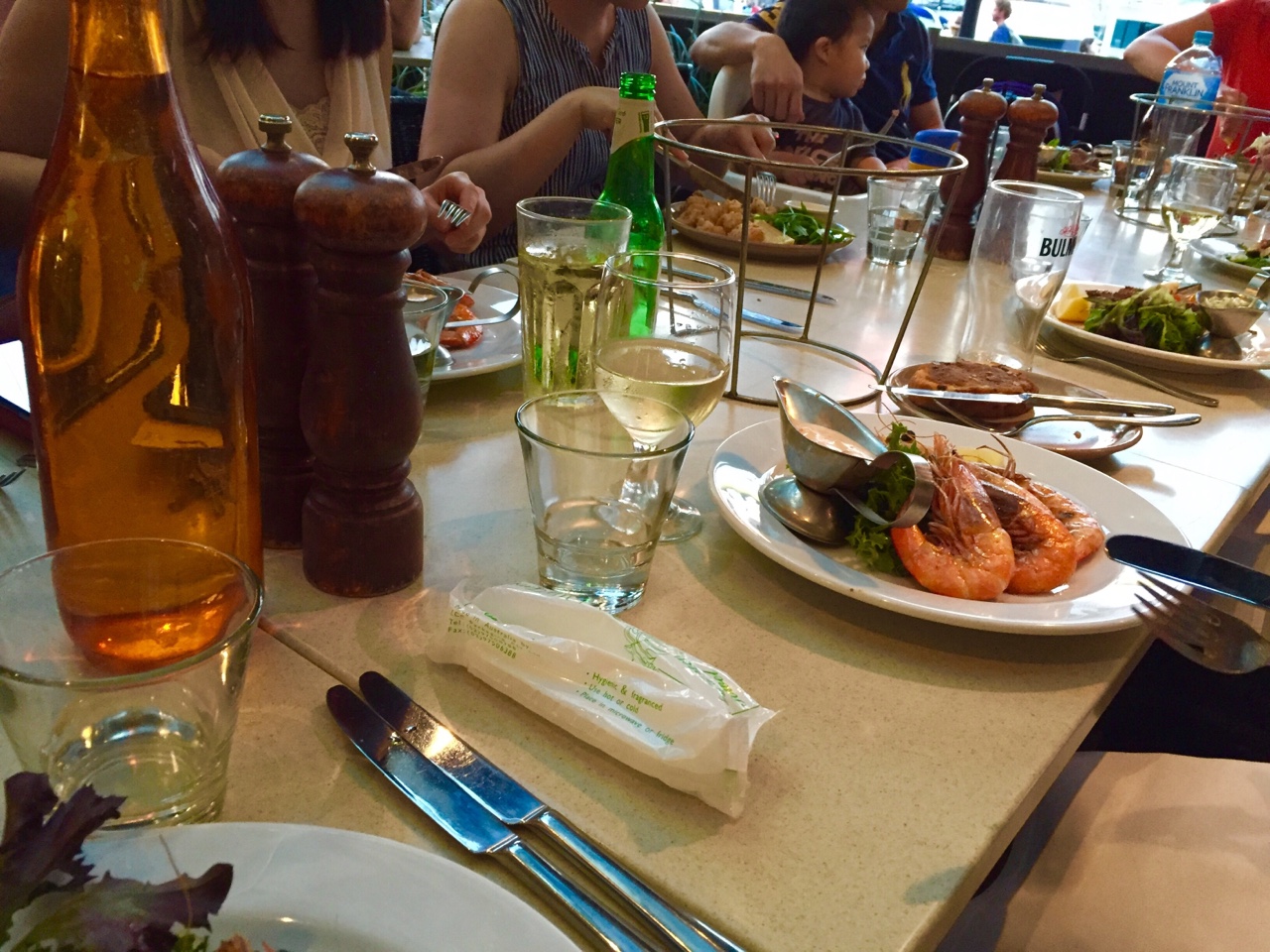 I believe we had to order a set dinner because there was like 10 of us. Don’t know why. Maybe it was cheaper? Easier to settle the bill? I have no idea.

I didn’t organize it so whatever.

For starters I chose the prawns and DAMNNN they were BIG AND GOOD. Usually when you order prawns they are small as hell and aren’t that good.

So yah I already knew it was going to be a GOOD NIGHT. 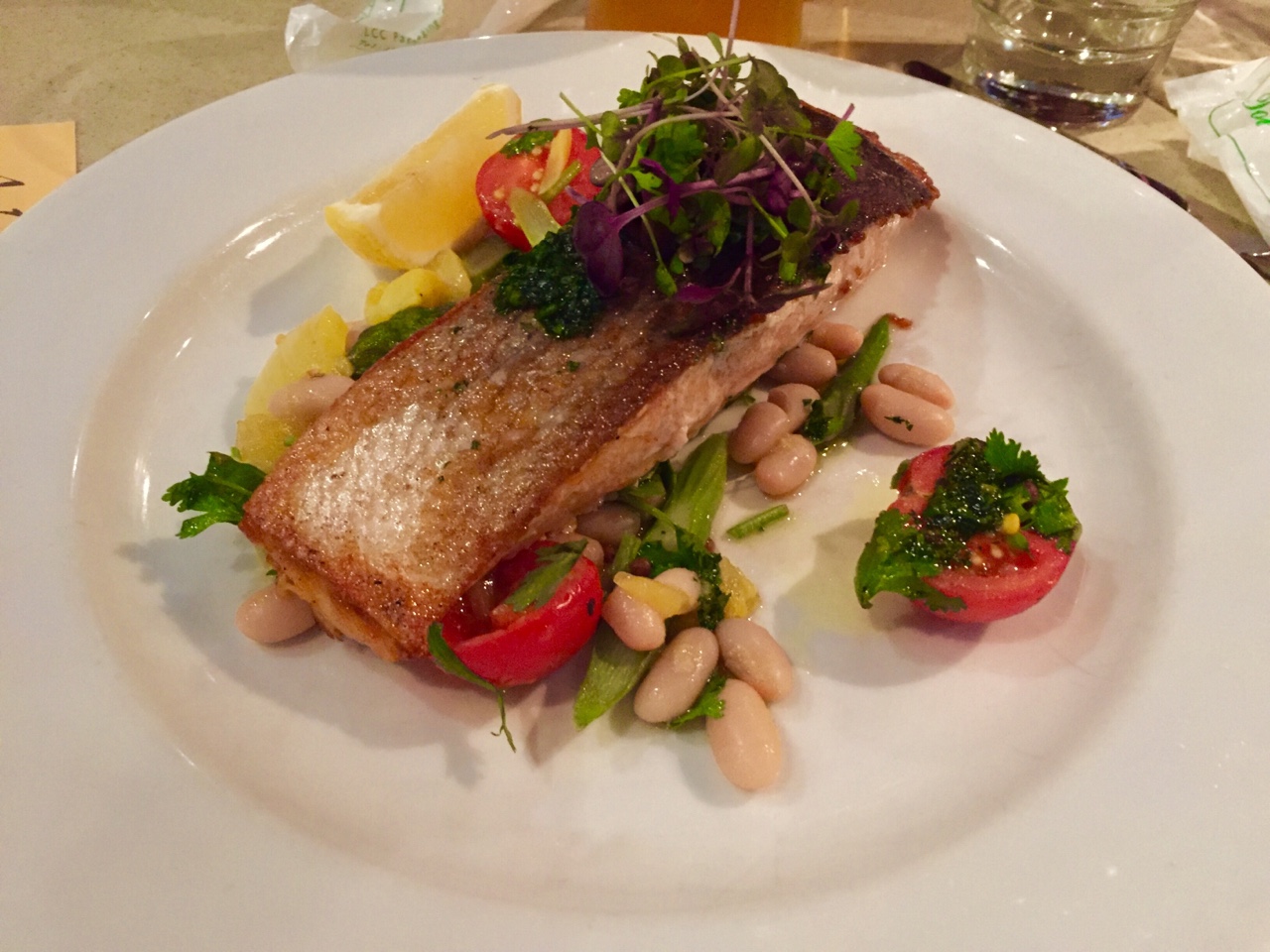 I ordered the salmon for mains. fucking delicious again. I didn’t get the meat because Le GF said I eat too much meat.

Who says that anyways?

But I happily obliged…. 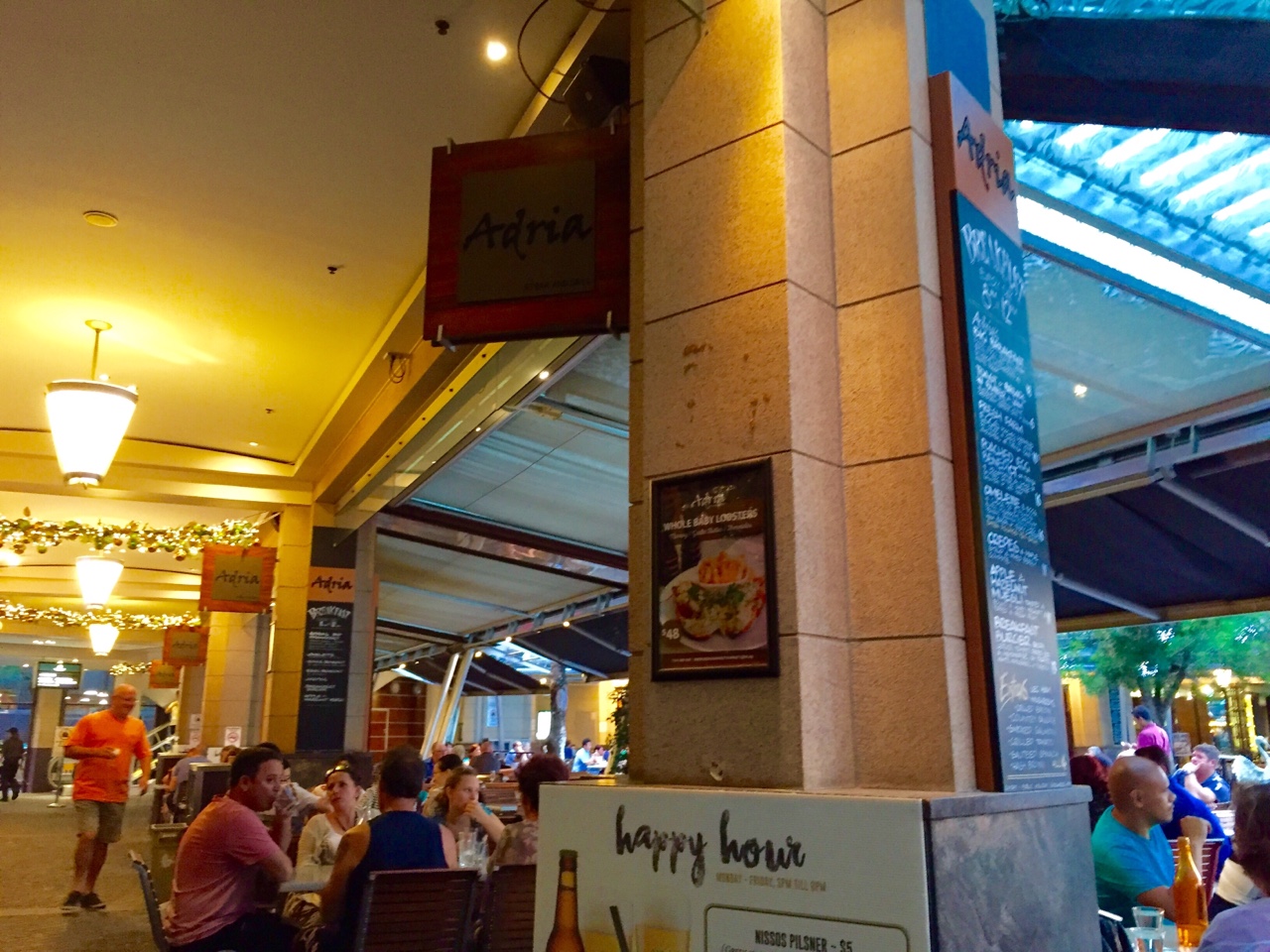 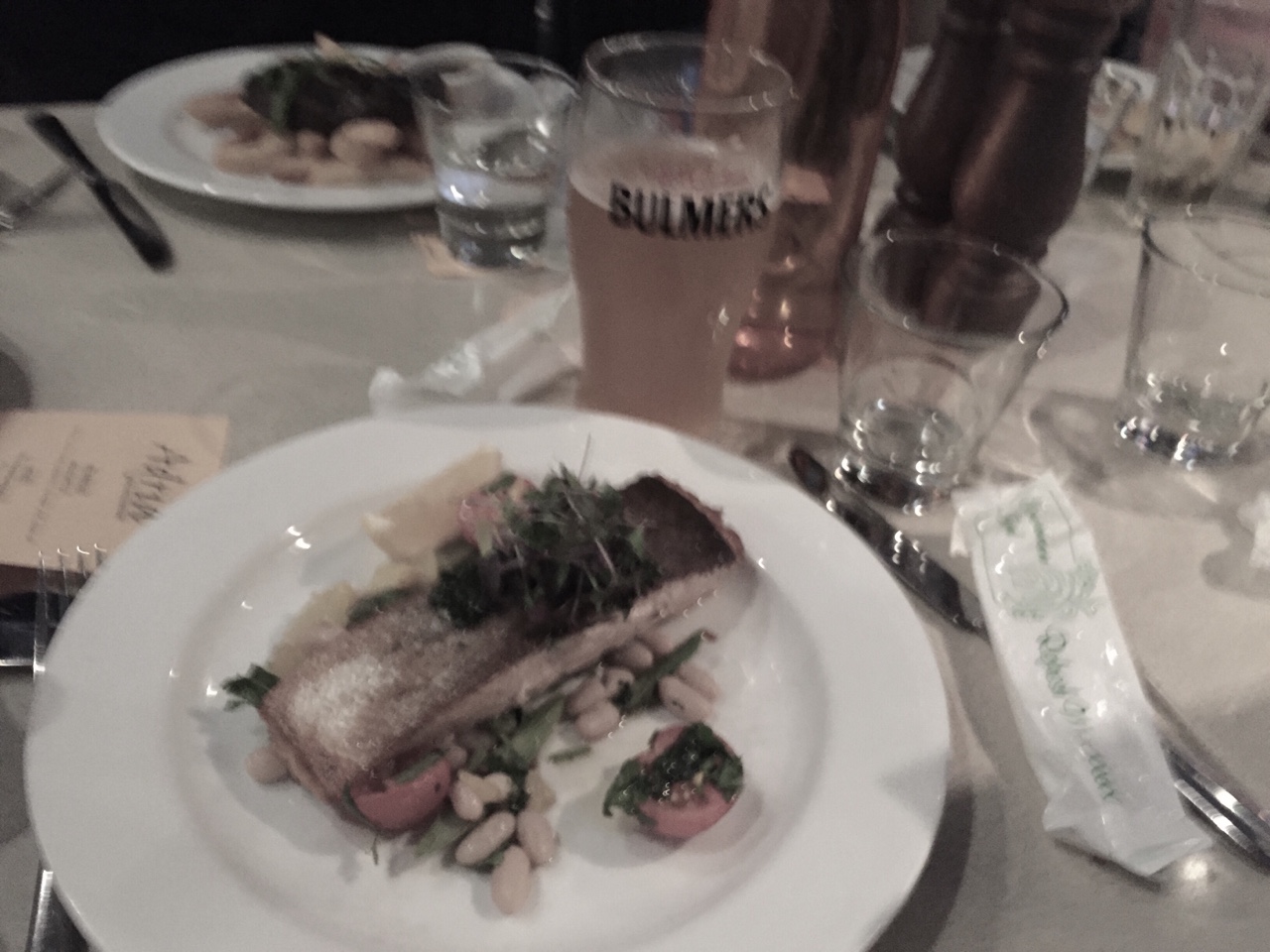 This was a shitty photo on my part so I greyed it out haha.