Life boss claims the Tai Hang bar and grill is owned by Australians.

We decided to check this place out because Life Boss was getting on a plane in a couple hours and I was going away for a business trip for two weeks (in Bangkok).

The restaurant is super cool because it allows you to bring your own beer or wine, and since we are fancy shit we brought a bottle of wine, which was not that good…..

Life Boss failed that one. It was super sweet. Didn’t like it.

Sat down, read the menu and saw ribs.

My immediate thought was to NOT order it. Have been burned so many times, eating shitty ribs in Hong Kong. Like fuck why can’t Hong Kong get their shit together and do some good ribs?

But Life Boss did say this was an Australian joint, and if there is one thing the Aussies do well, is Ribs. So with a leap of faith I decided to get their ribs.

All was well until the waiters came to me twice, asking me if I wanted the full rack or a half rack. Full rack was like 12 bones while half rack was 6 bones (no shit). I am like the hell?

I am a man dammit! Don’t try to crush my manhood in front of life boss! Now I absolutely have to order a full rack, now that you have challenged me in front of the world.  Challenged me to a rib dual. Me against the full rack of ribs. So fuck you give me the full rack and let me know show the power of Choi to Life Boss.

But secretly I said fuck as this was going to be big fuck in my ass and that I will die.

And big as fuck it was. Damn. My everest. 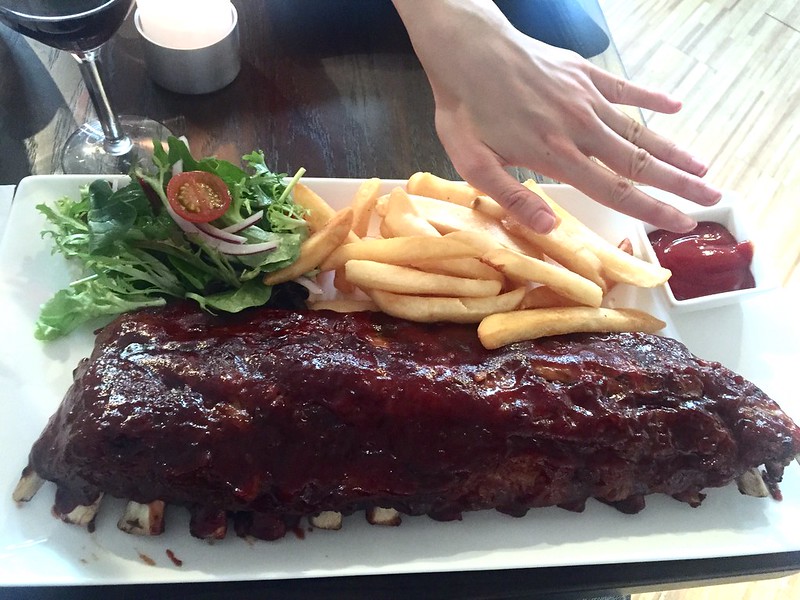 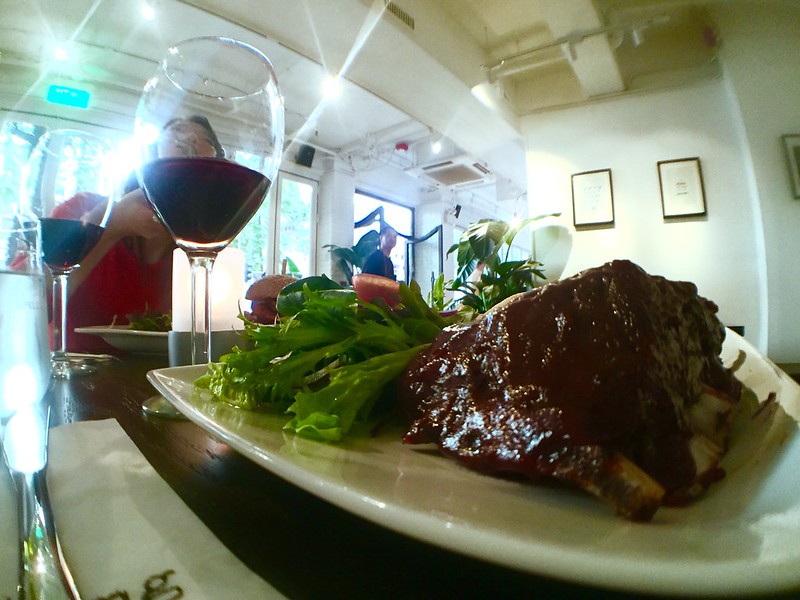 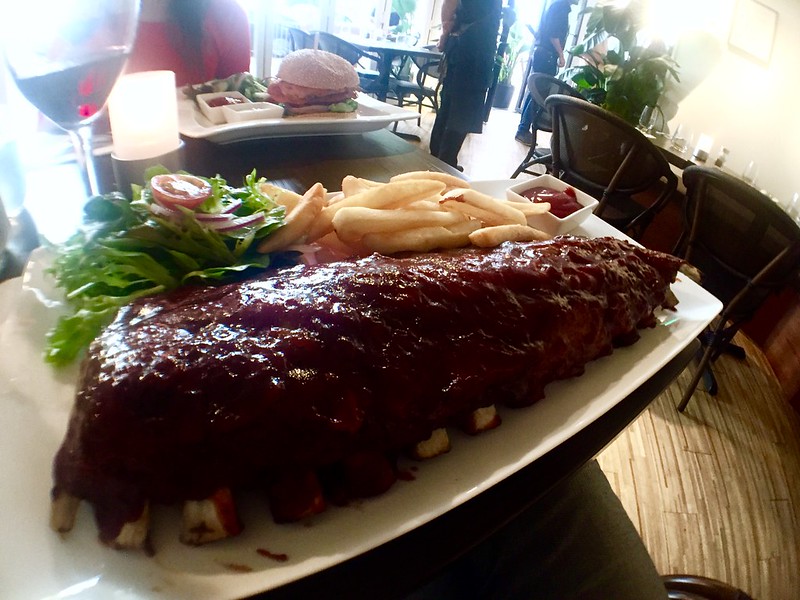 Now this was not as big as Hurricanes in Australia, but it was pretty damn big for Hong Kong standards. Let’s cut to the chase, I couldn’t finish it. Left 3 bones on the table. Yes…my manhood has been crushed. Next time I will order a sissy salad instead.

Would I order the ribs again? I don’t know. It’s not SHIT I can tell you that. But it also didn’t BLOW me away. The meat was pretty dry, and it wasn’t too marinated so not a lot of flavor. But it still beats 50% of the shitty ribs out there in Hong Kong. Yes the rib landscape here in Hong Kong is that sad.

Life boss got the chicken tikki burger which was a huge surprise because she ain’t a fan of burgers. She said it was super delicious, the chicken was juicy, and she super satisfied with her meal.

Good for you. I guess you won this meal.

Total damage? 500 HKD. So yeah..on the fence about this one. Not bad, but not OMG I need to come again. 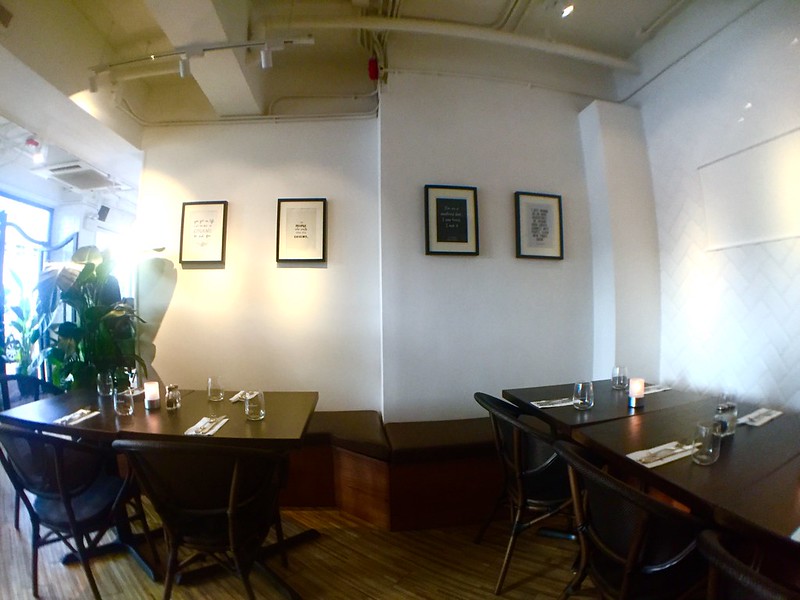