I had no idea I had dinner at Kang Ho Dong’s fried chicken restaurant.

For those that don’t know who he is, he’s a celebrity. Google him. He looks kinda funny haha.

This was all by chance, there is literally 4 chicken and beer restaurants in the same alley way. Didn’t really have a preference, so I just went with 678 because they had cartoon’s and shit.

And shit, they are a global franchising company??!?! damnnnn…

But why is their logo superman? mmmm… It’s like a fucking cartoon. Good way to attract people…people like me. 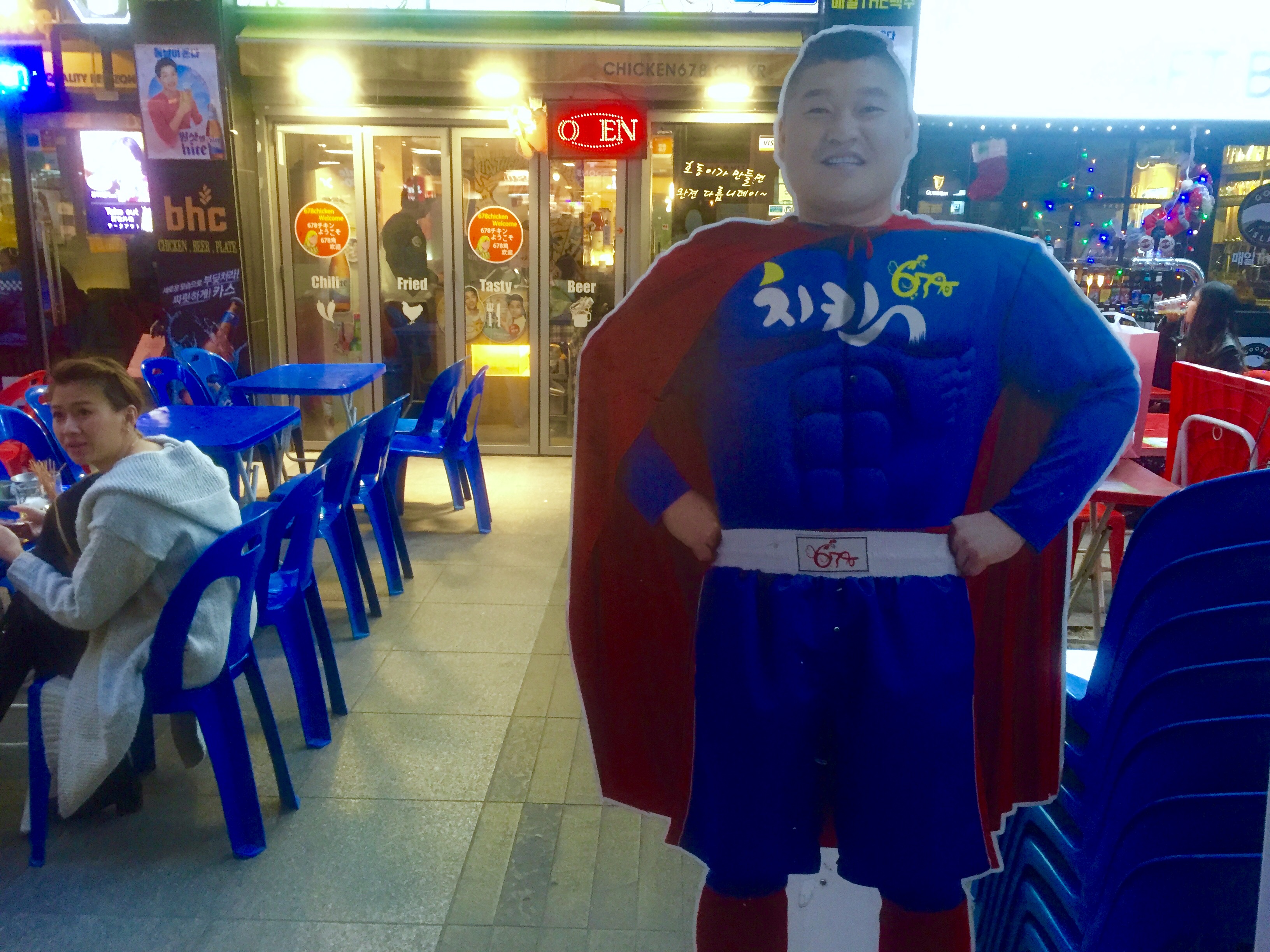 Anyways, I asked the server what their best chicken was, and it was the “Hot Honey Saunce Chicken Wings”.

Okay. Fine give it to me man!

It came and I am like what the fuck…. 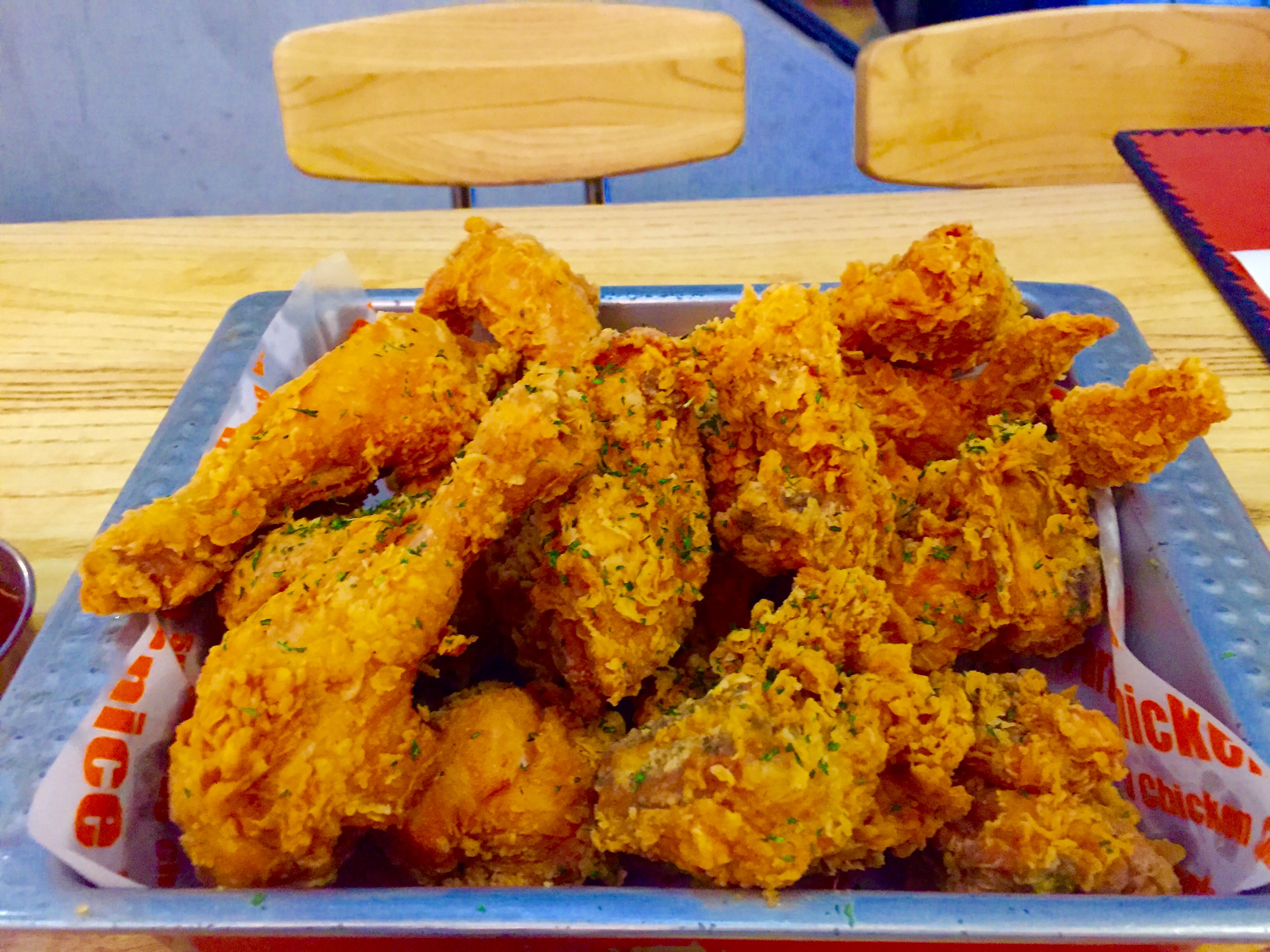 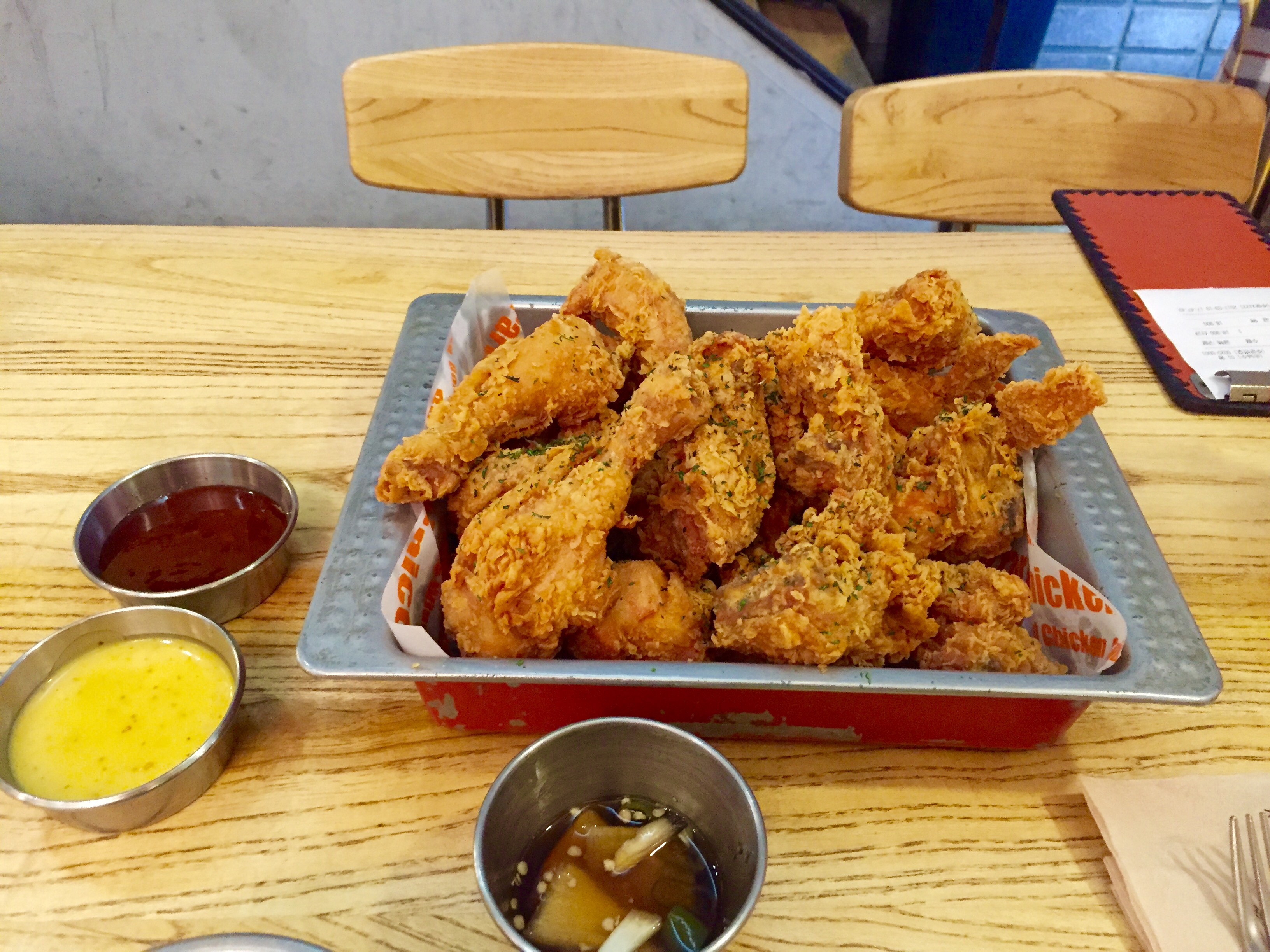 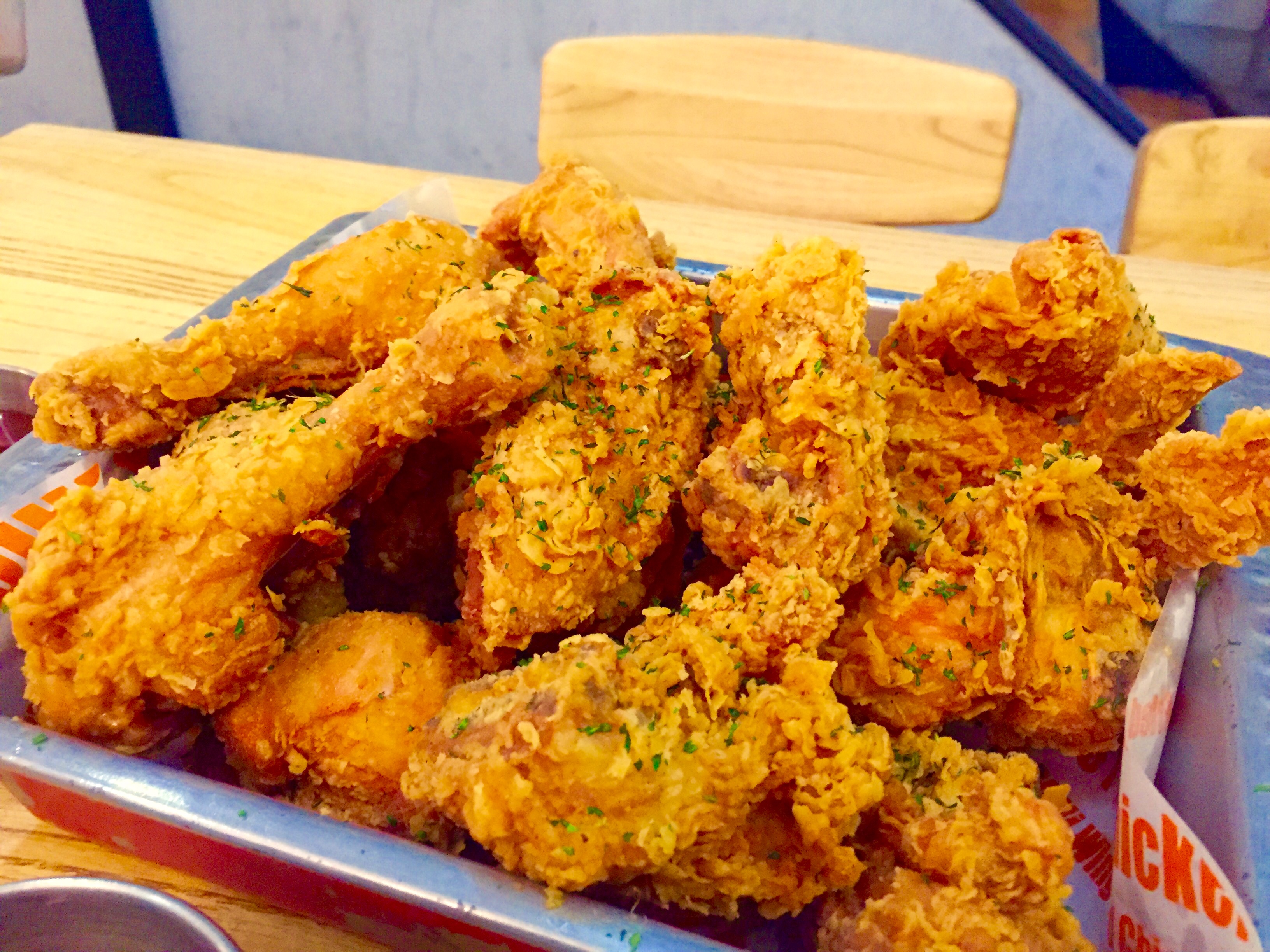 Like…fuck..how am I suppose to finish this….(I couldn’t finish it for those that are wondering).

So first few bites, I thought this was the most amazing shit ever. The chicken was so damn juicy.

But a couple of bites later…it became kind of bland…

They gave me sauce but man..I thought the sauce was already mixed in…yeah….it needs more taste. If you want to franchise globally you need to spice up your chickens man!

Listen to me. Hire me as a consultant. Come on!

This is why I decided to go to the restaurant. Front of the store also looks like a cartoon haha.

It was good, but not like a crazy good kind of way. When I left I saw more people in the next restaurant…so I might try that instead. 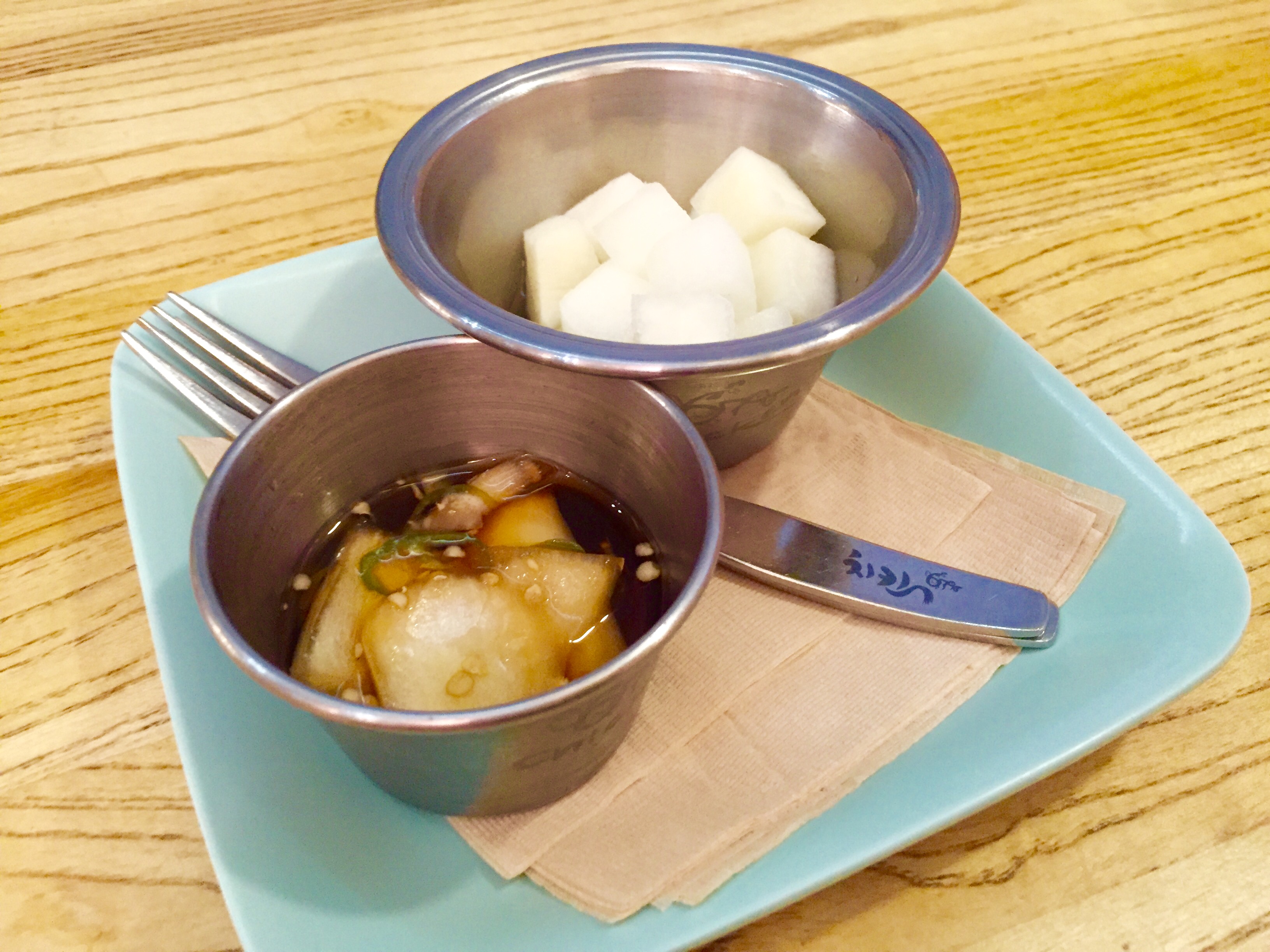 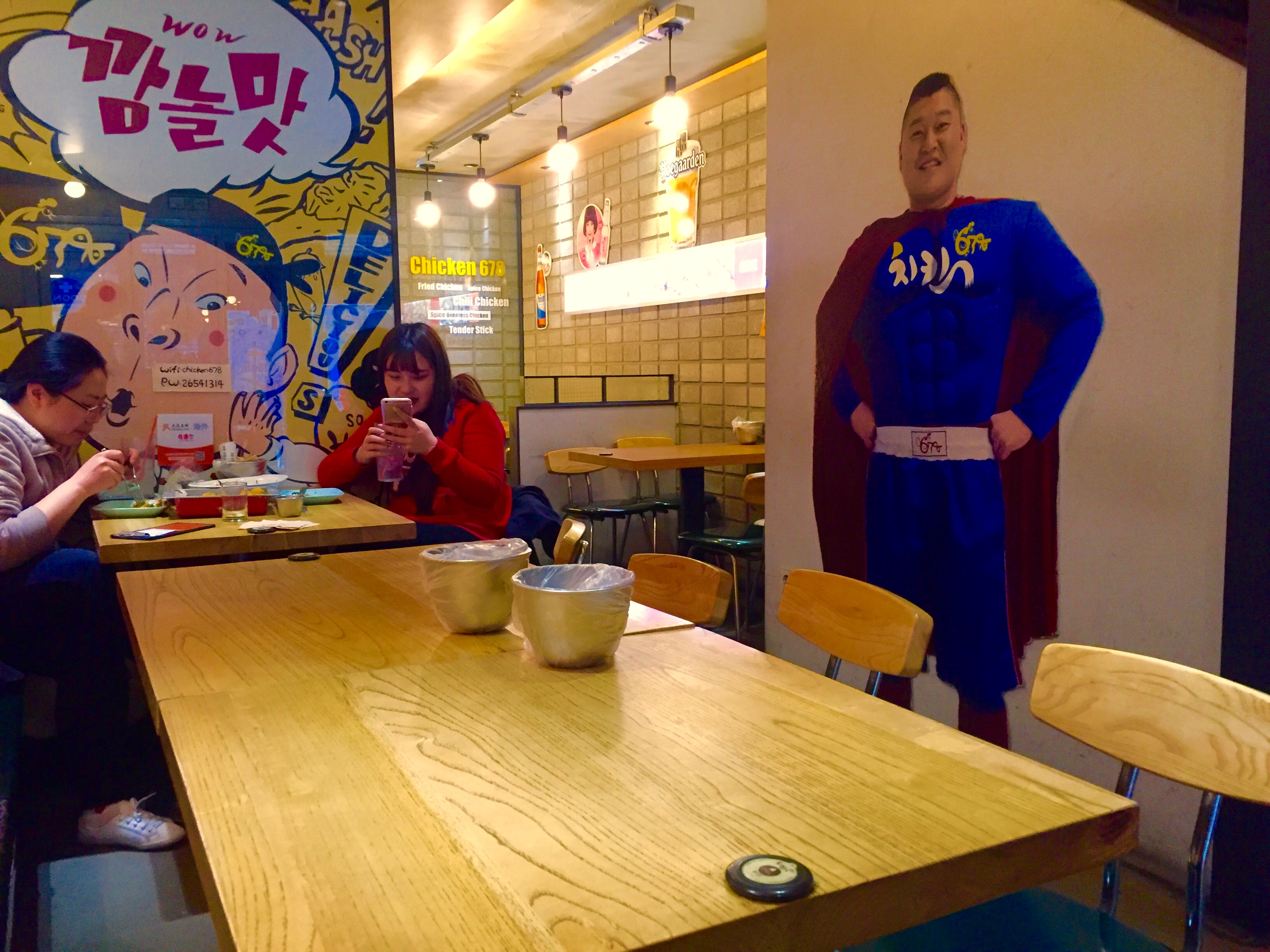