It was a beer lunch kind of day!

My last day at work so I wanted to celeeeebrate in style! And what better way to celebrate with a pint of beer on a hot sunny day?

The answer is NO BETTER WAY! As such, my delicious cold beverage was obtained at this pub called  the Hop House. They have a wide variety of beers!

The beer that I got was the Vedett Extra Blonde. Wasn’t a fan of it. Too watery, not a lot of taste. Got an IPA after which I forgot to take a picture. The IPA was muuuuuuuuuuuuuuuuuch better! 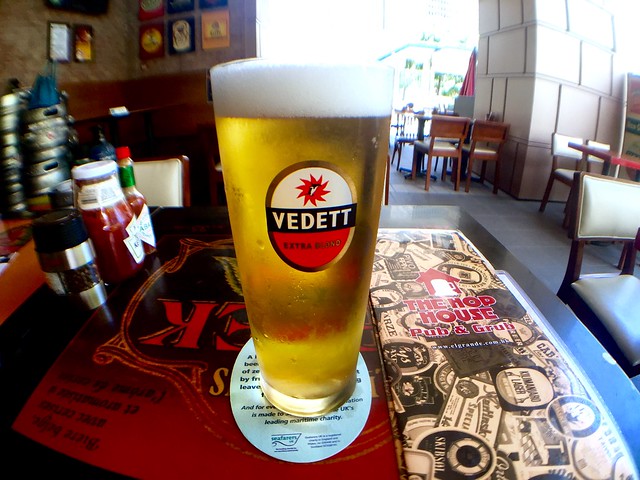 Yeah you sit outside, but it wasn’t that hot. I don’t know why. We were in the shade I guess? Maybe there was a couple of fans blowing at us? Who knows.

We all got the set lunches because we broke as fuck. And with the set menus comes with a soup (or salad). The soup was beef + tomato soup. It was aight. Ain’t the best soup around. Not that shittiest either.

For my main I got the Roasted Half Chicken.

Fuck so good. Juicy and tender. With the barbecue sauce it’s just heaven.  What a great little gem this pub. They even have Steak Sundays, 112HKD for a 10OZ steak! Shittt must try…. 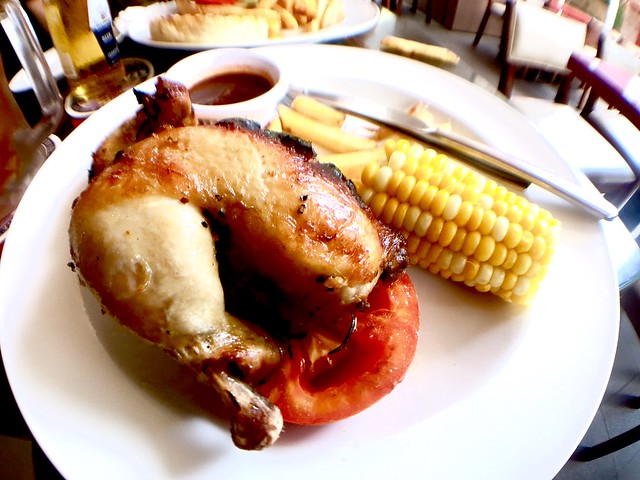 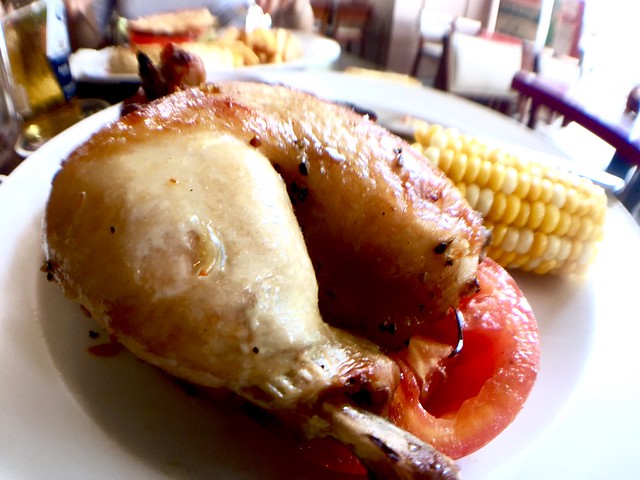 Was told the Lasagna is one of the best in Hong Kong. I tried a bit and it was damn delicious. Must try next time. 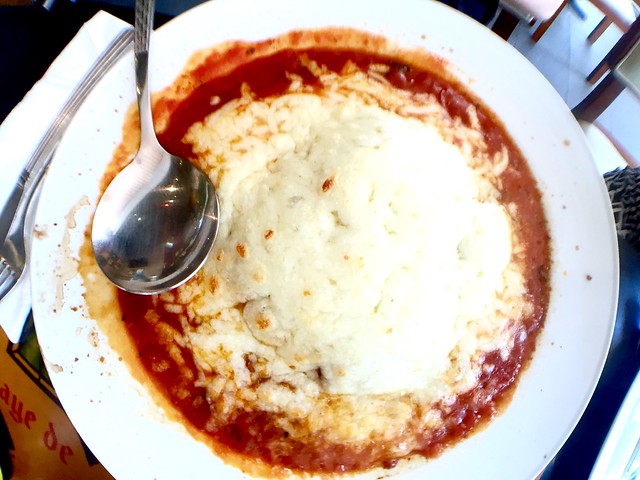 I had a great time here, which is guaranteed since I already had two beers in one sitting.  Was already light headed at the end of the meal. Man such a weak sauce. And I even went to play basketball after.

Not the smartest move on my part. But I love you Hop House. Will be back.