When Choi is off and have nothing to do (Life Boss was at work)…….

Choi tends to google what good places there are to eat. Choi literally googled “Good brunch places in Hong Kong”. Thousands and thousands of results came out. But one particular restaurant name caught my eye.

SHIT. Fish AND MEAT. Fish I can eat, but with MEAT? BAM you won me over already.
This place is located in Central and if you want the exact location then just google it!

I came for lunch so naturally I was eligible for the lunch set. A lot of choices! I was initially leaning towards order a fish dish but my craving for meat took over and I had to order a Canadian Pork Loin. The server asked how I want my pork done? Huh? Isn’t pork supposed to be well done? I just told her let the chef decide..which apparently was medium rare…at least I didn’t get sick.

I don’t know how to describe it because I forgot already (it’s been a week or so). But just take my word for it, it’s delicious. And I see why they recommend the pork to be cooked to medium rare, the juiciness and tenderness of the pork was still there! Not tough at all! Good job! 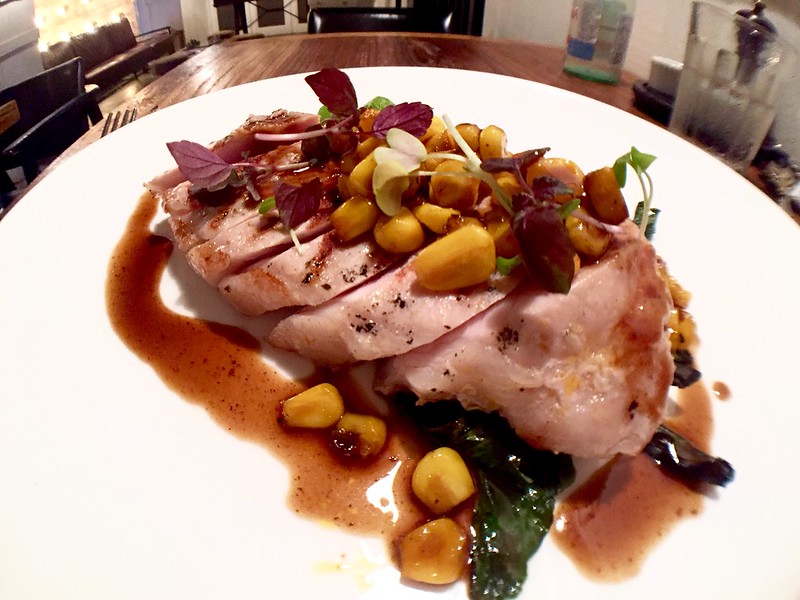 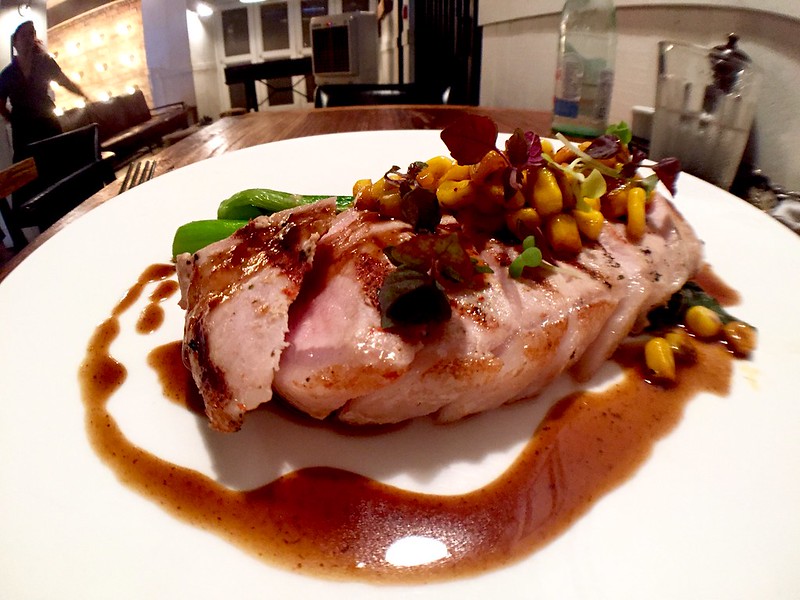 Hamachi was the starter of the meal. Very fresh! By the way this should have been the first picture…not the second..anyways who cares. 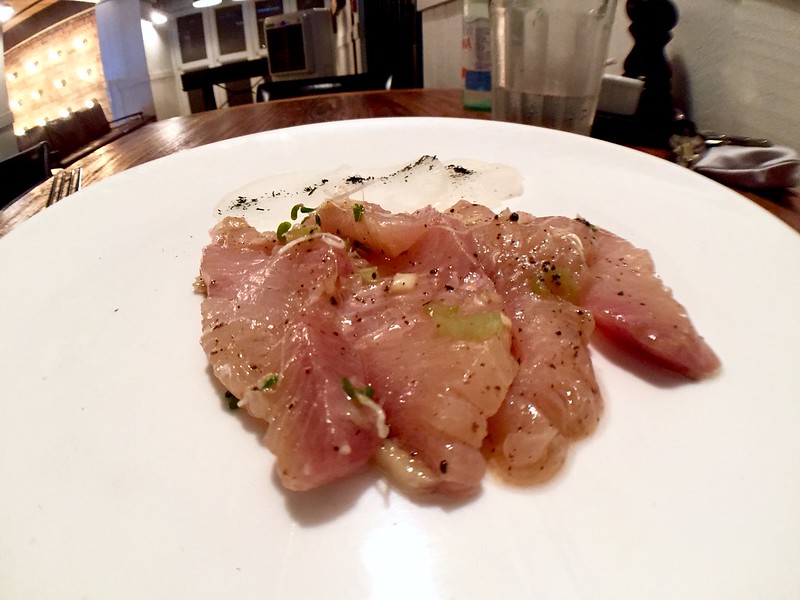 After the meal I was still a bit hungry, not because the portions were small but because I didn’t have any carbs! So I a lemon tart =) 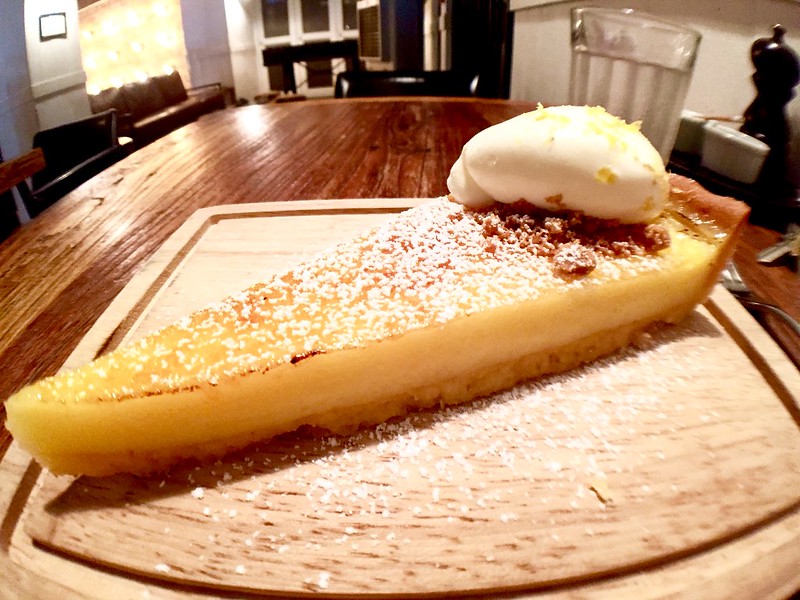 Got the bill and the waitress told me the lemon tart was on the house! Now that’s service! You definitely have me coming back for a second time, to either try the steak or the fish! 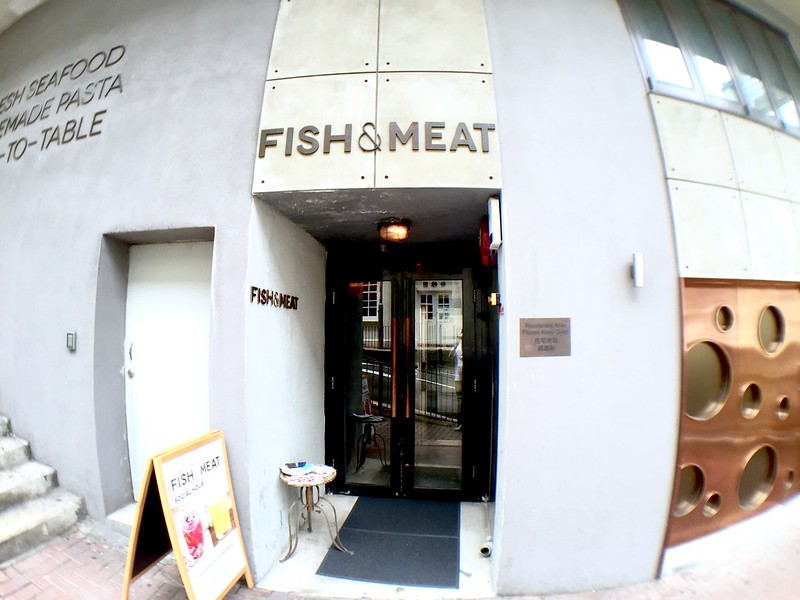 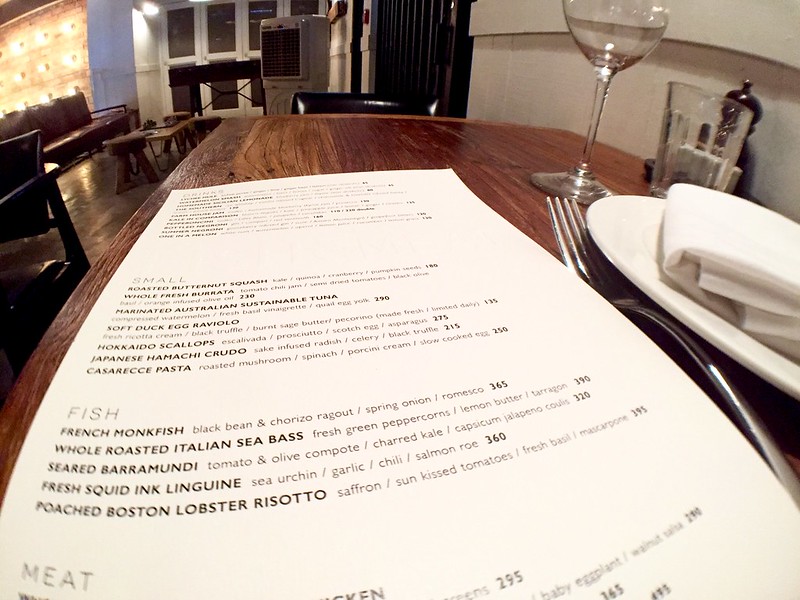 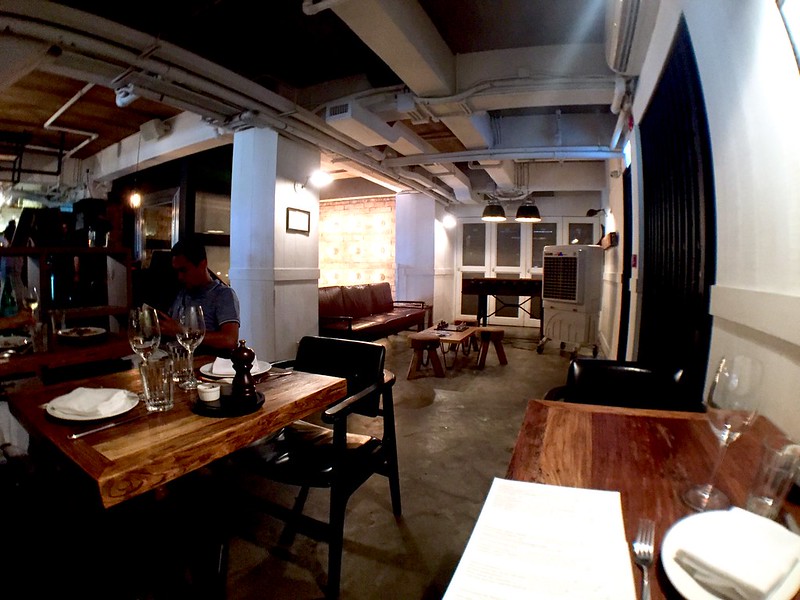 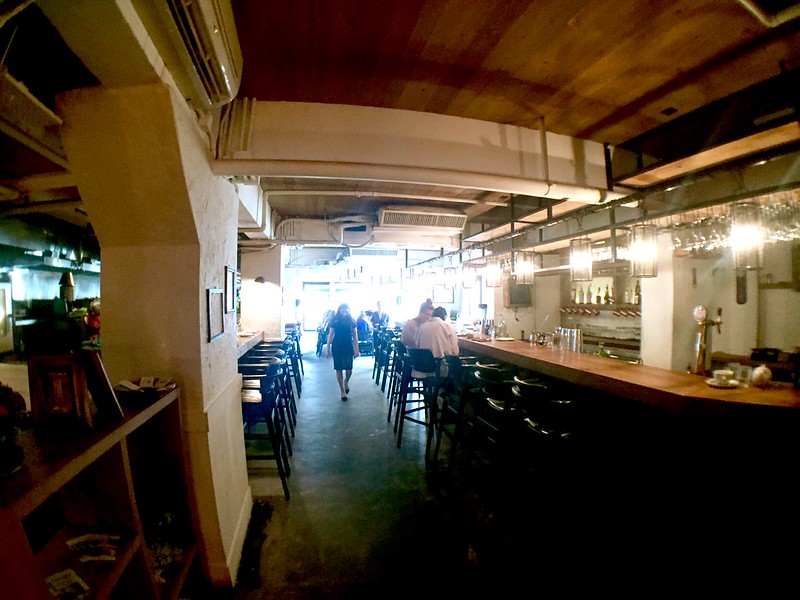