Lau Pa Sat is a food centre located in downtown Singapore. I came here because my work boss says this place has awesome satay food!

However when I got there no satay food stalls can be found. What the hell is going on?

I wasn’t feeling well either so ugh fuck it, let’s just eat whatever is available here. 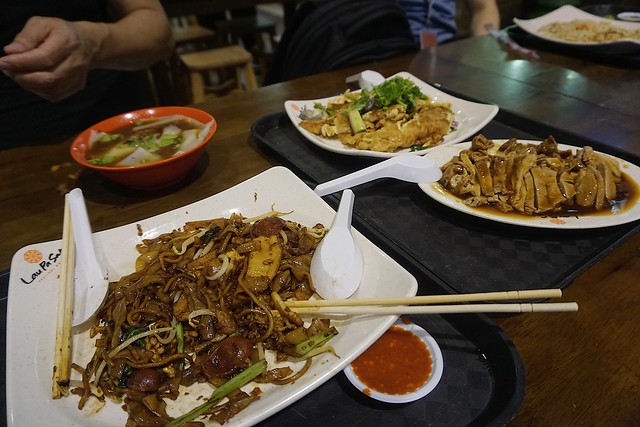 The food was alright…kway teow was my favorite. The oyster egg was average. I can tell Le Father also thought the food was average because he began to look for other food stalls..and proceeded to order some random shit that I have never seen:

Yep, I have no idea what le father ordered. I know I asked him but was sick that day so memory is quite shot…..

Apparently Lau Pa Sat used to be a historical building transformed to a food center. That’s cool. Too bad your food is average…..I rather go to Maxwell Center..