Did you know Gold Coast is actually a city in the state of Queensland?  You probably do….but I had no idea until the girls told me we were no longer in Brisbane.  That we were in Gold Coast.  That was cool, since Gold Coast has one of the best beaches around called the Surfer’s paradise.  Since we were around the area one afternoon, we decided to go for a stroll. 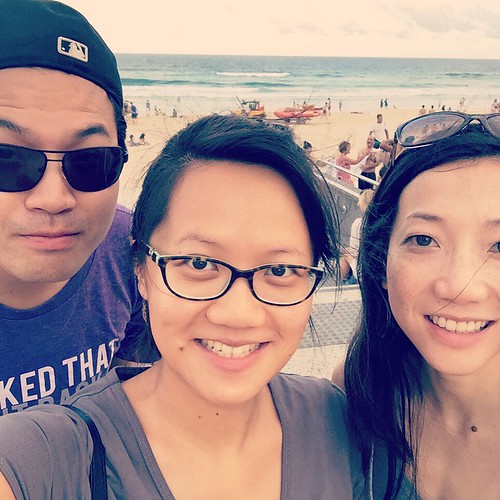 I would love to give you guys directions on how to get to surfer’s paradise, but all i did was rely on my GPS.  I really recommend getting a GPS if you are travelling and is driving.  It will save you ton’s of time. 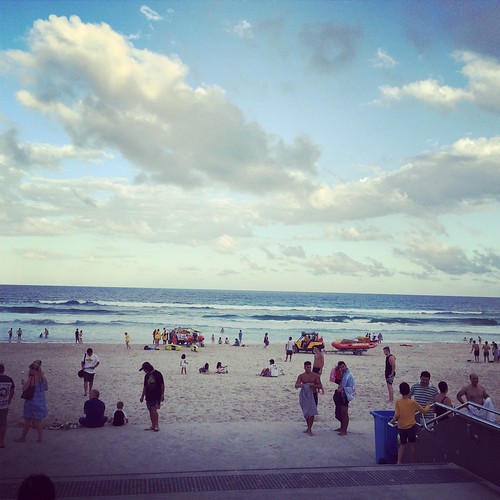 The beach itself was busy, but it wasn’t packed.  But then we didn’t arrive till like 5 in the afternoon so that’s probably why there were less people.  The sun was still out though =) which is great.  A couple of days ago there was a big snow storm in Toronto…so hahaha…suckers.

Here’s Julie in front of the surfers paradise sign: 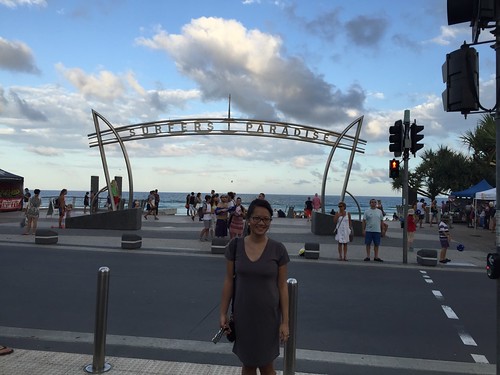 Along the beach you will find there is a lot of shops.  Selling weird stuff…for example this sort of lighting ornament: 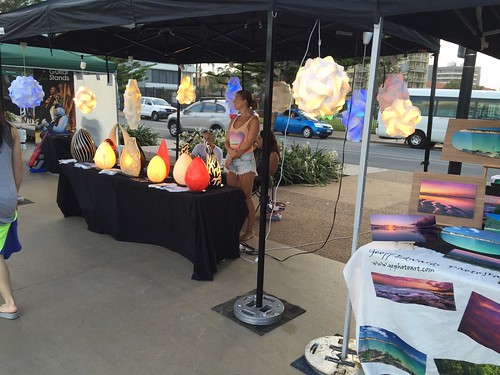 Why would lighting ornaments when you are visiting a beach?  am i going to be like “I’m getting a tan……oh wait lets get some lamps”…uh weird.  But then we are in Australia where the toilet goes the opposite direction when you flush, and where February is summer.  So who am I to judge =p 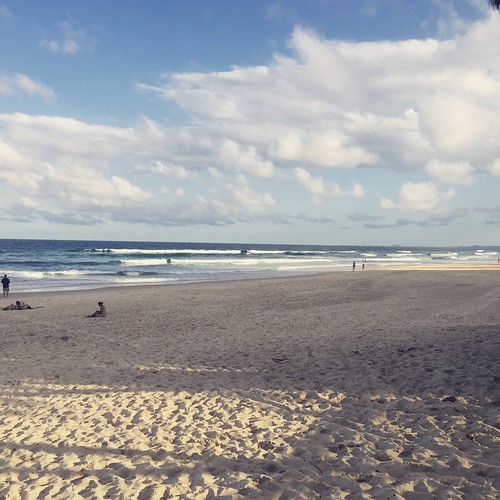 After looking through all the shops, we of course walked by the beach and water.  I mean, it’d be a fail if we didn’t if it was right there…right? 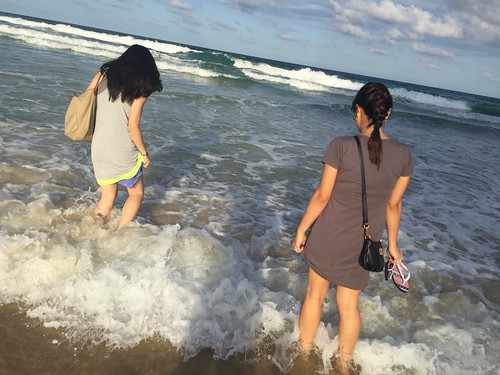 And here are my travel mates, Julie and Daisy, chilling in the water.