Met up with Steven, my ex manager / boss at Deloitte.   Decided to have lunch because dinner’s have been all booked.  Worked out for the best because he took me this awesome restaurant which I would not have went if it was for dinner (because it’s located in downtown Toronto and I am lazy).   Where did we go?  To an Italian restaurant called Trattoria Mercatto. 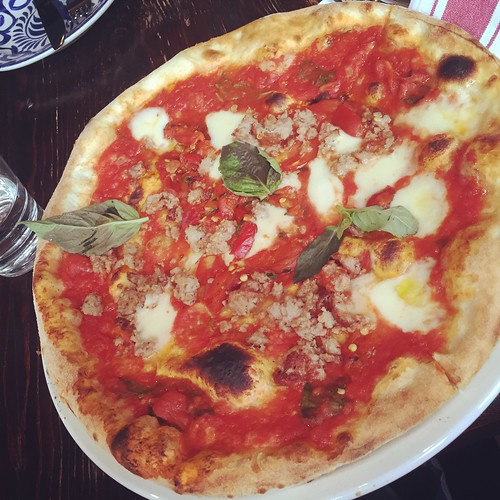 I don’t know how to pronounce that name.  He recommended that I get that Pizza, although the portions would be huge.  He was going to get pasta, and at that moment I was having a hard time deciding between the two.  Pizza or Pasta.  The eternal struggle.

I opted for the pizza.  Boy was I glad.  I mean the pasta looked good, but it looked smallllll compared to the pizza.  The pizza was a good, healthy size.  I was full by the end of it. 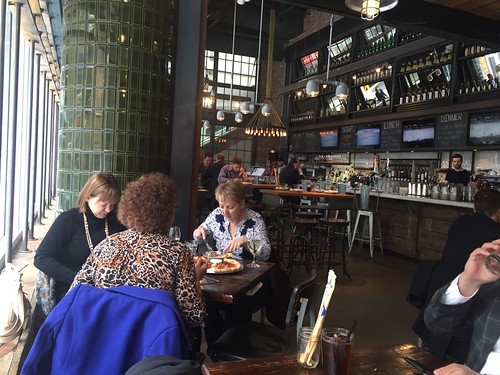 I have been getting complaints lately about how I do name the dishes that I have.  Partly it’s because I have a bad memory.  Also because half the stuff I read don’t really make sense to me.  But I’ll try to keep that in mind, starting…..now.

I ordered the “Salsiccia”.  See, you wouldn’t what the hell that is (assuming you are not Italian and not cultured like me).  Well to break it down to simple terms, it’s pizza with Italian sausages, roasted peppers, peperocini (don’t know), fior (….), and…san?? Dude this is why I don’t bother copying down what is on the menu.  What the heck is all that stuff?

Well, at least it tasted really good.  One of the better pizzas I have had.  But then HK has crap pizza (or I haven’t discovered the good ones yet), I gobbled this down in 15 minutes.  Steven was impressed. 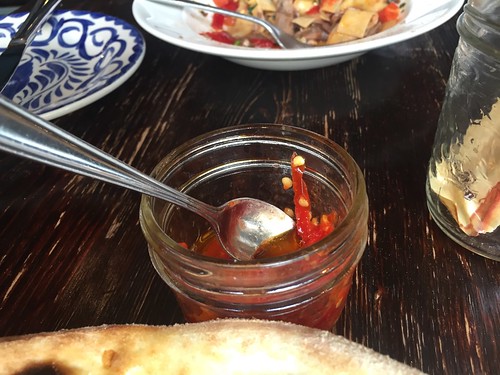 I also have to mention this awesome chili sauce, that YOU HAVE TO GET.  It’s called…well..chili sauce.  It’s hot, but its so….so good……Took a really crappy picture of it because it was near the end of our meal.  Oh well. 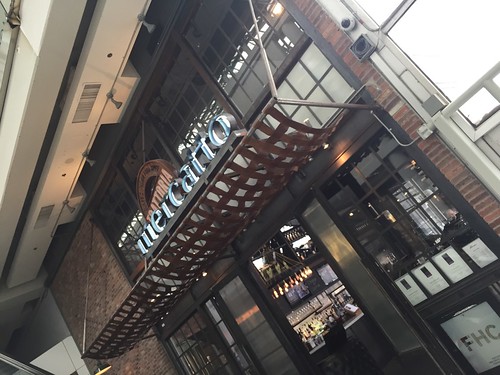 The place is located at Eaton Center in downtown Toronto..I want to say it’s on the 3rd floor but I could be wrong.   Website is http://trattoria.mercatto.ca/

…and what do you know,…there’s different locations in Toronto.  hahha. cool. 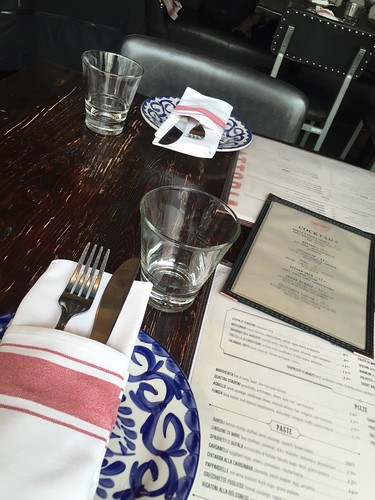