Okay I think I cheated a bit….

I probably could have combined this post with my other Patriach’s Pond. Oh well, it’s okay to cheat sometimes as long as it’s not affecting anyone. Right? And this restaurant called Pavilion probably deserves a post on it’s own. 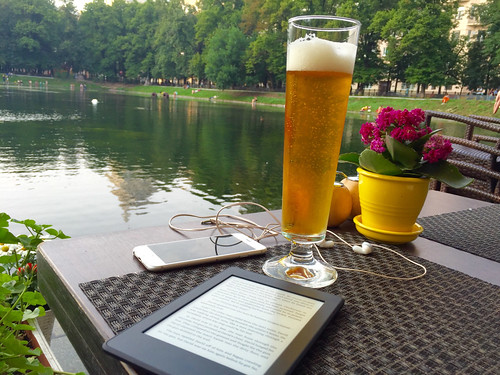 Not.  It actually doesn’t deserve a post on its own. I was reading online, this restaurant used to serve Russian food so I went and tried. It ended up serving Indian food. 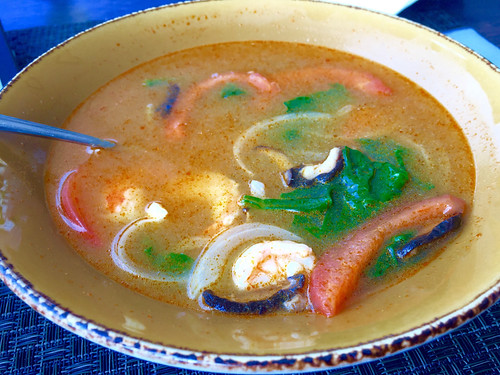 Yes if you didn’t read clearly, in my previous sentence I said it “used to” serve Russian. Don’t worry, I am also a dumbass as I totally did not see that in the online review. The food was meh, I ordered Tom Yum Soup because I was craving it, and then ordered chicken. Chicken Leg. 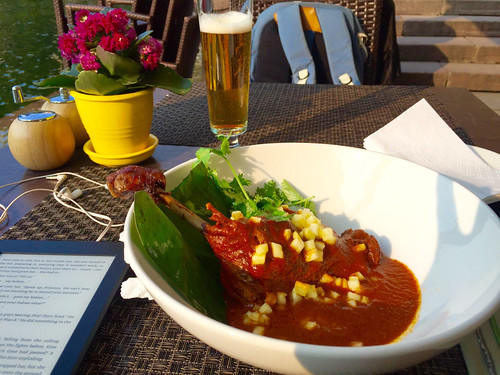 Also ordered a beer, which was much needed given that I am on my low carb diet nowadays. Really need some good carbs in my body.

Again the food was okay.

The scenery, the pond is the best selling point. That aspect alone I would come back. But then I also remembered that there was a lot of hip restaurants around the area too…so yea maybe not.

Yeah probably will skip the pavilion and just visit the pond. Then when I get bored of the pond, I will then go to a nearby restaurant.

Haha…this restaurant really didn’t warrant a post on its own…..

At least I got more reading done here….

Written from Swissotel, Moscow on August 2 2016