A UNESCO site, we were brought here by our lovely tour guide (Sami World Travels) which I highly recommend. I really recommend you getting a local tour guide to bring you around.

Without them we wouldn’t be able to go to these sites. 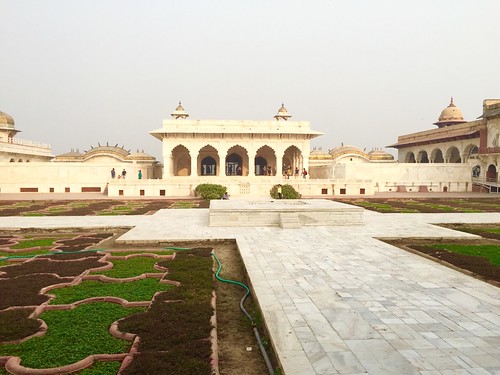 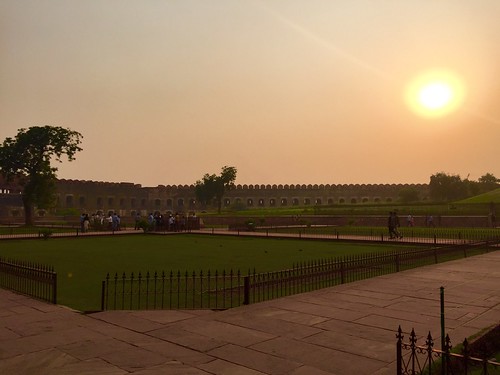 Insides of the fort.

This is a fortress made out of red stone, and was made by the Mughal Empires.

Yeah that’s cool. I learned that from the internet haha. The tour guide was trying to explain the history behind the fort, and he was doing an awesome job. I am just a bad listener…

and I can’t retain information for shit now.

That’s why it’s good to have wikipedia around.. 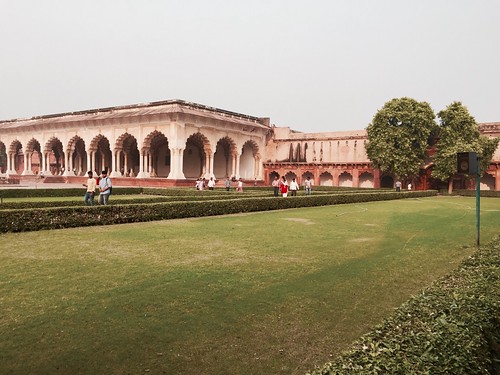 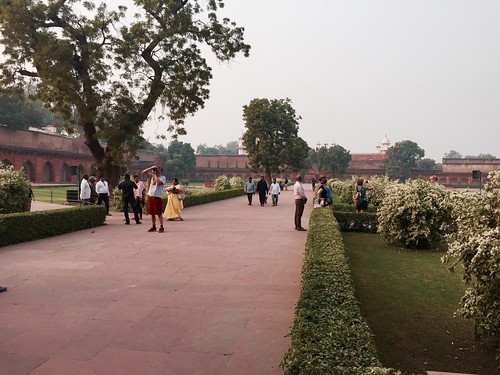 Consistent with other Indian sites, I had to pay 400 rupees. Locals had to pay 10 rupees. Great. Good job. 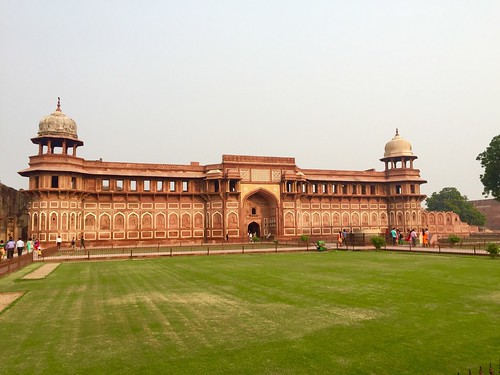 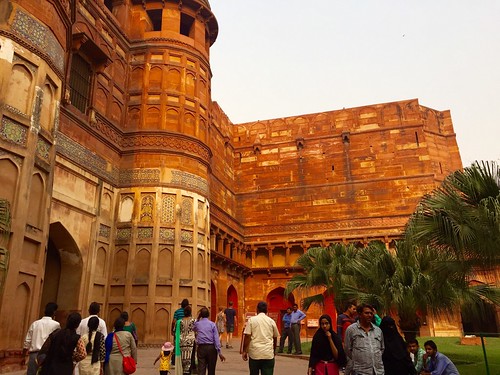 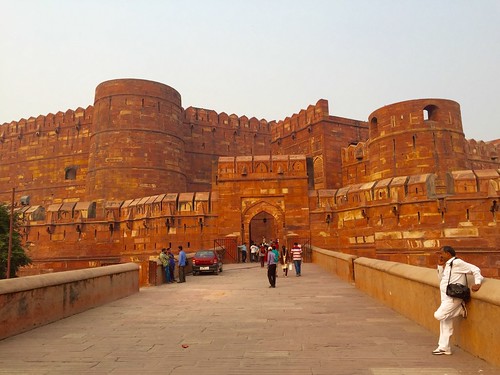 Entrance of the fort. This is similar to the red fort in New Delhi, which I only vaguely remembered. Because I was sick as fuck that time. 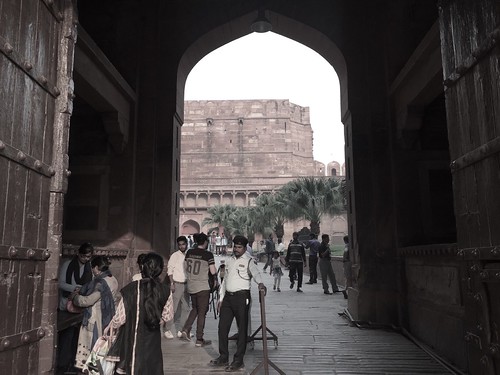 Here’s a cool fact that I retained from the tour. The King’s wife died, and was buried at the Taj Mahal. Because the King LOVED his wife, he built a tower within the fort in which you can see the Taj, which means he can also see his wife.

Here’s the view from his tower: 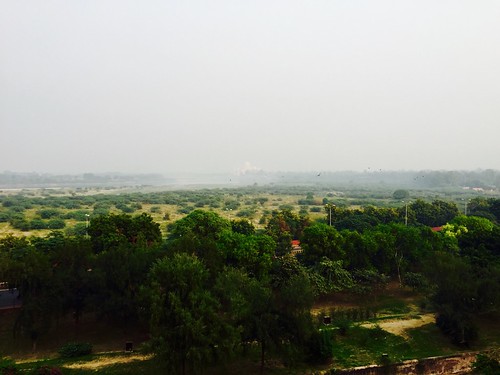 Kind of eerie that the King was in this exact position, overlooking his wife.