Go to bed at 10PM, wake up at 7 – exercise – eat breakfast and then head out to explore the world. Love it.

Yes I don’t have a night life anymore, but mannnnn  it takes me like 2 days to recover from one night of partying. Yes weak ass you can call me. But mannnn I really like my mornings now!!! The day is also so much longer…I can get more shit done.

So yes, woke up early and decided to go to the Olympic Park in Seoul. Why? Why not? Fucking love to stroll through parks!

Getting here was easy.

Just took the metro (which was super cheap) and got off at Olympic Station. Straight forward enough right? Was super awesome when I got here. Very little people, very big space. 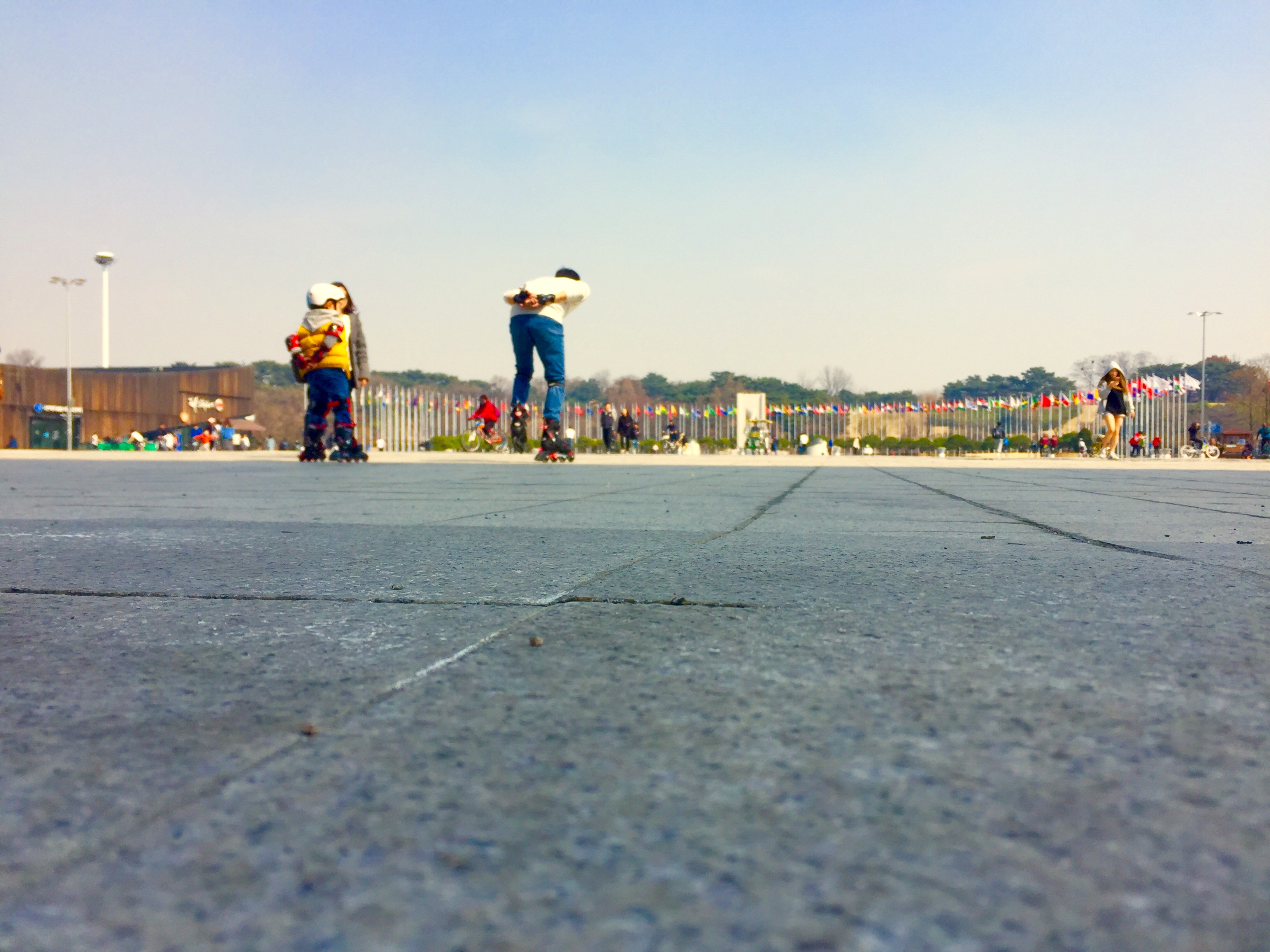 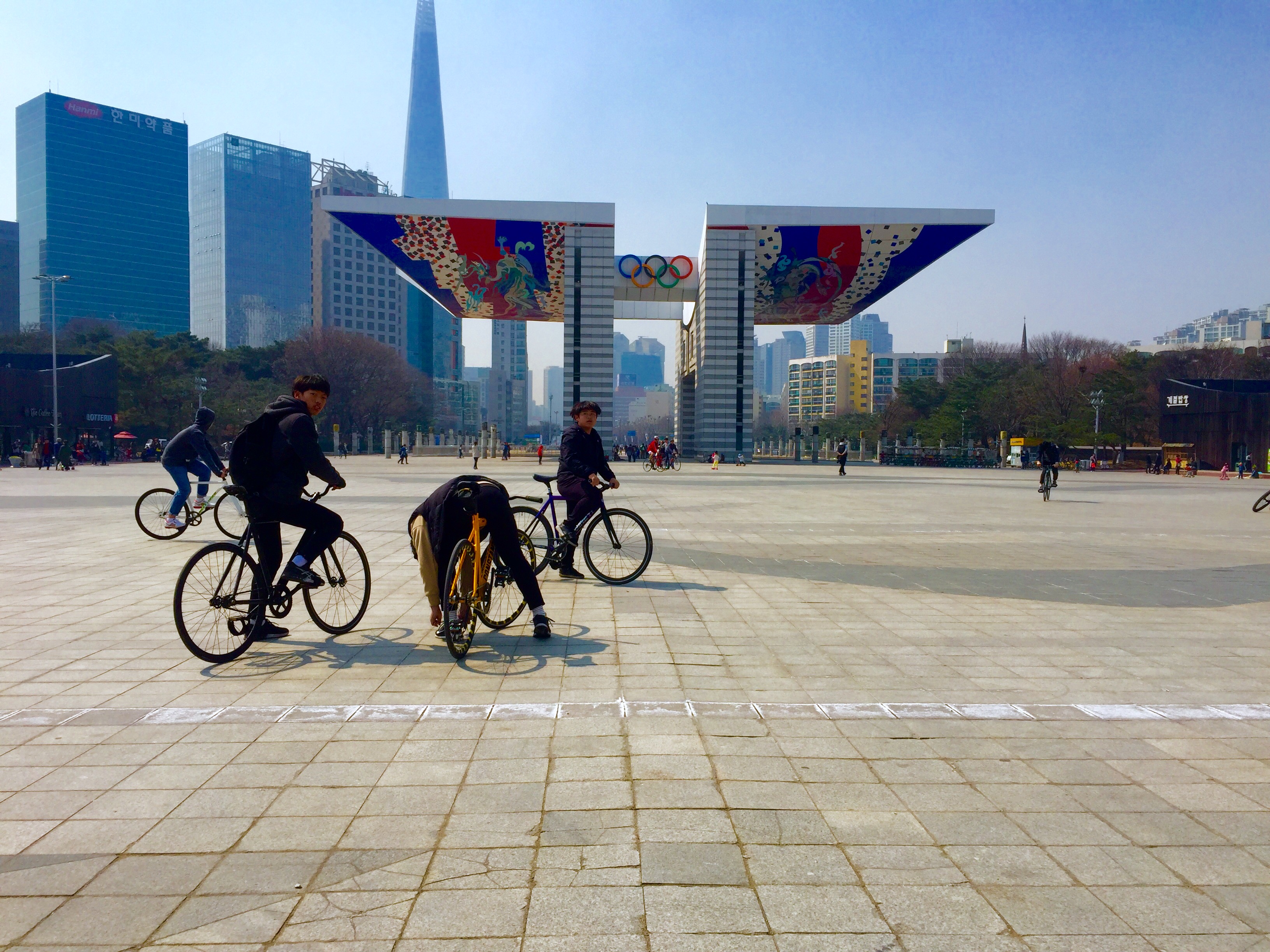 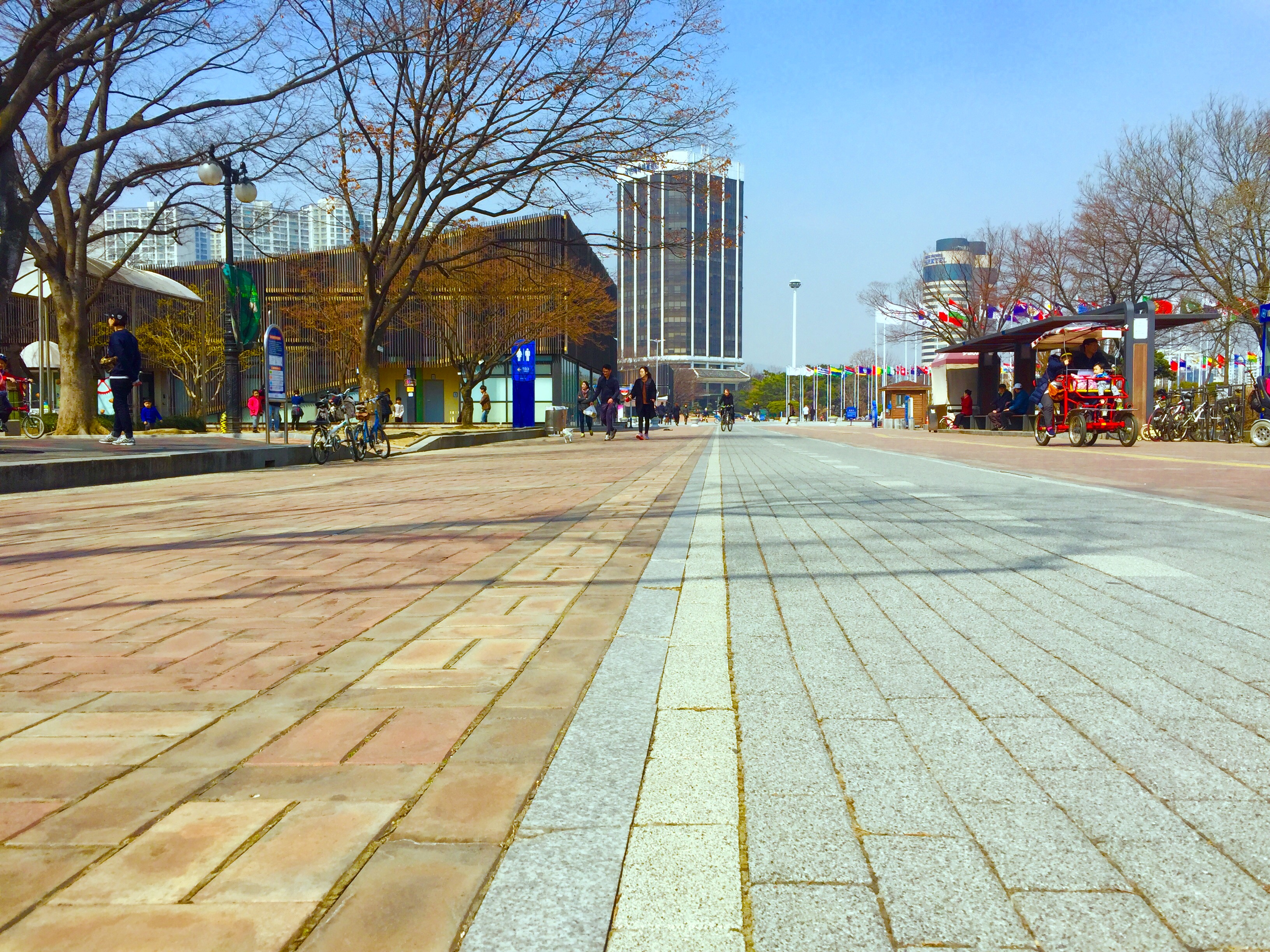 I also love the pictures I took. Think I am becoming an artist. A “photography” artist. That doesn’t make sense.

I would be a very untalented and poor one too.

But eh, I do like some of these pictures.

Olympic Park is an impressive leisure facility in which historic remains from the Baekje Era share space with modern, state-of-the-art sports stadiums, an eco-friendly forest, and spacious grassy fields. The legacy of the 1988 Seoul Olympics, the park not only houses the country’s largest sports arena, but has also become a place where Seoul residents come to relax and unwind.

Excerpt from their website. 1988 Olympics…wow I was only 2 years old. Haha. Won’t remember those games of course. The games took place I was still drinking milk and playing with dinosaurs so it’s pretty cool to visit it now.

And yes, this park was fucking huge.

Walked around for like almost 1.5 hours and I swear I didn’t see everything still. One thing I did see / do was getting some great shots of the park with the residential’s in the background.

I think this area is sort of in the suburbs? Guilttyyyy I am a suburb boy, so probably why I had such a kick ass time.

You should go to a park right now. 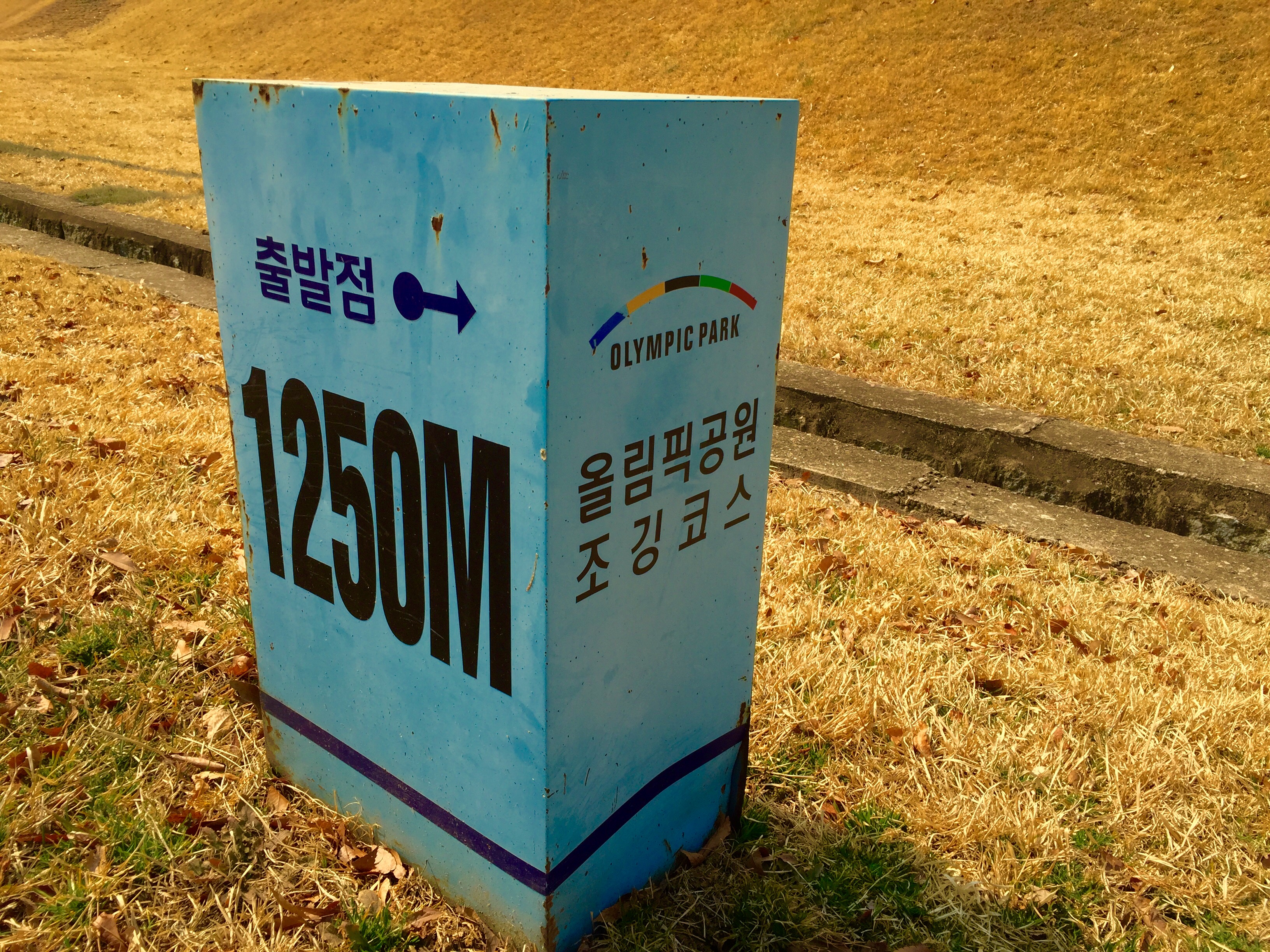 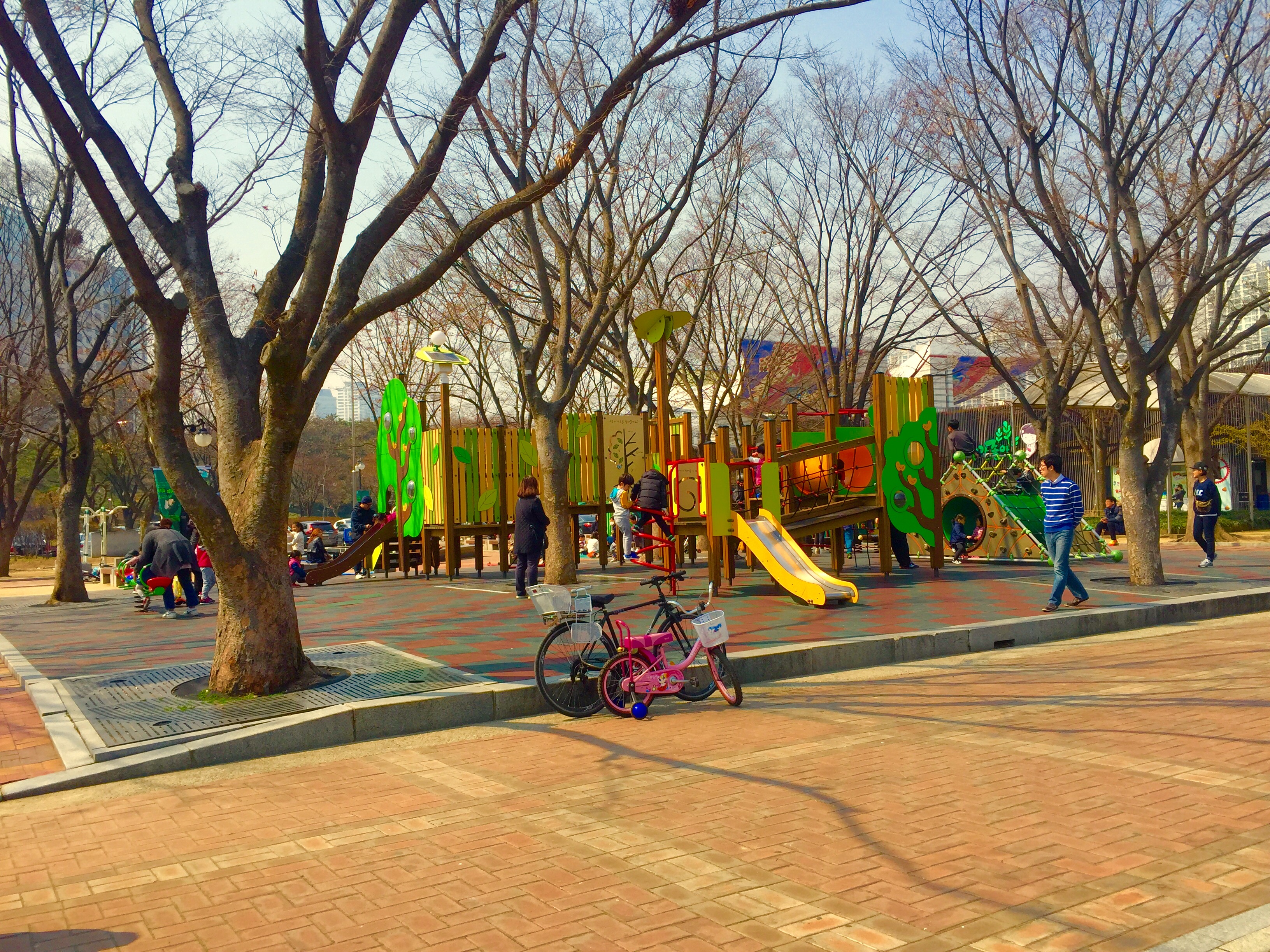 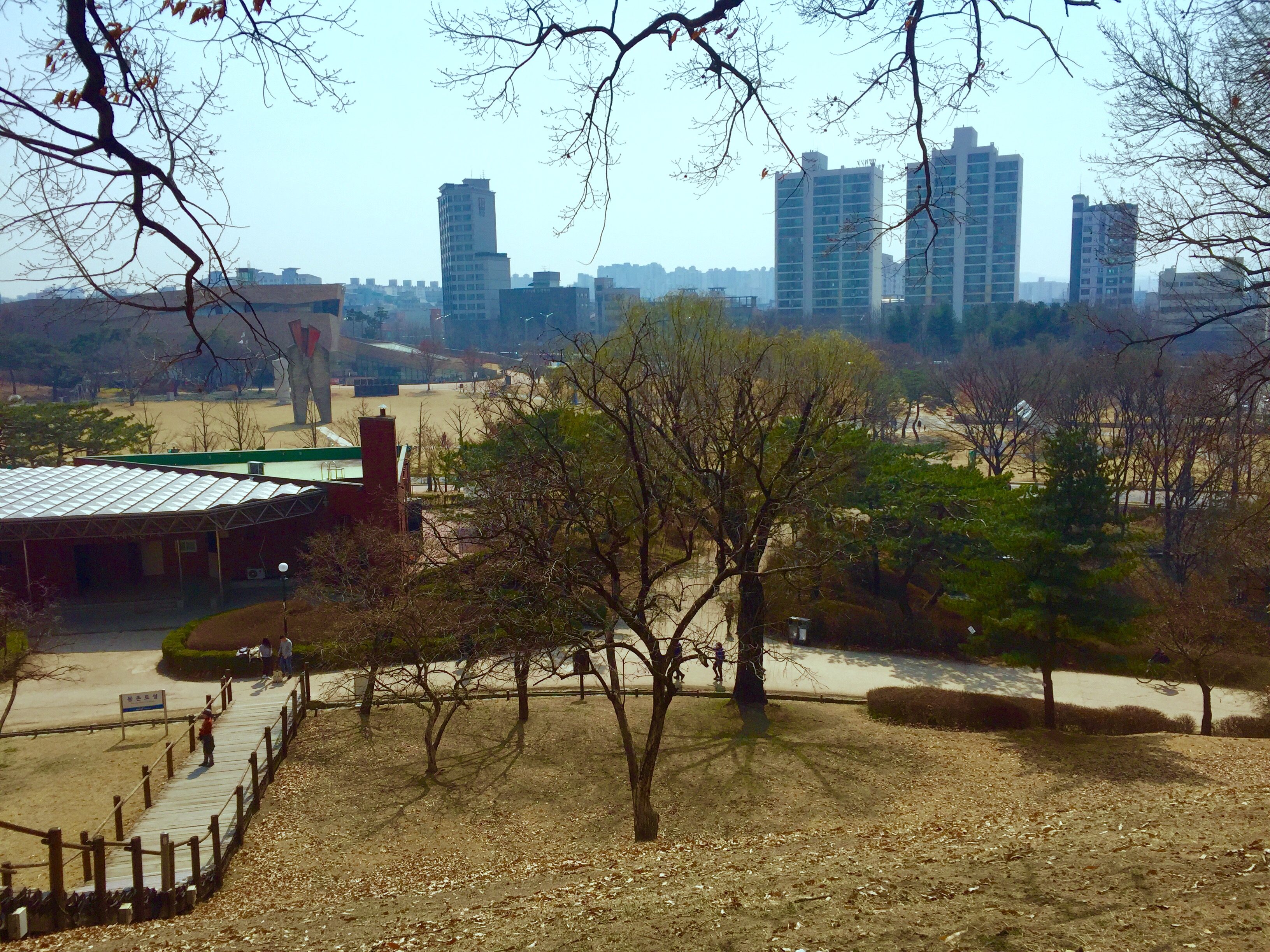 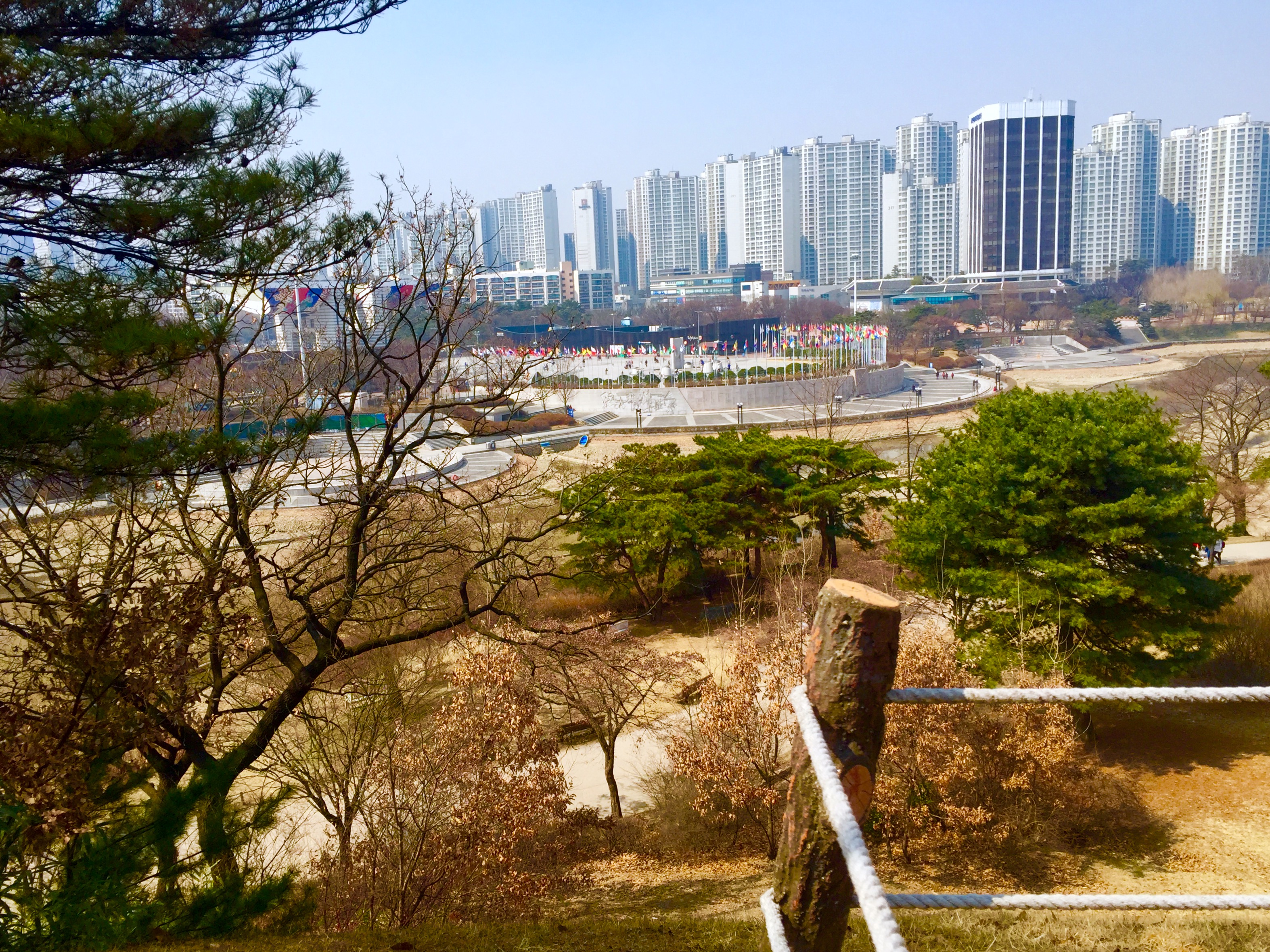 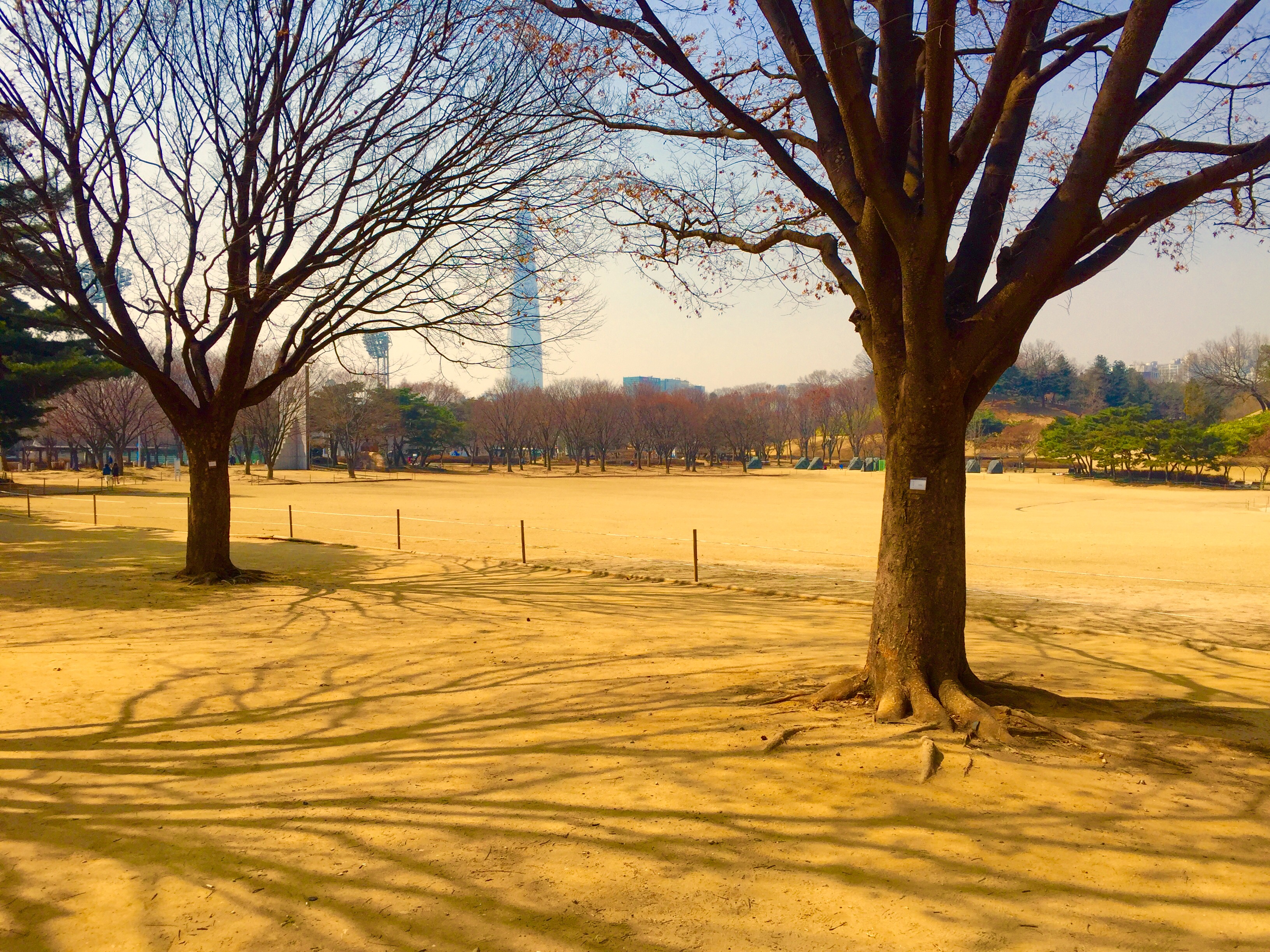 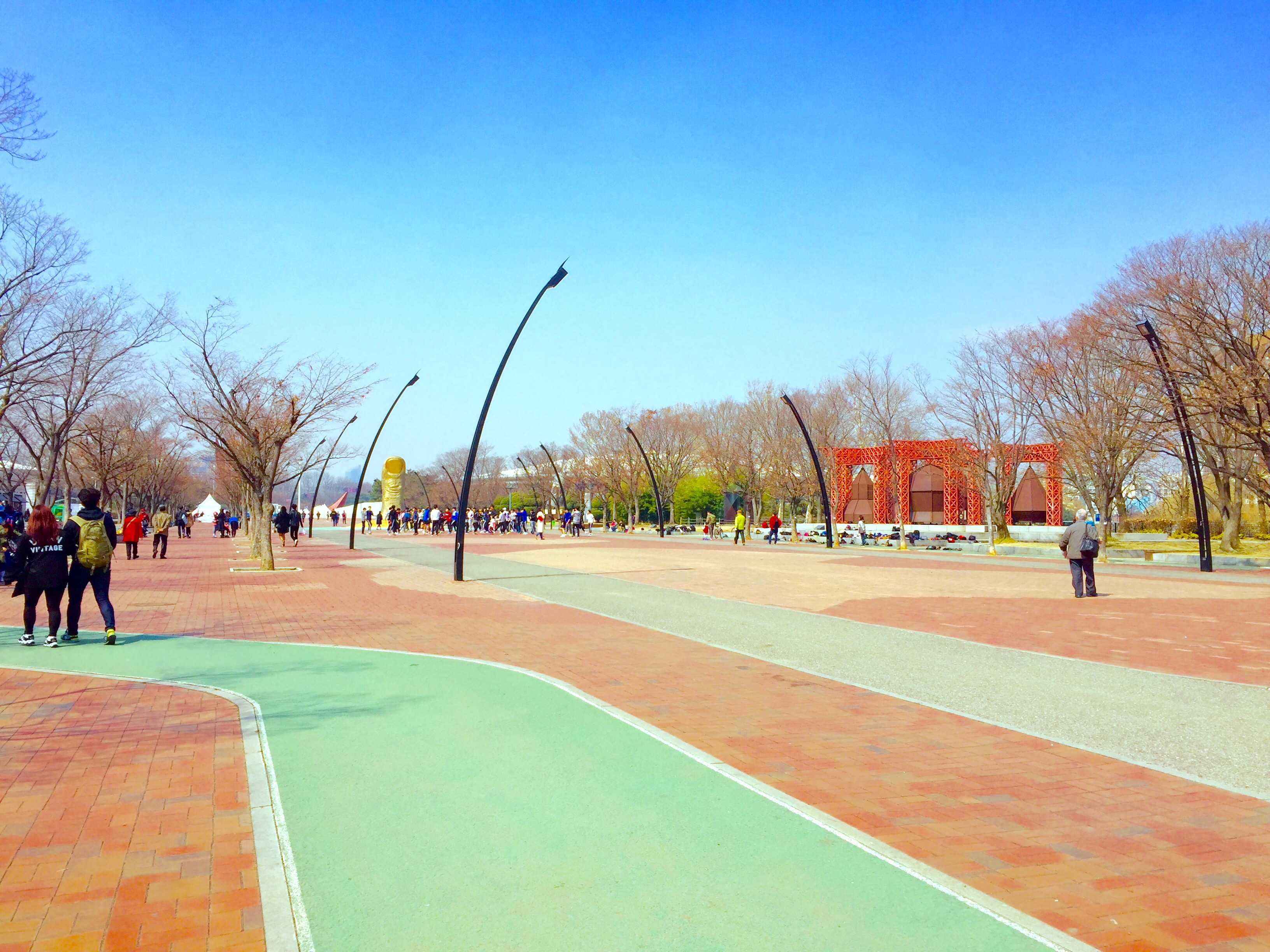 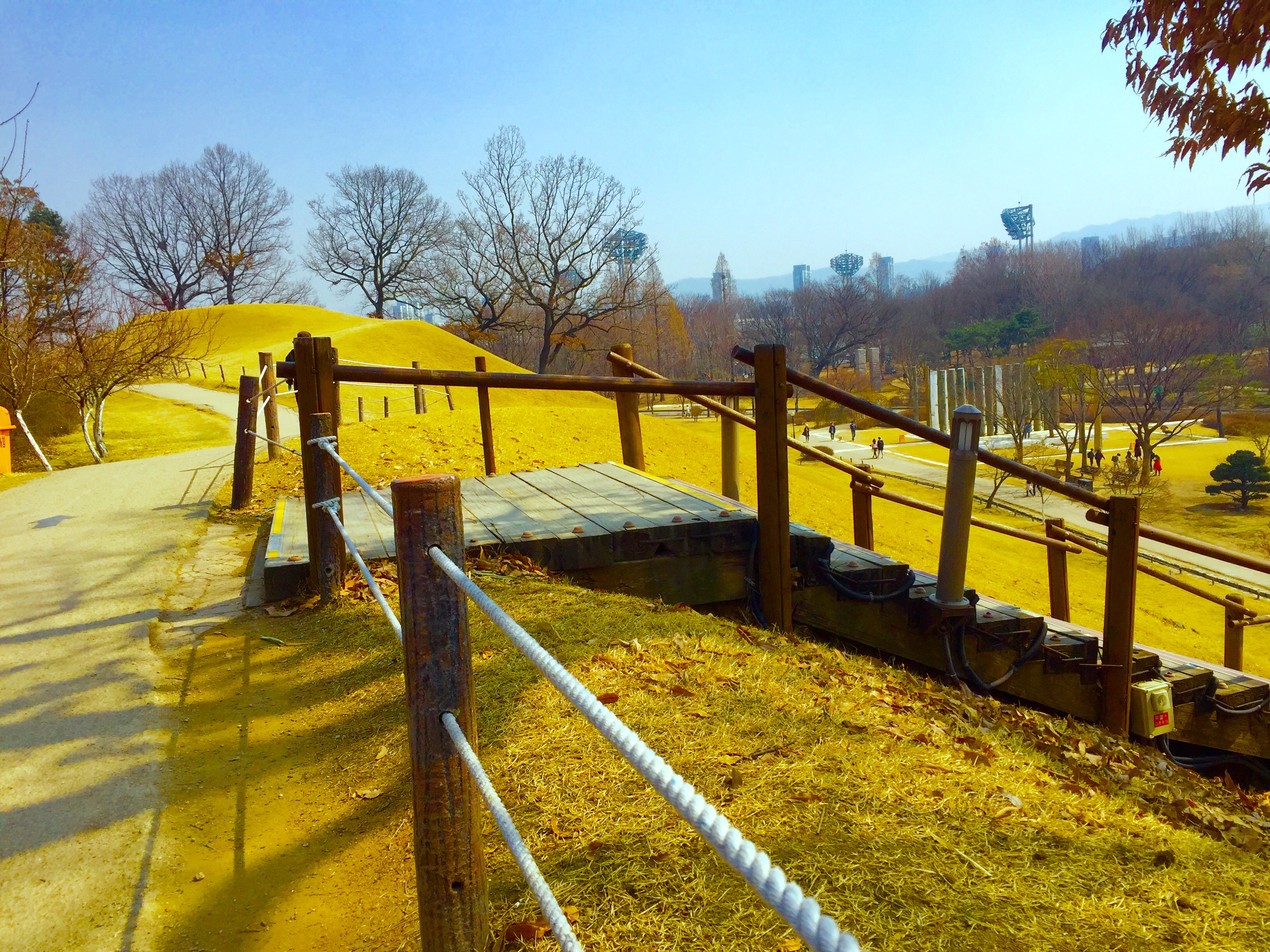 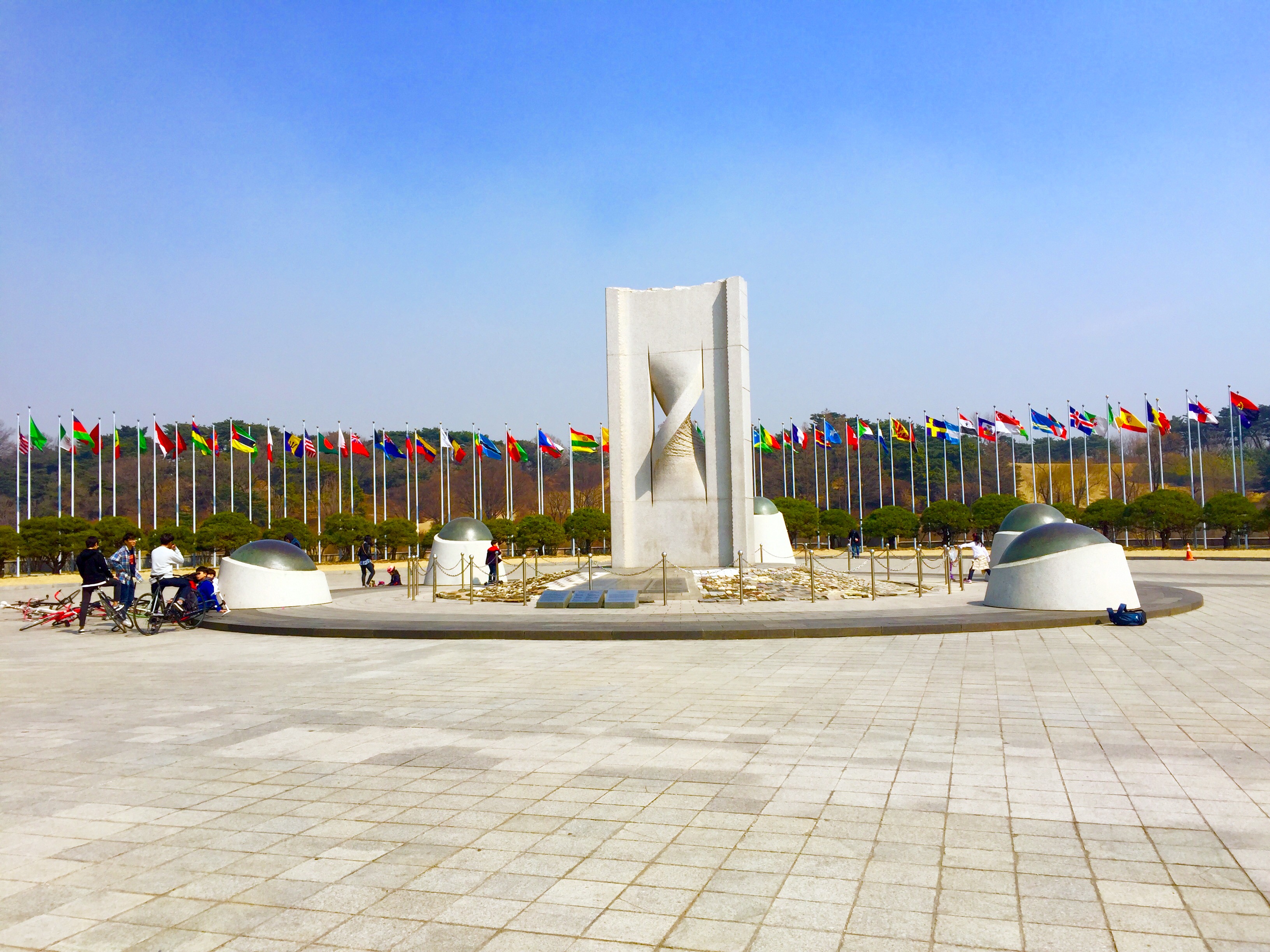