Cha Cha Wan….sounds like a pretty stupid name..what does it even mean?Is it Thai? Anyways it doesn’t really matter their name can be “fuck yourself” for all I care because their food IS DAMN AWESOME.

We just got off an one hour visit to the Hong Kong zoo / botanic gardens, and we were starvvvvvving. It was like 2PM mannnngggg. STARVING. I could not think of where to eat. So le life boss decided and she said let’s go to this kick ass thai restaurant at Sheung Wan.

Thai food? Sign me up! To be transparent, I originally said yes because I wanted some curry hahah…so when I saw that their menu did not have curry .. I was a bit worried. Is this even a real Thai Place? No Curry?

Their menu was full of salads?

Yes salads…le life boss wanted to order a salad and I stopped her. NO! We are hungry, why are we eating salad. But like 99% of the time we went ahead with her decision anyways. And shitttt good thing we did!

This was not your typical stupid ass salad. This was a legit meat dish with lettuce on the side. Yes you can put the meat slices into the lettuce, fold it half and eat it like a damn burger.

That’s what I did. Damn delicious.  Damn spicy too. 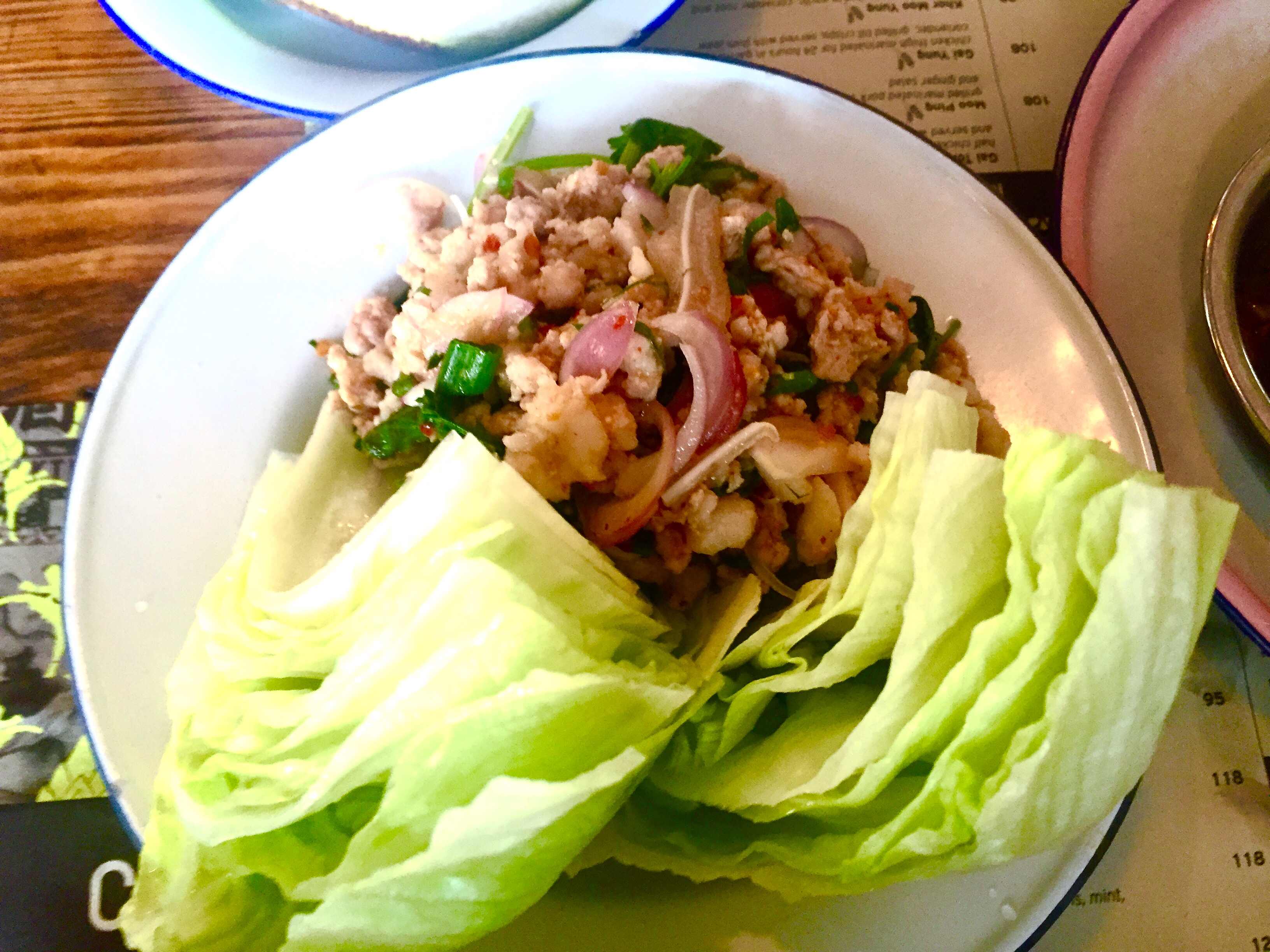 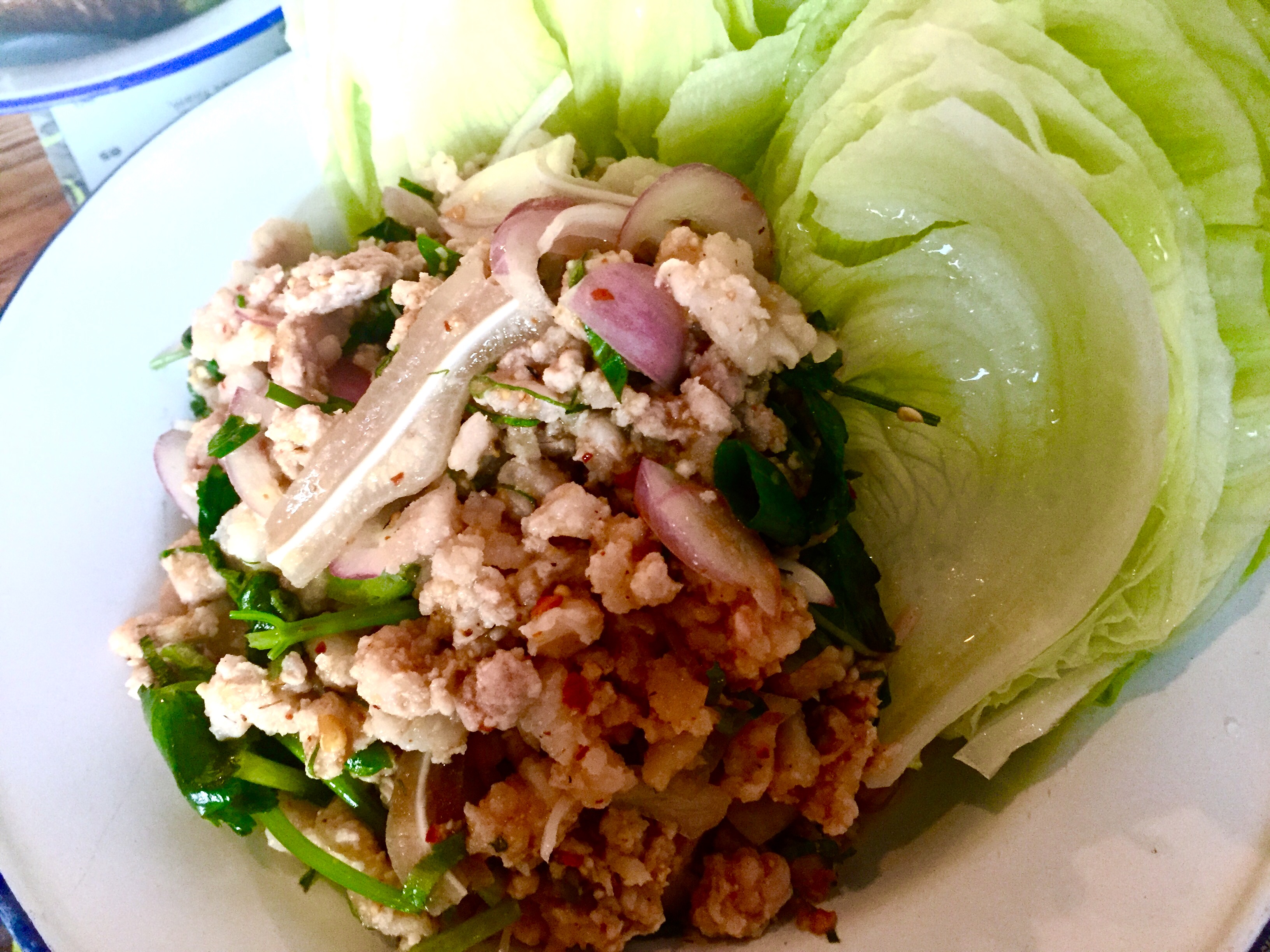 That was good. But NOTHING comes close to our chicken grilled leg dish….. 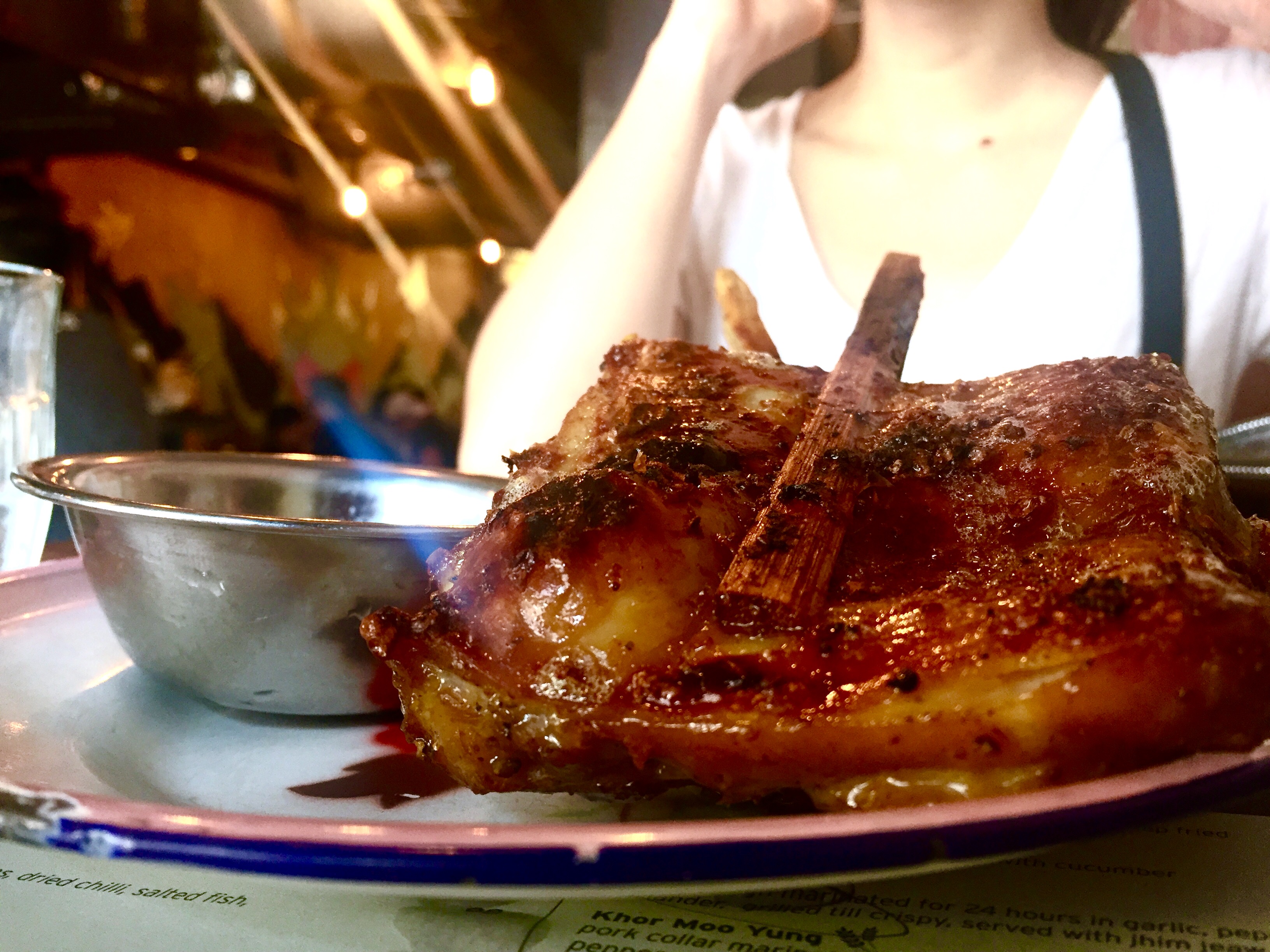 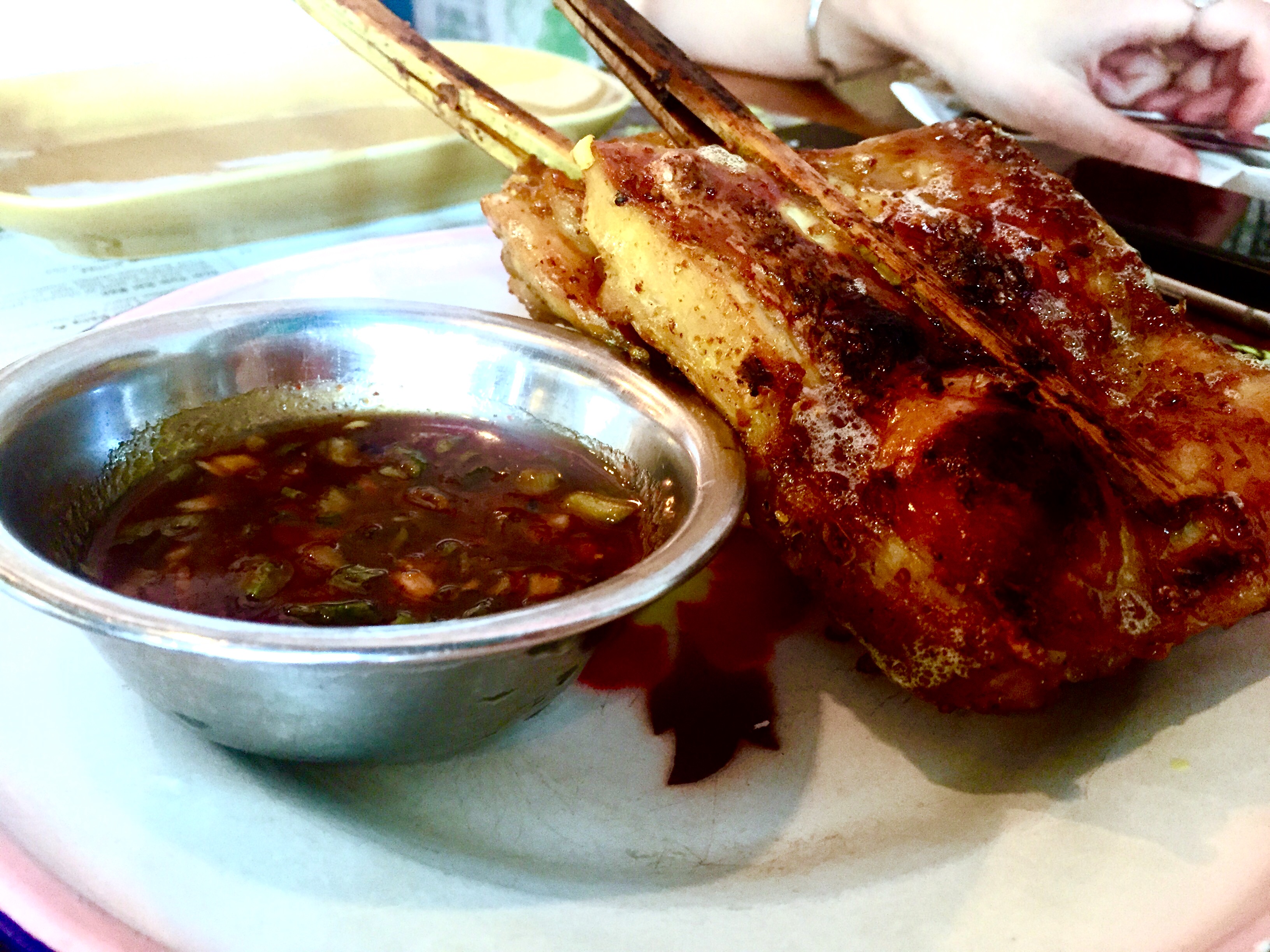 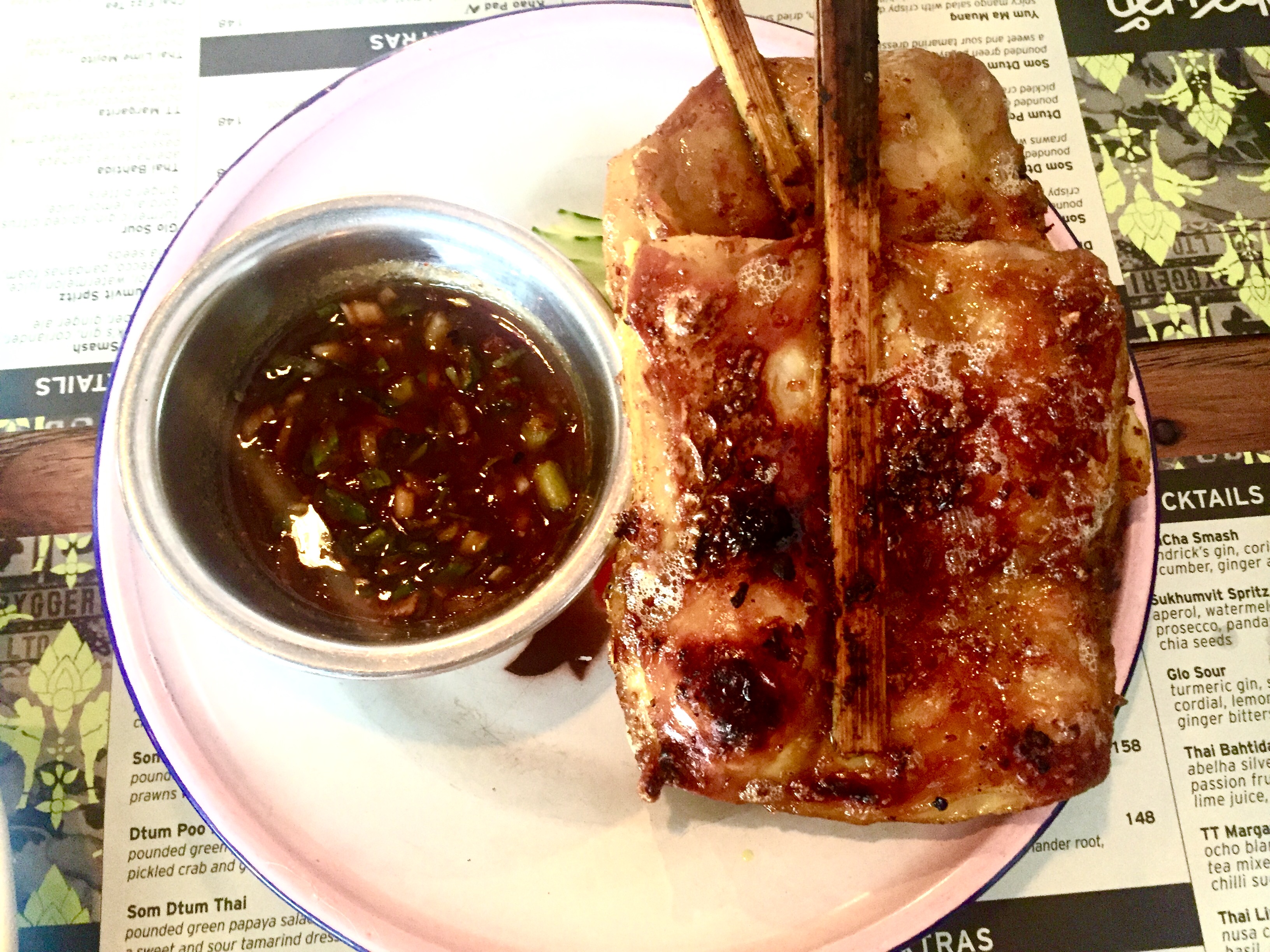 Chicken was so juicy. The sauce was so good. Fuck my life. I need more.

And you know what else you need to order when you go to a Thai place? Coconut water! Damn fresh. 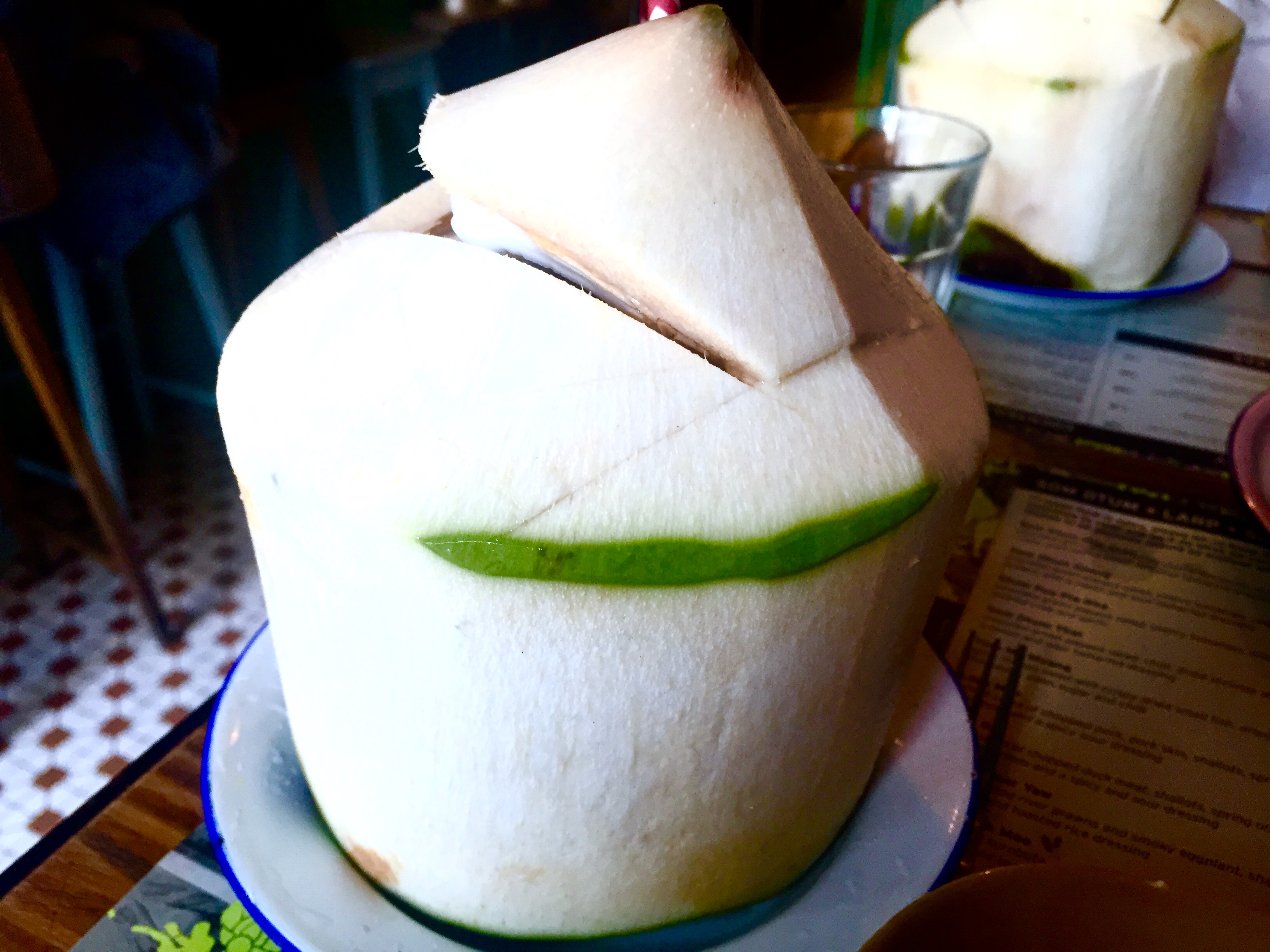 TWO BIG thumbs up to this restaurant.

Life Boss told me this place used to be rocking and you had to make reservations weeks / months in advance. It has died down considerably, but definitely not because of the food. The food is still awesome. I think it’s just the nature of Hong Kong, people get bored too easily and move on to the next “hot spot”.

I will be back coming back though so fuck those other people!