The Erawin Shrine is a famous landmark that attracts a lot of tourists each year.

Originally built to ward of the “bad spirits”, it’s become a site where tourists wish for good luck, money, a child, etc etc. Anything your heart desires.

Unfortunately the shrine has gone through some tough times.

Regardless, this is not going to deter me from visiting the shrine and paying my respects!

As expected there was a LOT of people (mostly tourists) here. They were buying these flowers where they can offer it to the Shrine. 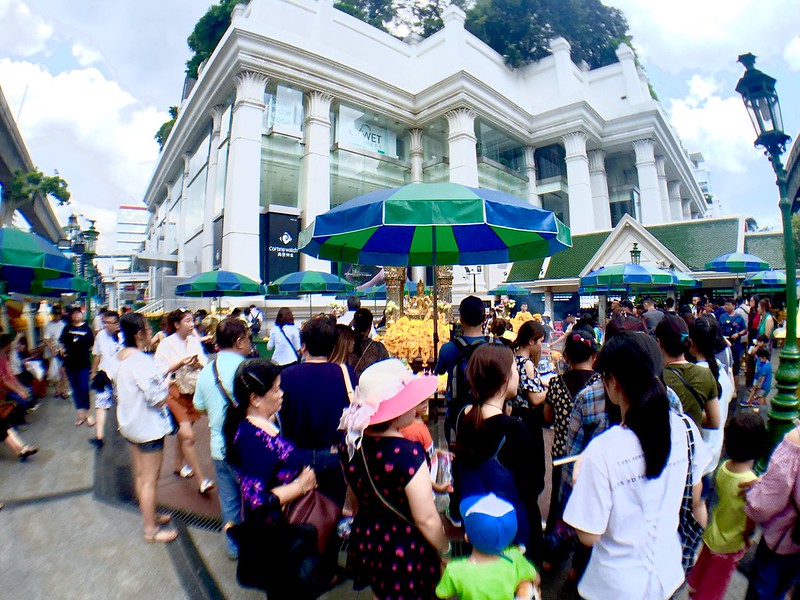 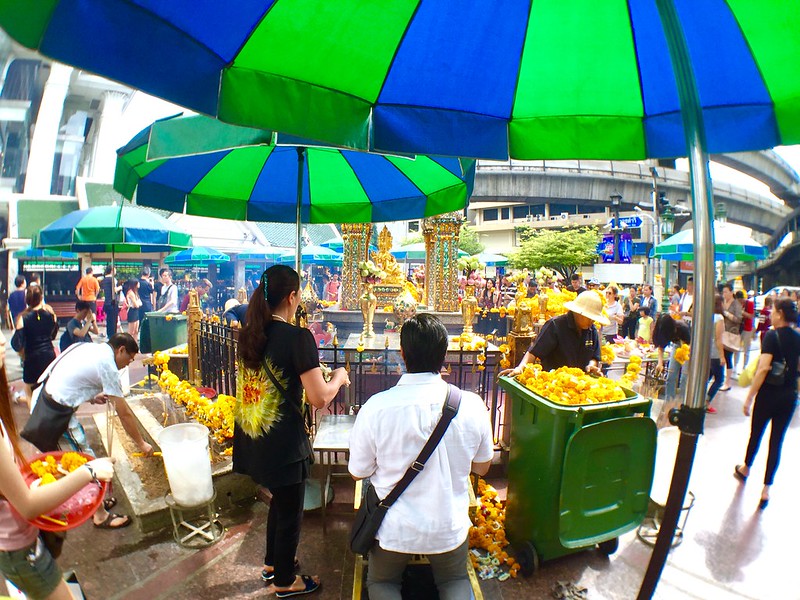 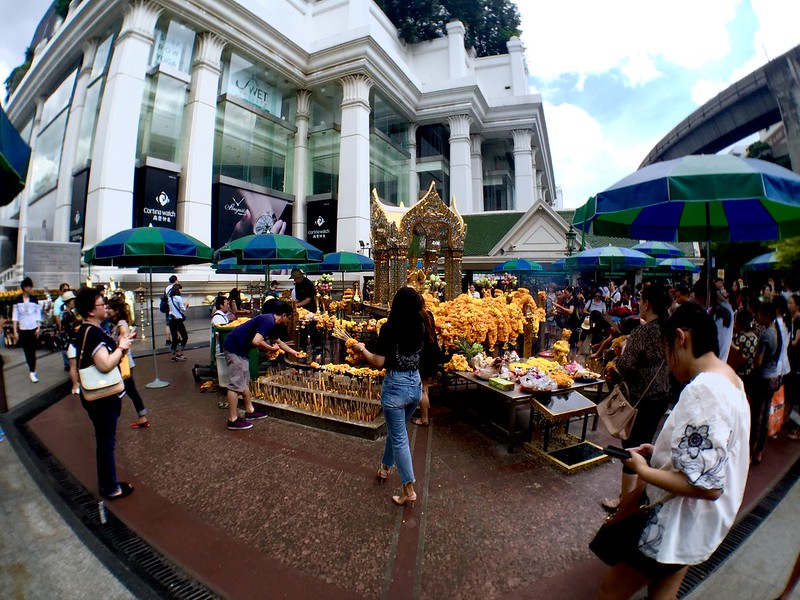 There are also dances performed by the locals. I saw people on their knees and praying? I guess this is some kind of ritual to bring good luck? Not really sure. 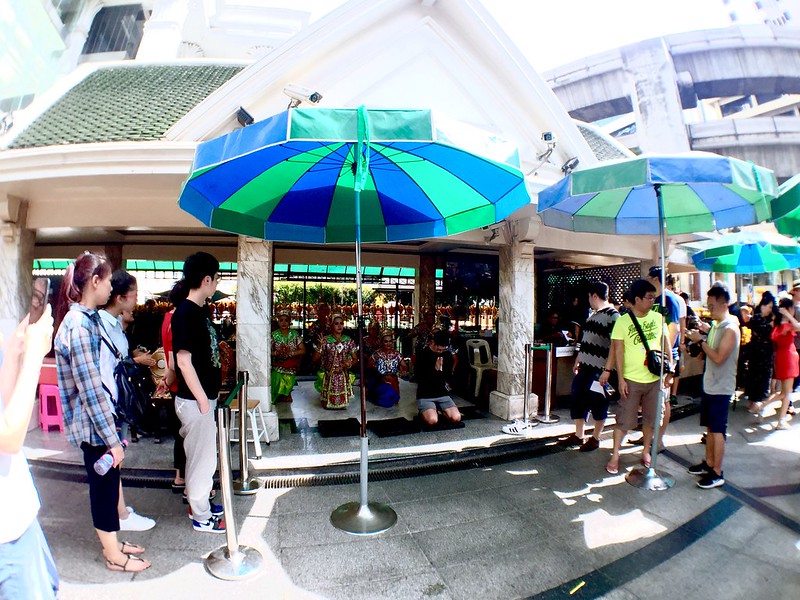 I also saw people lining up to pour water on their hands and faces. Holy water equivalent? I am not sure……it’s probably just tap water no..? 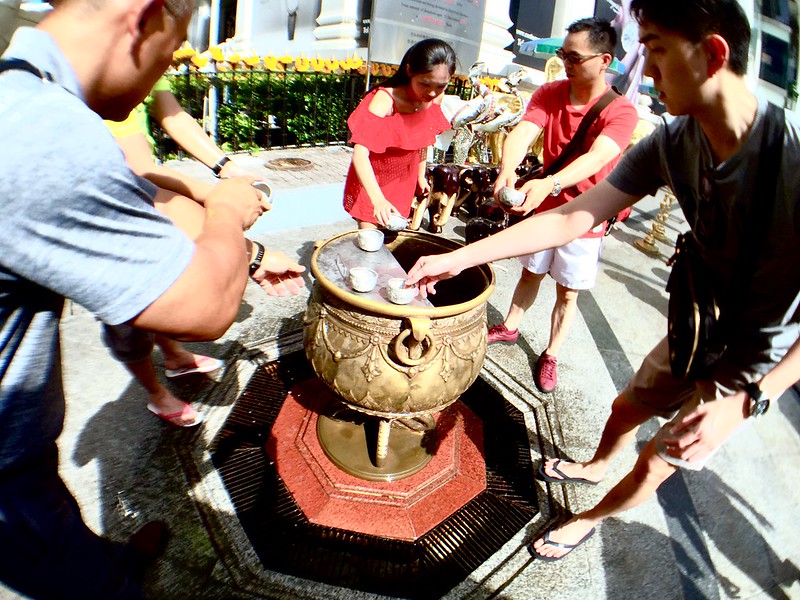 Even if you are not religious I still recommend you to pay a visit to the shrine. A site that you should experience once in my opinion. 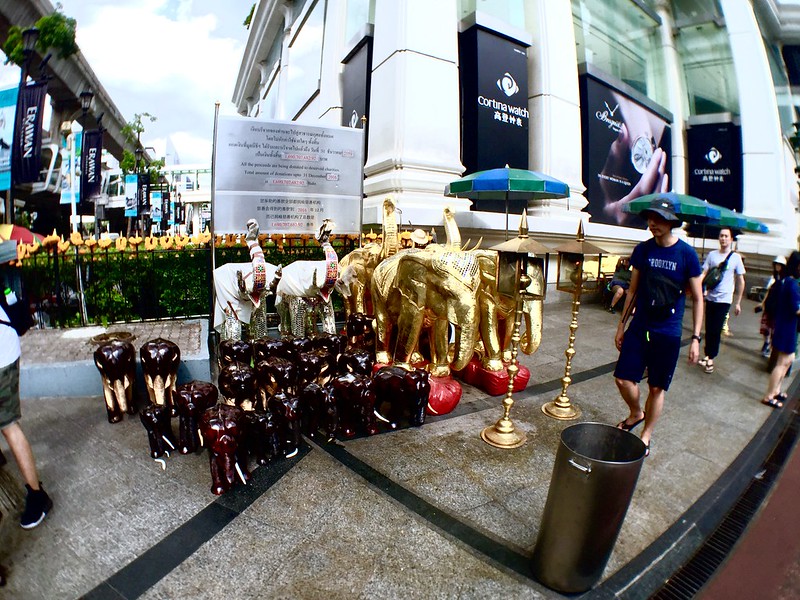