I have been told you have a lot of good food lying around so I decided to come and eat anything and everything that gets in my way! First stop, this local eatery called Loja Sopa De Fita Cheong Kei.  The name is long and weird because it’s a weird mixture of Chinese and Portuguese.

And if you were wondering why there is Portuguese in there….Macau used to be a Portuguese colony smart ass.

Why did we come here? Because the original plan was to go to this other famous noodle place, but it was full as fuck so screw it, we walked around and went into this ghetto local restaurant instead.

Ghetto looking FOR THE WIN! 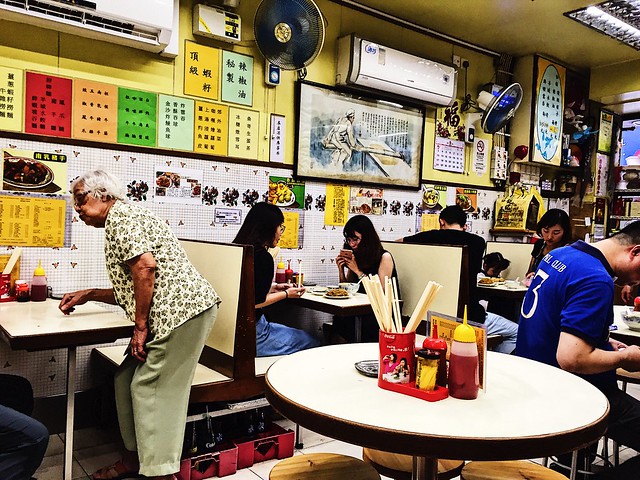 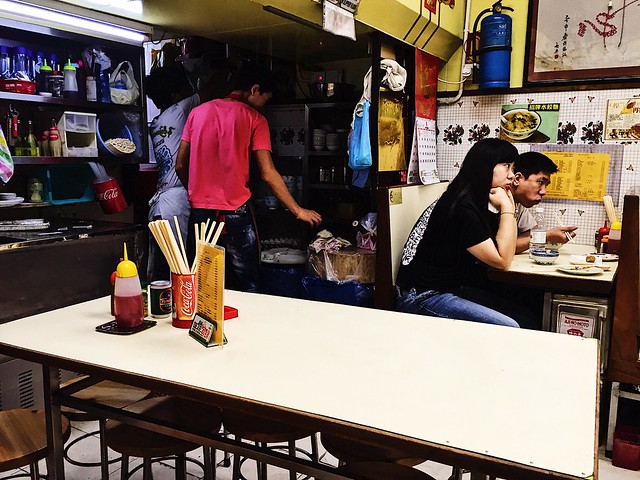 Wait…what exactly is shrimp roe noodles? Well the above is a picture of Shrimp Roe Noodles…..  Supposed to be “Shrimp Roes” on noodles. Didn’t really answer my question BUT ANYWAYS….Life Boss had this dish because I don’t eat carbs anymore. 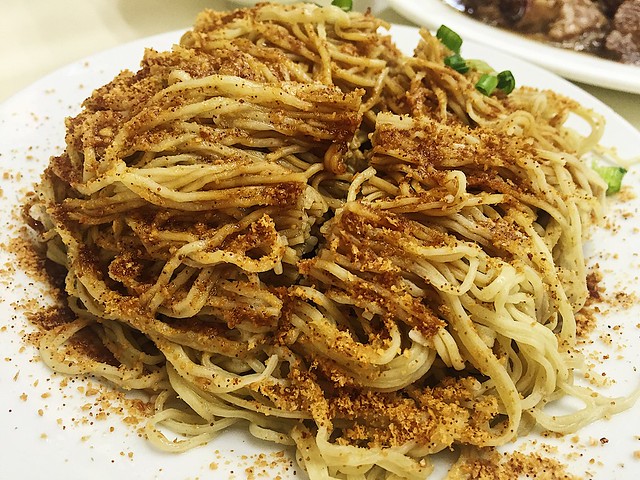 She said it was pretty good.

Take her word for it.

For myself, I got a plate full of beef (just beef no noodles) and some carrots to satisfy Life Boss Veggie Appetite. 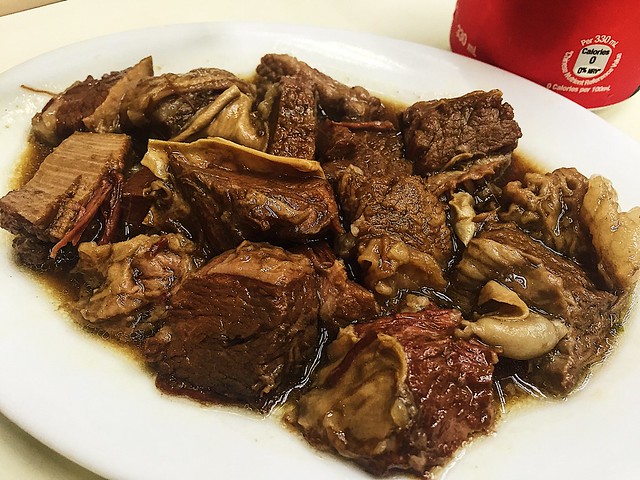 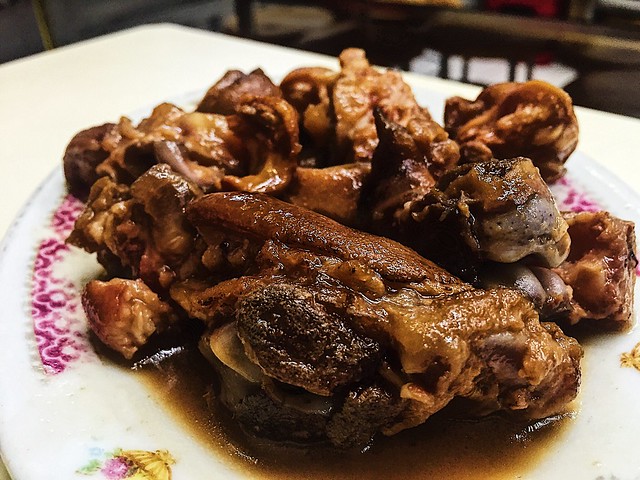 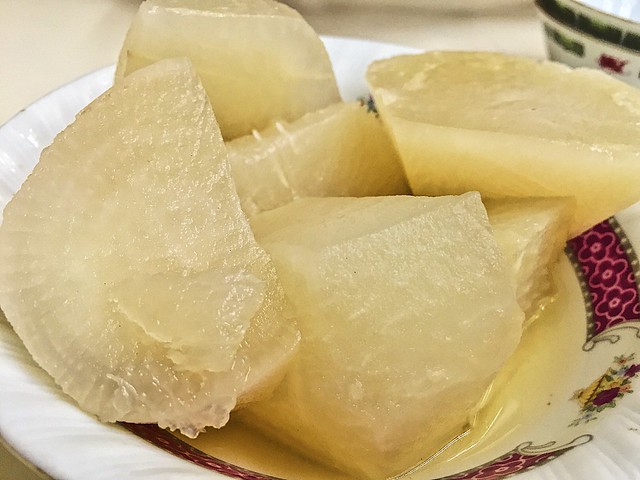 Online this place has mixed reviews. Life Boss said the shrimp roe noodles here were one of the best. So I will go with Life Boss’ opinion (because if I don’t, I get killed).

This was a small ass meal as you can see from the picture above. Was still hungry at the end of it … so we decided to tack on another cool looking dish…..Pork Hands:

Pork hands…or should it be called Pork Knuckles..not really sure. Not a lot of meat here but I guess pork hands don’t have much to begin with?

Not sure. But I liked it.