Hangry – when you are so hungry that you become angry, frustrated or both.

Does that definition sound right?

I mentioned earlier in my Toronto best pancake post how Life Boss becomes the hulk when she is hangry.

Well, I experienced it again first hand from Life Boss in Vang Vieng. Once again, when she is hungry you better get out of the way, because when she is hangry she becomes the HULK! 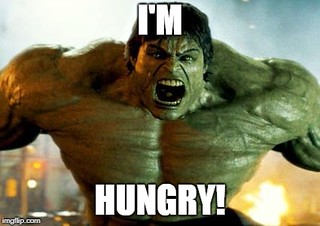 And all hell breaks loose when she becomes the hulk.

Let me tell you a story of when she became the hike.

We were in Vang Vieng.

We just finished a hardcore hike (which gave us really good views though).

It was also 130PM. So naturally we would be hungry.

Life boss initially said she wanted this sandwich from a local food stall, in which I respectfully said no. I wanted to have a proper sit down restaurant. She said okay. 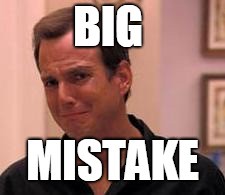 You will see shortly.

We began to walk under the scorching sun when we approached a local restaurant. The conversation went like this:

Choi: “How about this one” *points to local restaurant

Life Boss: “No, I want to eat local food at a Irish Bar“.

Why would you want to eat local food at an Irish Bar? Shit doesn’t make sense to me.

I began to point this fact out, when she became, very, very, hungry.

Scared for my life, I quickly took Life Boss to the nearest food stall to appease both her appetite and anger .So after 20 minutes of roaming around Vang Vieng, we ended eating at this dump: 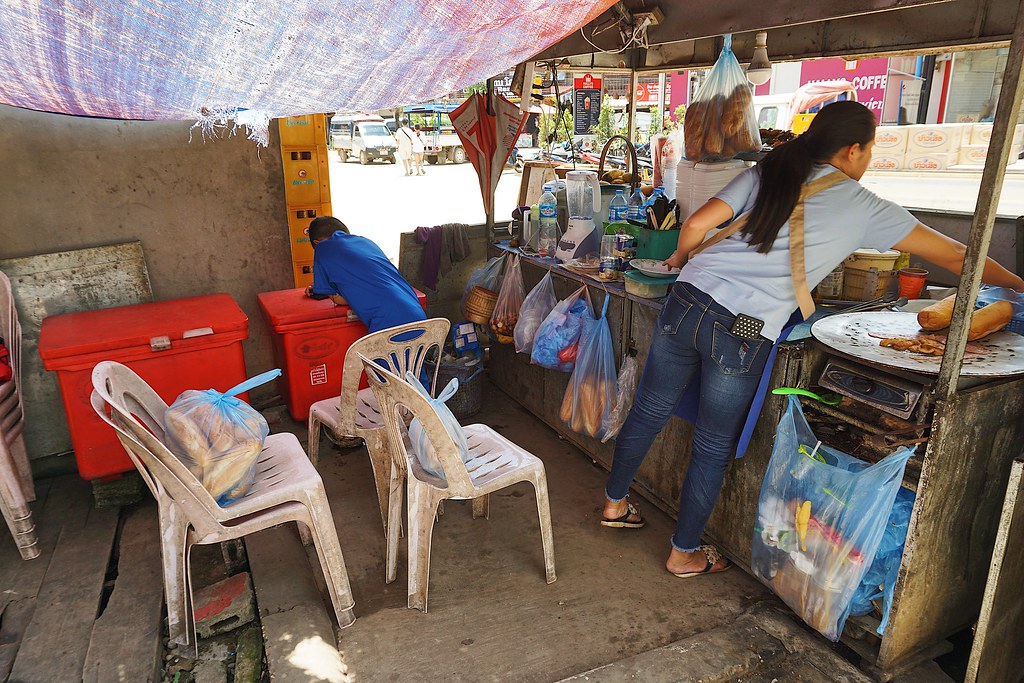 I should not judge actually.

even though this place looks like it will never pass a sanitary check from the government (is there even such thing in Laos?).

Why should I not judge? Because they make some pretty damn good sandwiches here!

So I guess it was good that Life Boss got angry, otherwise we would not have been able to eat this (even though I said no to sandwiches the first time around).

So we can have a romantic lunch.

But instead, we were treated to eating by the road which in itself was quite romantic I must say.

Anyhow, don’t make your ladies go hungry guys! They will become hangry and kick your ass! 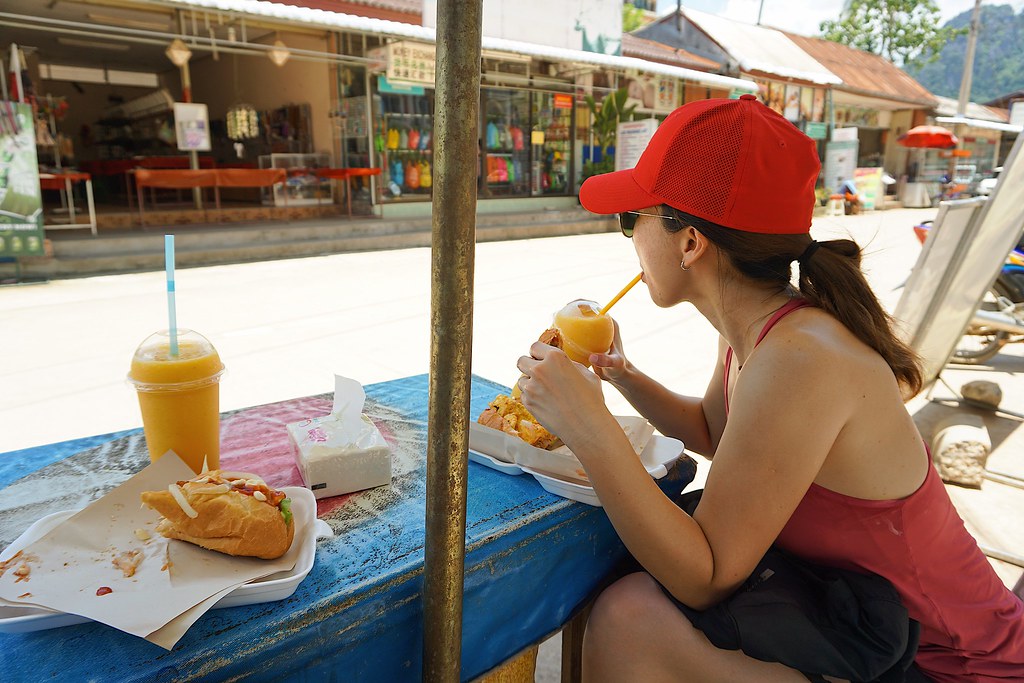 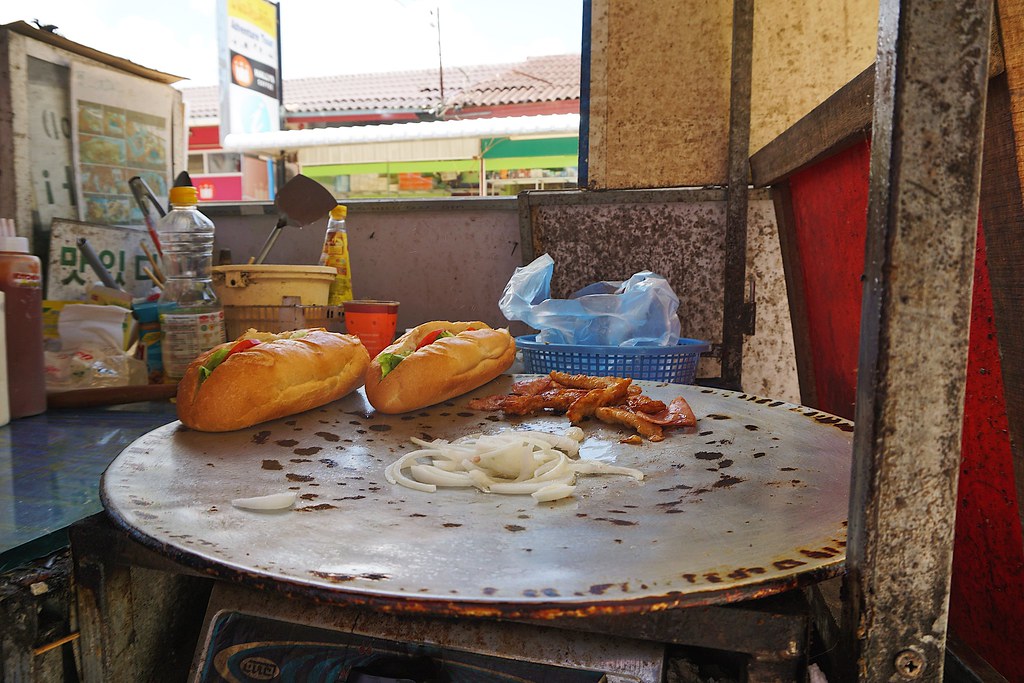 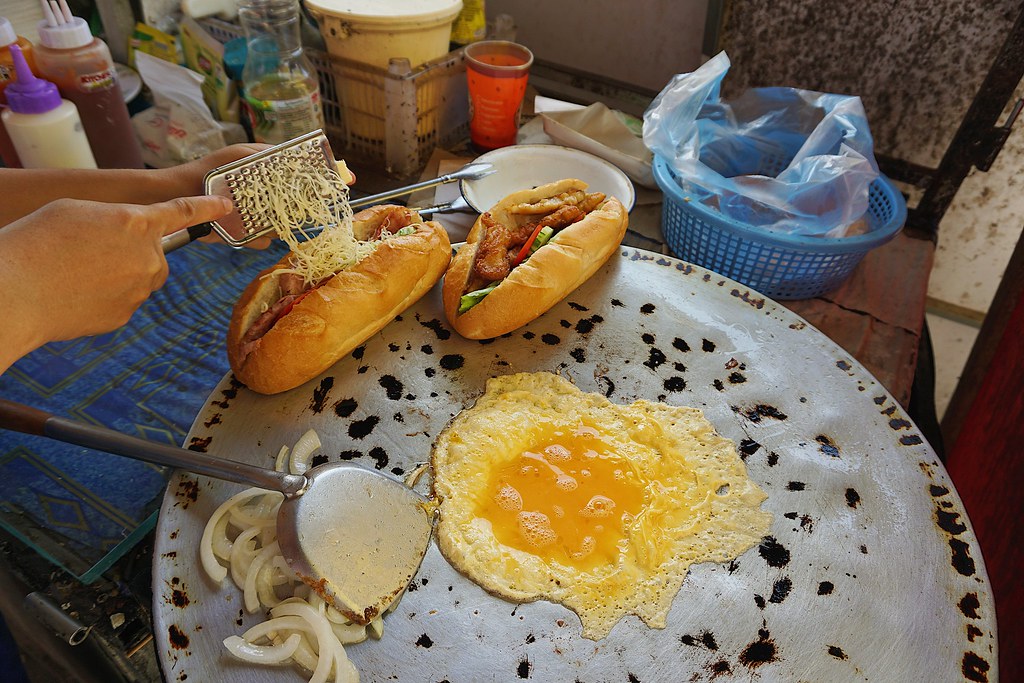 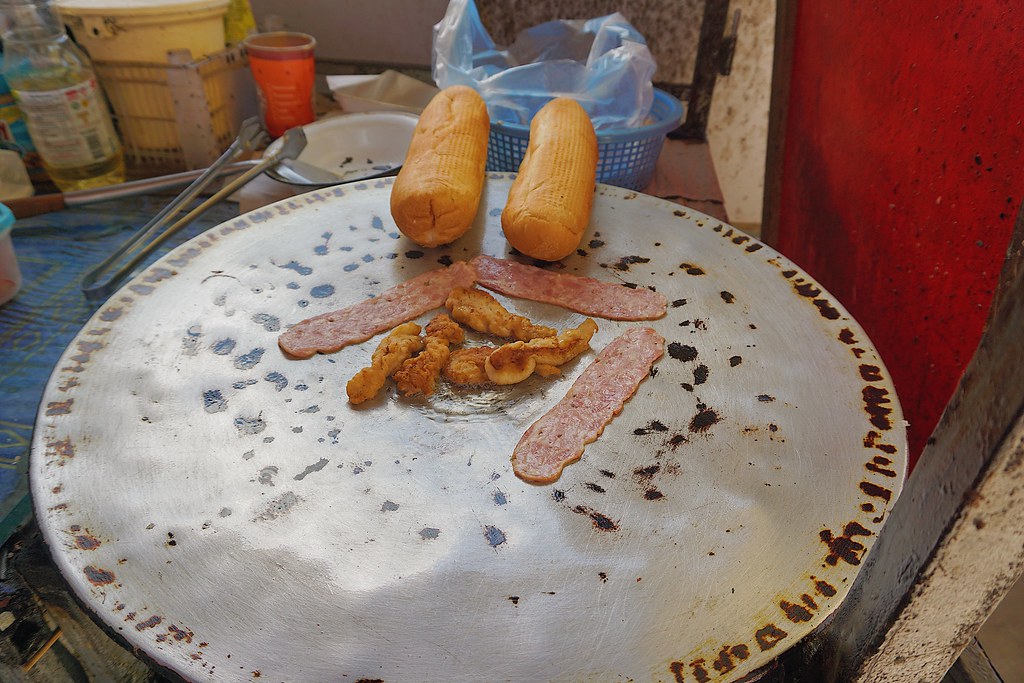