Title says it all.

We wanted to try a different sushi place, and online it said this place called Main Sushi was pretty good. Some even went to comment as saying it’s the best sushi in town. That is some pretty big shoes to fill.

Regardless, we wanted to be adventurous so sure why the hell not, let’s try it. For our initial visit we ordered the dinner for 2. This consisted of a LOT of food including:

Portions was quite good too. I was also quite impressed with the quality of the food (with the exception of the soggy tempura). It was so good that I told life boss we need to try their platter next time (this was a bad decision). Overall, the initial experience was good, cept for the fact it was mothers day and the line up was huge, I waited over 45 minutes despite ordering online. They didn’t really have a good ordering system (i.e. the food was just sitting around) but meh, it was mothers day.

Now the issue is with the second dining experience in which we ordered the platter. I unfortunately did not take any photos because on that day I was hungry as fuck. We got a sushi / sashimi platter.

What a huge disappointment.

First of all there was a bunch of useless sushi’s there. I don’t know if there is a plural form of sushi actually. Anyways, what is a useless sushi? Examples include:

About 1/3 of the platter was filled with these useless sushi. Granted they did say this was part of the platter, I should have read the fine line. But come on, 1/3 that is pure crap?

The sashimi and other sushi quality was also average this time. Hence the title of this post, inconsistent meals at main station.

Ultimately, life boss and I decided we should just go for bentos here, no platters.

Finally, I apologize for taking so long to post. There is just not much going on with life nowadays. 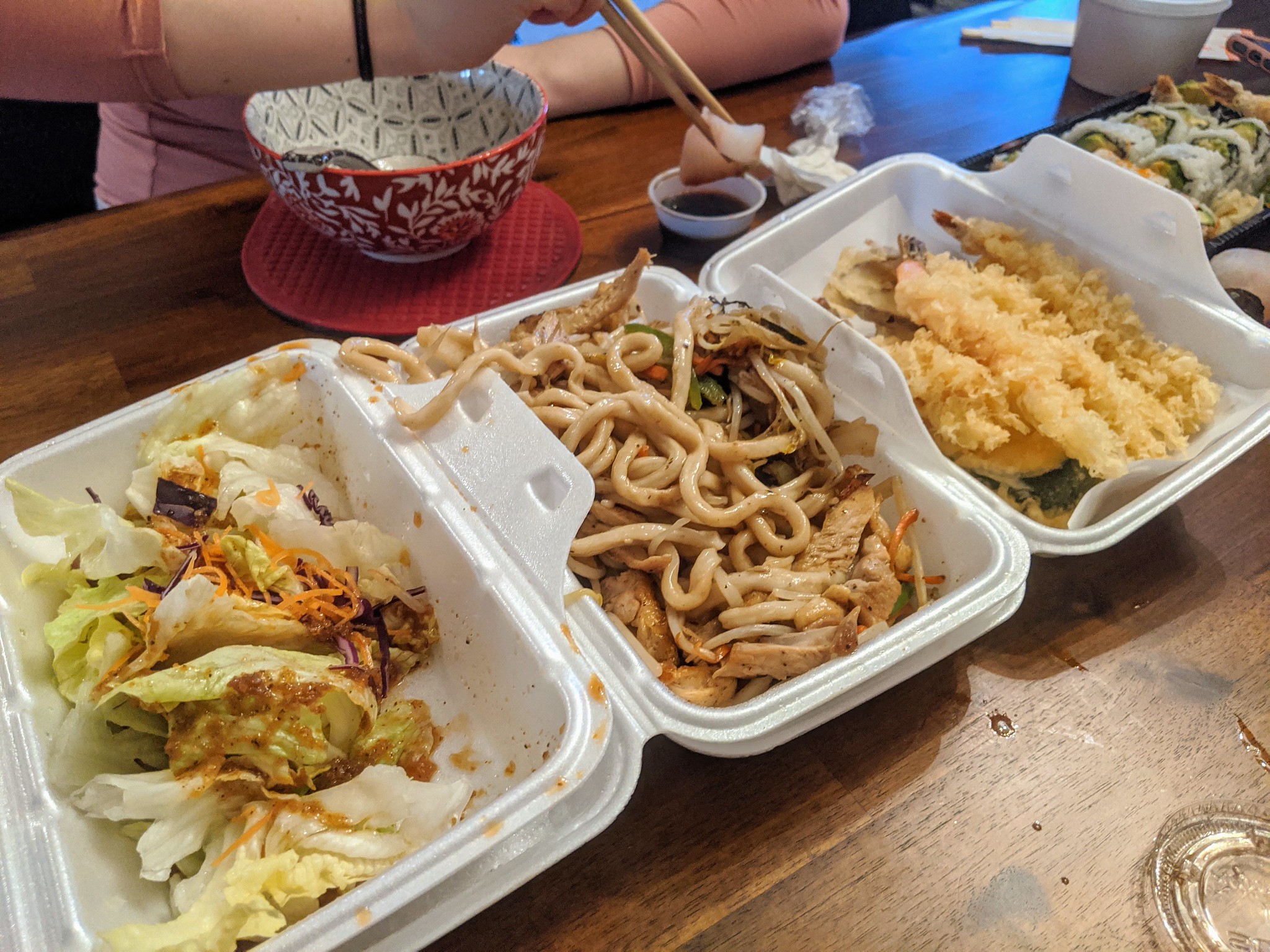