Yes, this restaurant is called “Burger and Lobster”.  Why? Because they only have three menu items – Lobster, Lobster roll, and Burger!  I love the simple menu.  I loved it so much I went here twice during my time in London (well, partly because it was so close to my hotel!).  The first time I had the burger, which was alright (The one in Sydney still is king) but man, the second time I went I had the steamed lobster AND IT WAS SO GOOD.  15 minutes of silence as I tore that lobster apart (not a really good sight so I wouldn’t bring a date here haha). 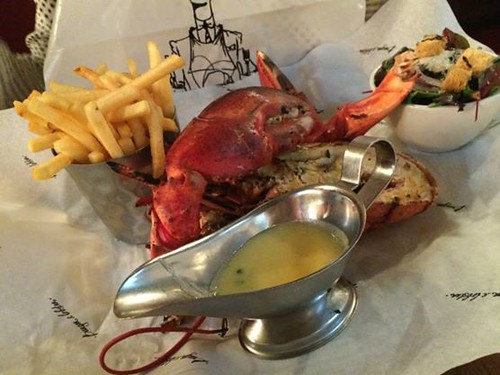 I think they have several locations in England, which you can find on their website: 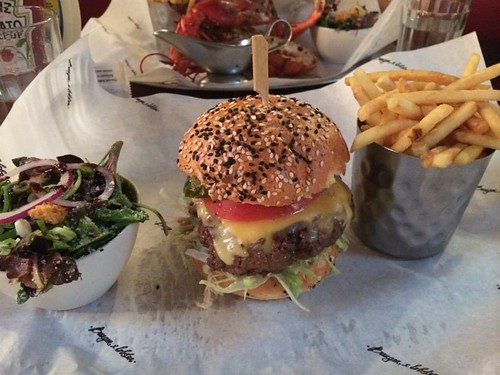 This picture is the burger that I had the first time I visited this restaurant.  It looks good, but it was really big and the patty wasn’t as juicy as I hoped it to be.  Definitely get the lobster first if you come here.

Cheers to Burger and Lobster!