Sono Restaurant is a Japanese Restaurant that is located by the Queen Street Mall.

It’s good! But on the pricey side that’s why we didn’t order as much.  The main course for us was the sashimi platter, which from the above you can see consists of oysters (so fresh!), salmon and tuna.  Not a lot of pieces which is why I had to buy a slice of Pizza after.  Aside from the taste, I love the way how the plate was steaming.  Steaming with cold air that is.  haha. so cool.  The picture doesn’t do it justice. 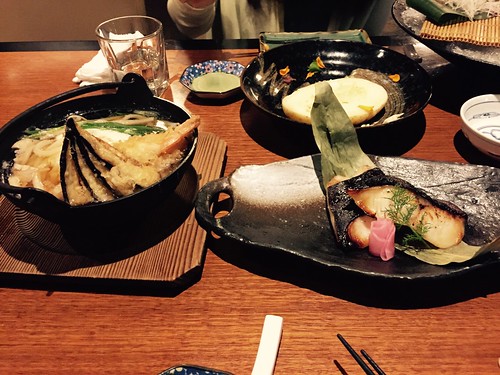 We also ordered Udon, fish (for Julie) and also dumplings, which I of course forgot to take a picture of. So screw it let’s not focus on the dumplings.  We ordered the chicken udon and I shared it with Daisy.  Was still starving.  The fish was for Julie since she can not eat raw stuff.  So i can’t comment how it was. 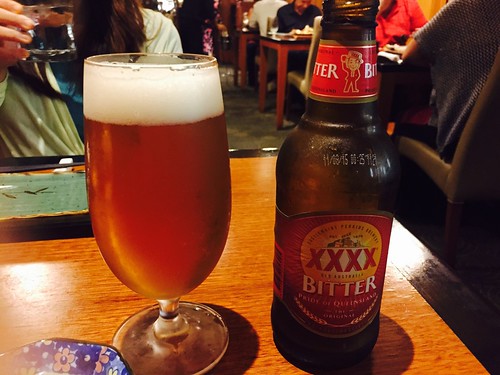 I also ordered the XXXX beer, which is another Australia local beer.  See the trend here?  I am trying to order as much local beers as possible.  Another tasty beer nonetheless.  Here’s a tip, if you are trying to order this beer you call it “4X”.  Don’t be a newb like me.  I said “quadruple x? xxxx?” The waitress looked at me as if I was dumb.  I probably sounded dumb.  Who calls their beer 4x anyways?  Whatever.

Place was not too packed for a weekday, but then a lot of places in Brisbane are not packed.  If you want a nice quiet, Japanese dining experience this won’t be a bad choice! 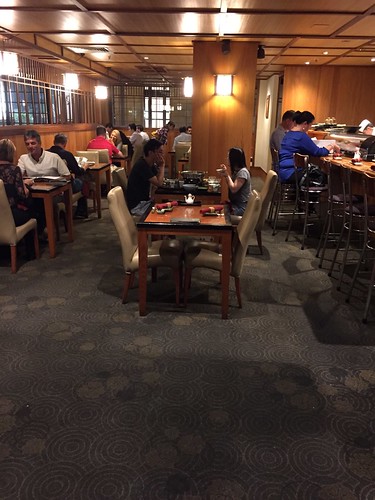