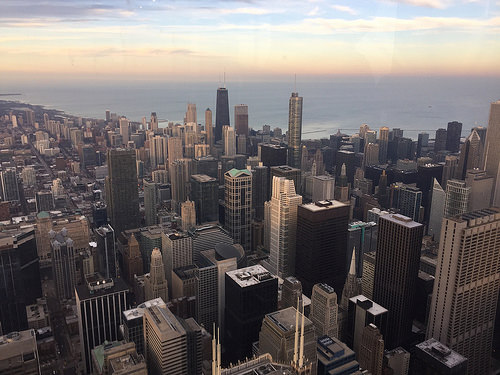 We had a free day in downtown Chicago but we didn’t know where to go! I’ve already been to navy pier, blackhawks / bulls / white sox games.  We did book tickets to the lion king, but that wasn’t happening till 730PM so we had about 5 hours to kill.

Why not go to the top of the Willis tower (used to be called Sears Tower) to get some awesome photos? 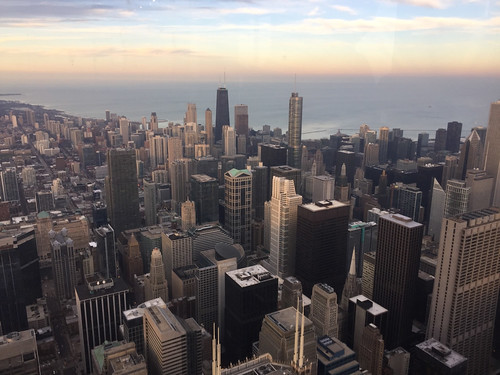 And so we did.  The fee to go up was about 20USD which was alright compared to the price at the CN Tower in Toronto.  We were lucky in that it was a gorgeous day in Chicago, rewarding us with some nice pictures. 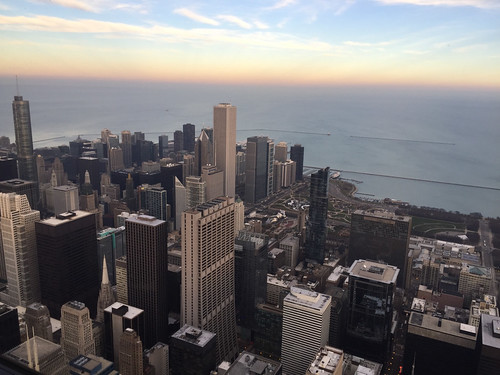 there was also an area in the observatory deck where the floors were clear.  I was nervous at first, but you get used to knowing that there’s been thousands of people before you on the very same floor.  But it also just takes one crack…. 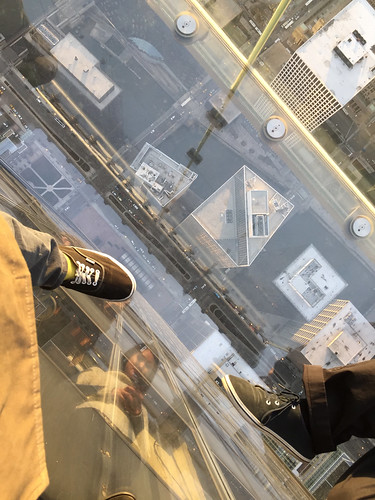 That’s scary.  Yeah Willis Tower definitely a good time killer, if you need one in Chicago!