One of the shittiest wines I have ever drank was at this restaurant called Cha Cha…..

Serving Georgian Food in St.Petersburg. I already had a really shitty Georgian Food experience in Moscow, so I was a bit wary already when going to this one in St. Petersburg. But we didn’t really have a choice, it was raining like hell on that day so we basically went to the closest restaurant we could find. Since it was so damn cold I decided to have some wine to warm up. 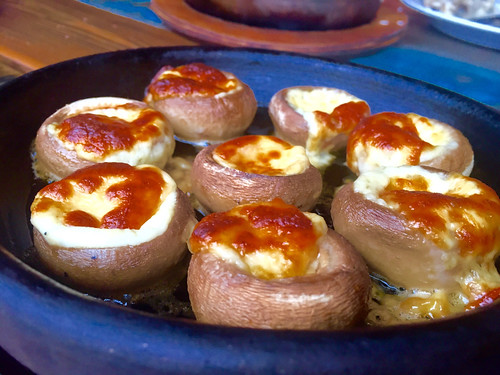 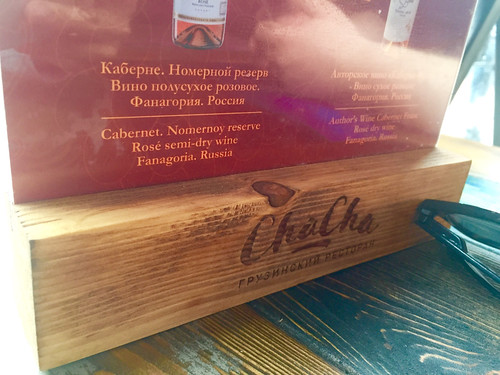 You would think that being in a Georgian restaurant they would serve okay Georgian wine.

Added on that the wine was tasteless (tasted like someone mixed it with water…..). yes was not in a good mood. I didn’t even bother taking a picture of it……. 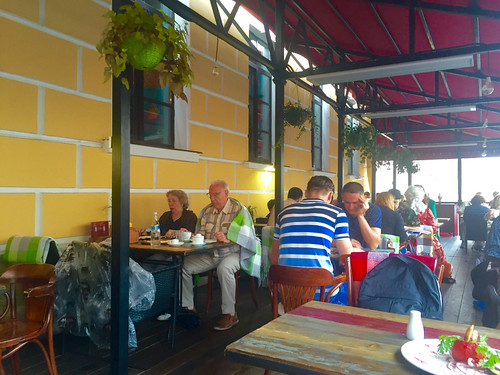 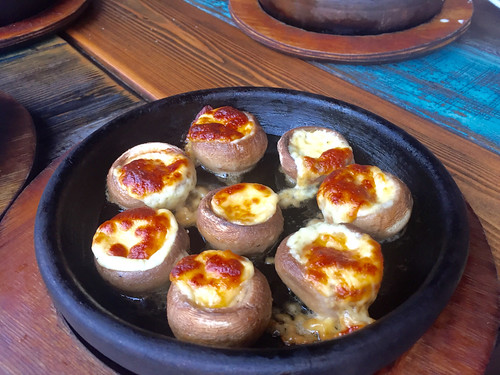 My main dish was this chicken drowned in garlic sauce. I admit I was attracted by the garlic sauce part. mmmmm garlic sauce. But the chicken in the menu looked really good too, like big and meat.

Reality? Skinny ass chicken with a lot of bones. 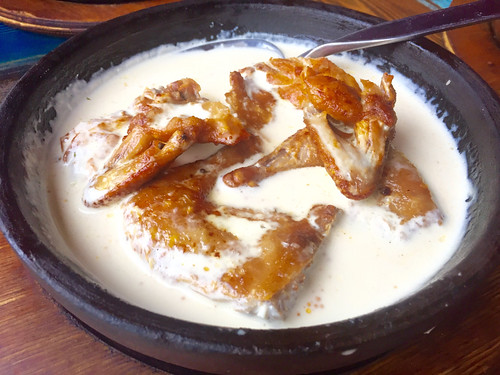 When the hell was the last you saw a skinny ass chicken? Like never, all chickens are fattened up nowadays. So fail. The sauce was good, but I need some meat dammit.

Overall, not a very satisfying experience.