Situated pretty close to the west lake, the “ancient section” of hefang old street is a good pit stop if you are looking for a drink or food.

There’s not a lot of options around the west lake either so you are better off coming here too.  And that’s exactly what we did when we visited the west lake. 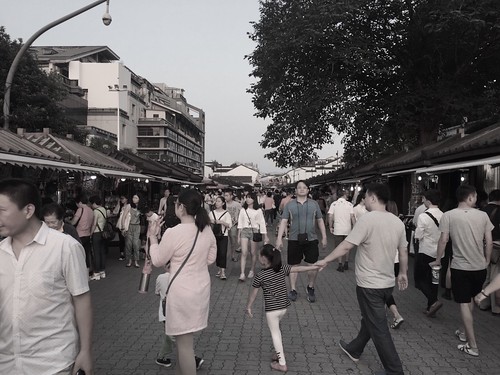 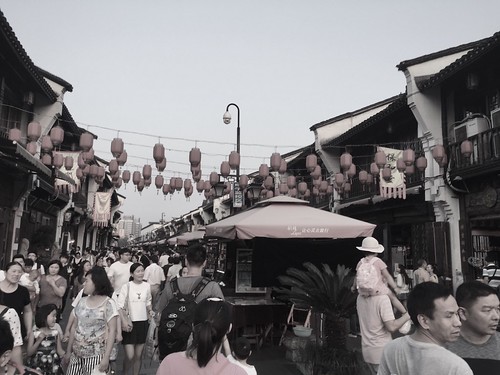 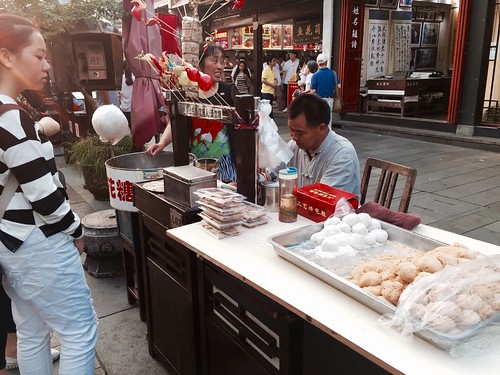 We started walking around 5 I think? Walked till the sun started to set. Kind of cool with the sunset here, wish I had a better camera to capture this scene though. 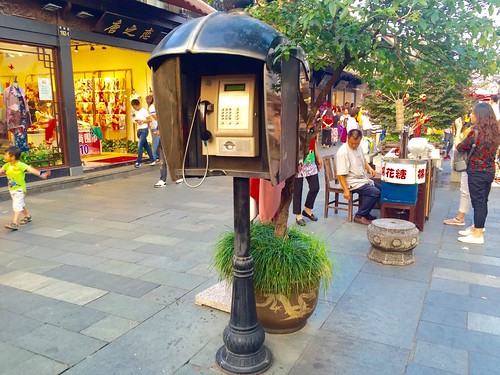 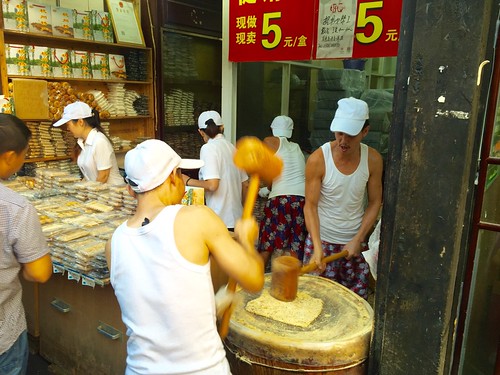 Along the way we saw this shop selling sesame crackers. Really smart marketers I must say, because these two guys were yelling, grabbing everyone’s attention, and started to bang the shit out of the sesame paste. Really smart. People probably thinks their shit is really fresh. 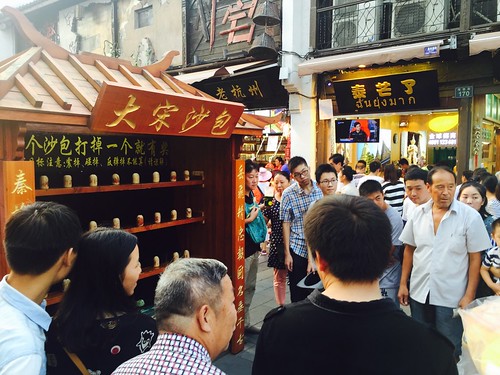 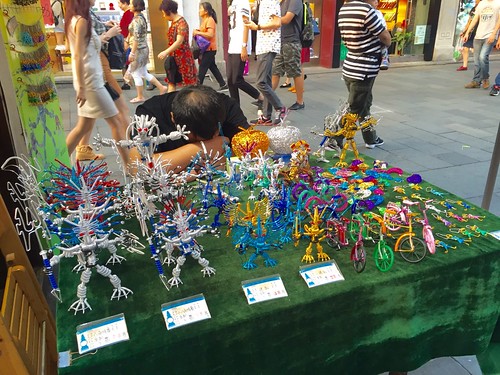 And then there’s this guy. Hard at work I see. 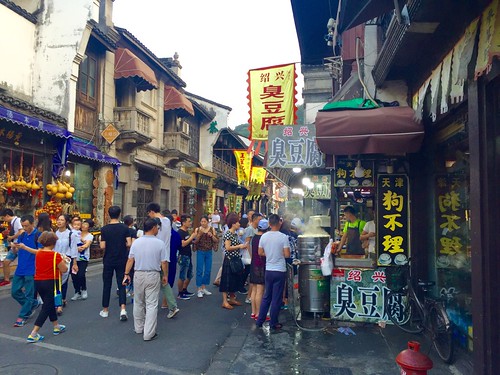 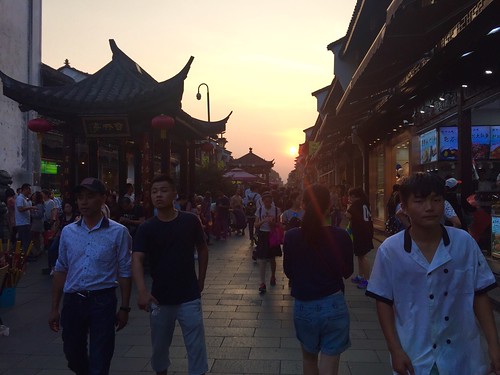 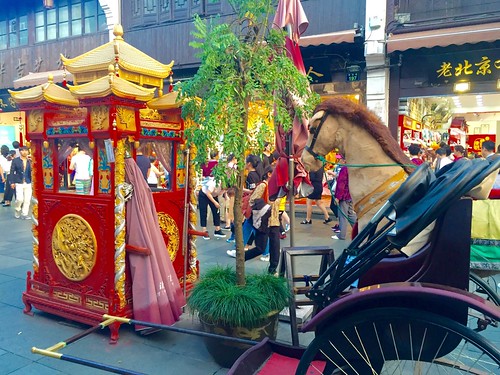 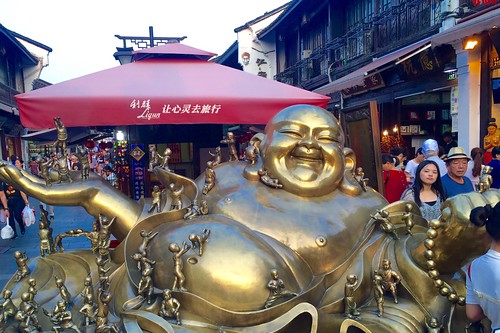 ANDDD there’s a Buddha for you to look at.

Would I come back to the street? Probably nah. Probably spend more time at the west lake then here. It’s supposed to be ancient. It ain’t really that ancient in my opinion.