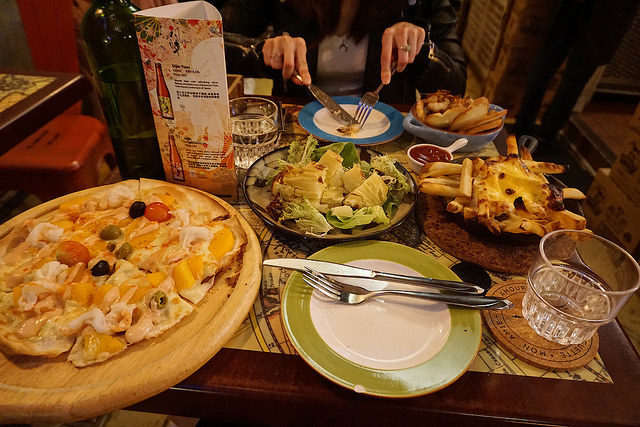 Getting really bored of the restaurant scene in Hong Kong.

Nothing really excites us anymore here which is bad I guess.

So bad that on a Saturday night we had nowhere to go, had no idea what to eat. We literally spent 20 minutes on our phones trying to find a good restaurant to eat at. The problem with eating in Hong Kong is:

So screw it, let’s just eat somewhere close to home. And that’s how we ended up at Cafe Ancient in Tai Wai.

On the board it says they have a live band every night starting 9PM.

But err…where are they supposed to play? There’s not much space here….

This is only my second time here. Don’t ask me why, probably lazy, probably broke.

Sat down, read the menu and realized this is a tapas place! Okay, that means sharing time!

We ordered a lot of food. 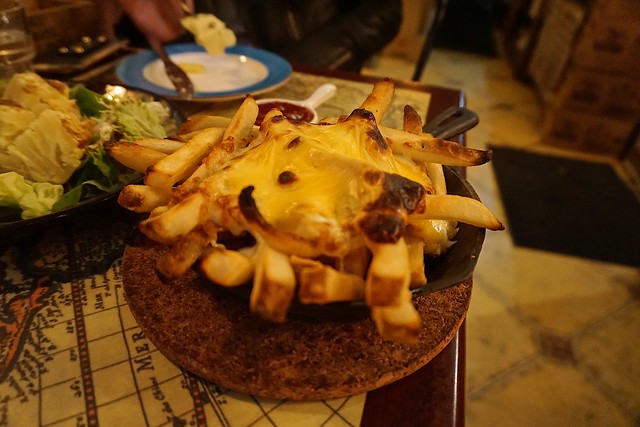 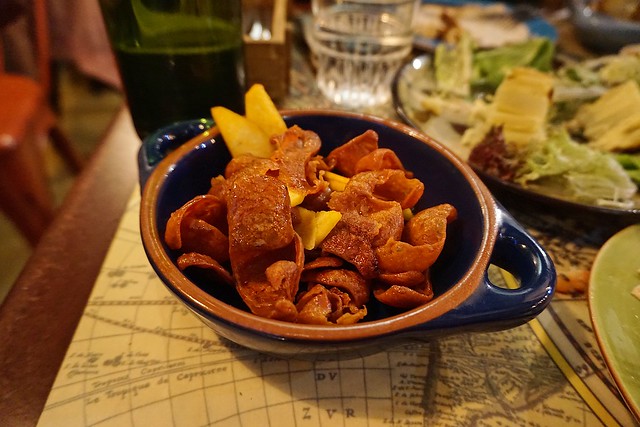 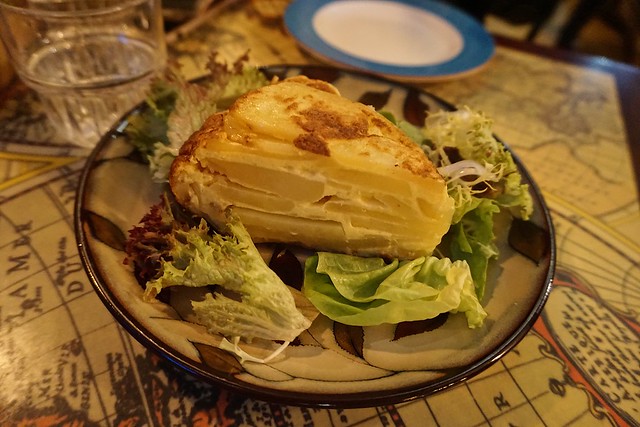 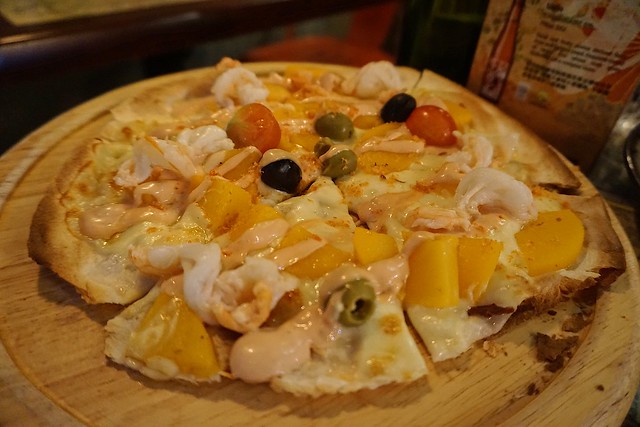 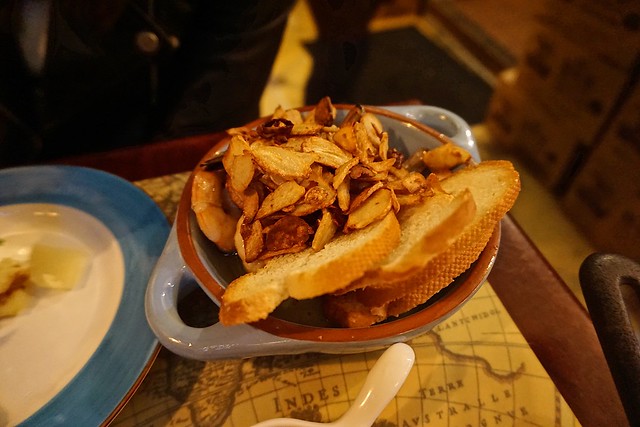 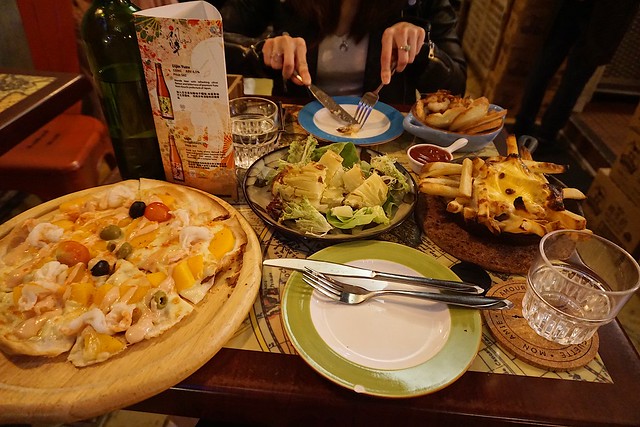 Hah. but eh we were hungry? The food here is kind of weird, I mean sausage with apple? Pizza with peach?

It’s weird, but actually those two were my favorite dishes.

The fries was shit though so don’t order it (seriously not enough cheese, and the cheese was cold).

Not a big fan of the spanish omelette (it’s just baked potato).

Prawns were not bad.

Place is not bad! Might even come back for the pizza!