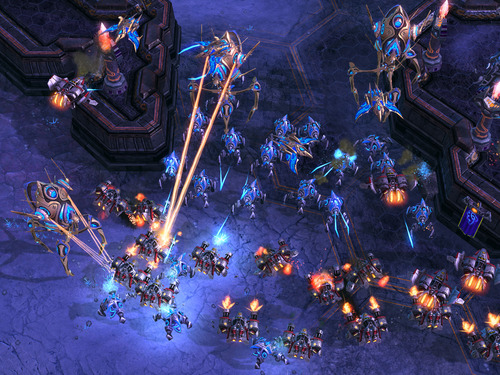 I remember growing up with this game during elementary school / high school. Played a lot with my buddies, doing those 2v6 comps, FFAs, 2v2s 3v3s etc.

Anyways so starcraft 2 came out (i think around last year?).  Played a bit before i moved to Hong Kong.  Really want to play again. Maybe I should invest in a new laptop / computer..mmm.

Anyways my favorite race is zerg and will always be. Started watching some starcraft 2 matches on youtube (yes i know loser lol).

There’s a lot of pro starcraft 2 gamers out there.  Apparently there is a starcraft 2 league as well tournaments that occur world wide, and it’s all cash prizes.

Like I said been watching a lot of online games, and I have a couple of players I follow a lot right now.  And here the are! (Husky is also my favourite starcraft 2 caster, just wanted to throw it out there!)

Fellow Zerg player, very creative in his builds and strategies. Uses a lot of Nydus Worms and queens to defend and attack.  He also doesn’t get gas right away which is interesting because usually players like to tech up as soon as possible.

Anyways here’s a game in which he played in :

He’s good, but i think the best thing about him is his attitude.  LoL the guy is badass. He would say shit like

“Waste of my time”

Here’s a video of him streaming his games:

Wanted to show you guys how a pro gamer plays. Holy crap. look at that.

Alright that’s about it for this post. Not sure if anyone reallly will under this post since it’s all starcraft mumbo jumbo haha.