A popular thing to do in London is to watch the many musicals that the place has to offer.  Although I wanted to see the Lion King, we decided on Matilda instead.  To be frank, I didn’t really know what Matilda was about.  Without trying to ruin too much of the musical, it is about a child that is treated unfairly by everyone (including family).  She discovers she has secret powers which she uses against the evil head mistress of the school that she attends. That’s all I am going to say! 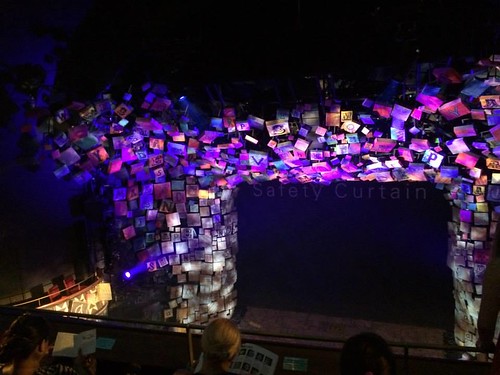 The musical has won many Oliver awards (the equivalent of an Oscar).  I think though, because we landed that day we were all really tired and were falling asleep.  I don’t really think the musical was that bad, as I did enjoy the second act.  I think the fact that I didn’t know what the background of the story was, which made the first act hard to follow.

The kids were all very talented, which made me kind of jealous.  Where are my musical / artsy talents?  Auditors aren’t that creative I guess. haha.

There are many other musicals you can check out.  The one I really want to see is the Book of Mormon, which is being produced by the producers of South Park. And I LOVE South Park.  In soon time…