I want to write about my KTX experience because….well because I can =p

I want this to be a helpful post for those that want to travel through Korea.  Forget using domestic flights, take the KTX.  My route was from Seoul to GyeongJu to Busan.  The direct trains from Seoul to Busan only takes about 2.5 hours (probably less) so it’s much faster than taking the plane (you have to go checkin your bags, go through security check etc).  Not to mention the KTX is very much on time and more reliable. 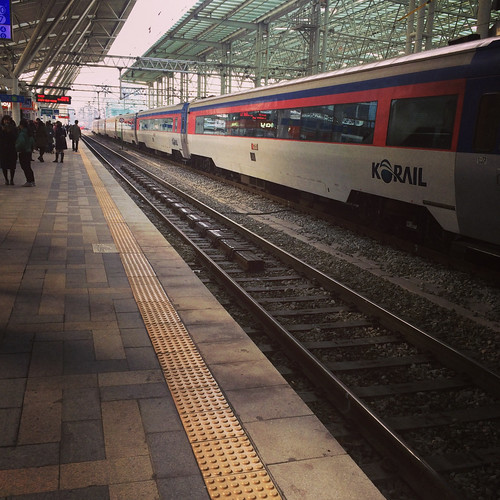 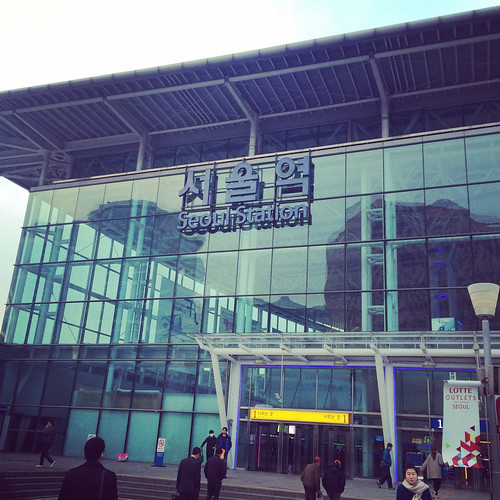 If you’re starting off from Seoul, you will need to go to Seoul Station.  I recommend purchasing tickets in advance, but I have seen people just hop in and stand.  I think you can do as long as you purchased a ticket, you just won’t be sitting.

I am not paying to stand.

We purchased economy seats, but they were still very comfortable: 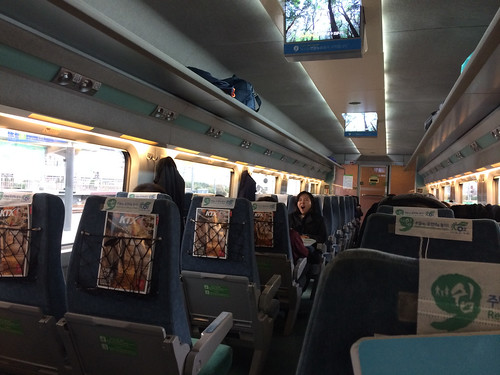 Seoul Station is about a 5 minute drive from City Hall, which was great for me because my hotel is super close =p

Like I said, I purchased tickets in advance therefore I only had to pick it up.  I had to show my passport but that was alright.  They should anyways.

Our train was to depart at 9AM, and it departed at 9AM.  Not too shabby.  I am used to late trains (aka TTC) so this was nice.

Overall, two thumbs up to the KTX.  Now that I have found this form of travel I may do more traveling in Korea next time I come back to Seoul. 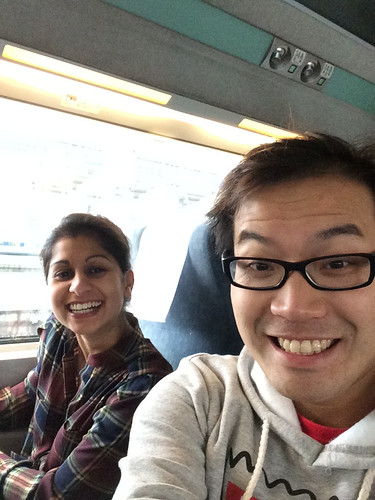