Okay, so guess what? I am not the only one that constantly craves for pizza.  Apparently Daisy does as well, (well more like she was craving cheese but whatever same thing).  We walked around in hopes of finding pizza that is cooked in a wooden stove, because those are the best pizzas ever.  Unfortunately, we did not find one.  We did end up at this bar / restaurant called the Verve (http://vervecafe.com/), in which they advertised themselves as a cider bar. 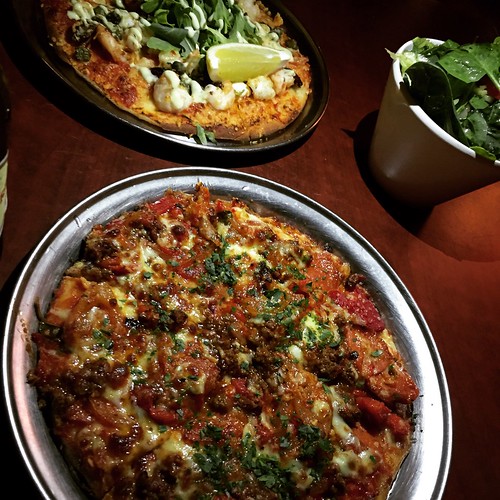 huh? Ciderbar?  I only know normal bars, never know there were cider bars. But yes, you probably guessed it right.  They serve a lotttt of different ciders.

I of course, did not order a cider despite the name of the restaurant.  I ordered 4X (local beer), or at least that’s what I remembered ordering. 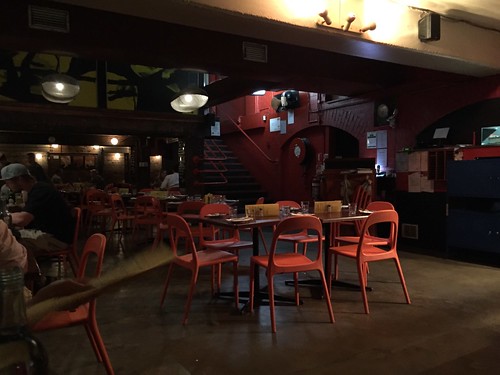 Place was not too busy, but I don’t think it’s a reflection of the food.  I think it reflects more on Brisbane, and the fact that its empty by 4PM.  Aussie Life.

The pizza was SPICY.  But that’s because I ordered the one with Chili Jam in it. I thought I was the shit, and could handle any type of spiciness . Yes.  I was able to handle it actually.

Not even sure if pigs sweat.

if you are wondering why I am not making sense at the moment, it’s because I am super jet lagged.  Typing this up in Toronto as I speak, and I just landed yesterday.  I am so tired.