Duddeeee….you know when we say we are going to have brunch?  Well it’s really lunch.  Why say brunch, when we always end up eating during lunch time?  Random I know, just referring to me and my colleagues.  Okay ANYWAYS, we have “brunch” (at 12PM) at this neat little place called “Pablo Cafe, Breakfast and Brunch“.  Being the idiot that I am, I did not take a full picture of the front: 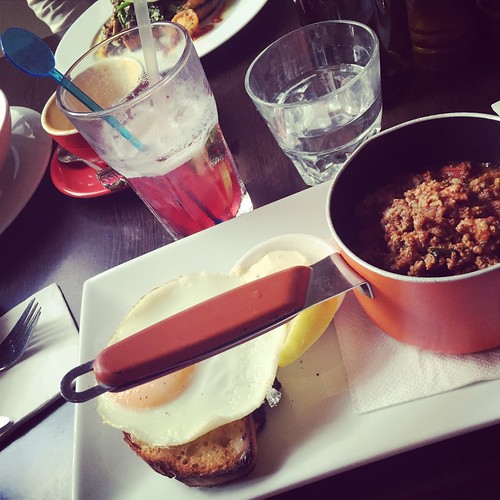 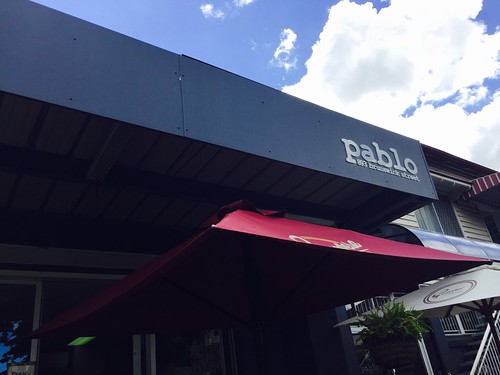 Instead, I took a picture of the roof / sign? Sigh…take some photography lessons Munky.

To start off the meal, I ordered this delicious berry drink / mixed with ice cream.  Apparently this was home made which made it even more awesome.  If you think this was a girly choice then well, doesn’t really matter cause I drank it already.  I also couldn’t drink beer because 1) They didn’t have beer 2) I was driving so I shouldn’t really drink 3) Let’s be healthy here. 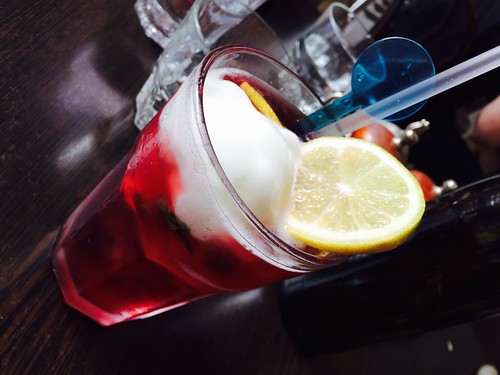 The girls got coffee.  Typical.  But then Australia is like coffee capital of the world.  They love their coffee, and I guess based on the aroma it does seem like it would taste really good.  Don’t really know, I only had cappuccino’s during my time there which by the way was at the hotel at the all you can eat breakfast buffet hah. 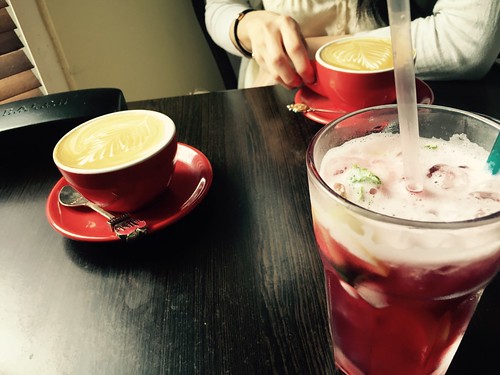 At the recommendation of Daisy, I ordered the minced meat tomato sauce with sausage and egg on top (see first picture).  I don’t think that was the actual name of the dish, but it’s what it was made of.  So in more simple terms, I bascically had bolognese sauce with bread.  And it was delicious. At first I didn’t really know how to eat this, (I eat really simple).  At first, I thought I eat the bread with the egg separate from the sauce.  Then I thought I was suppose to mix the egg with the sauce first.  I finally decided, I should probably mix the bread, sauce and egg together.  Yes.  That was what I was suppose to do =)

They don’t really have a website by the way.  But they are no urban spoon, and if you are looking for the address it is there as well: 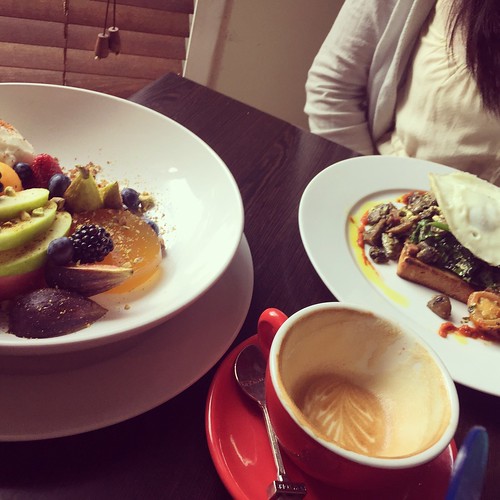 The girls ordered fruit and some mushroom dish.  Nothing to add.

I wish Hong Kong had more of these cafe places where I can have brunch, and is not so crowded.  Or maybe I just haven’t discovered them.  Maybe there is a whole street of them.  Maybe I should check it out.  Maybe……. 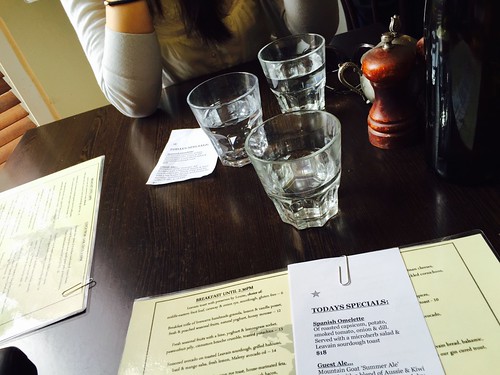