Let’s go blackhawks! Not my first hockey game, but was my first ever Blackhawks Game.  For those that are not familiar with the term Blackhawks, they are a hockey team based in Chicago.

For those that are not familiar with hockey, then I can not help you anymore.  You should just skip this post. 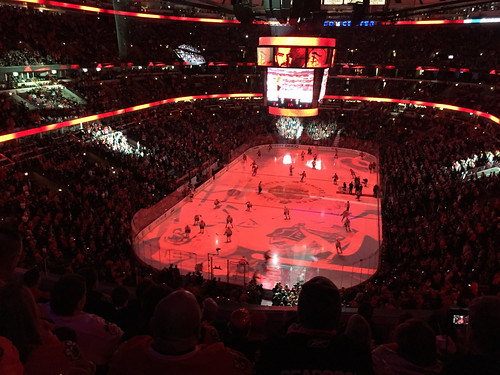 So yeah, it was planned beforehand that we would be going to a chicago blackhawks game, so I made sure I brought my fake Chicago Blackhawks Jersey.  You can seriously not tell the difference between a real one, and a fake one.  Just buy it from China people. 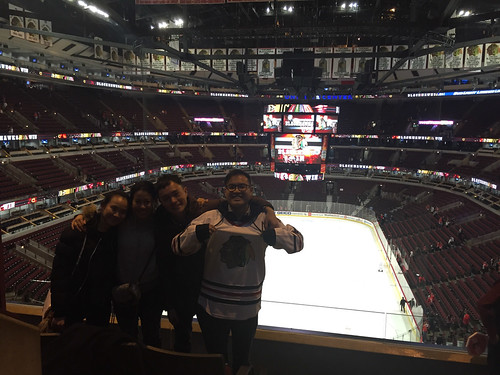 The game itself was good, Blackhawks won of course.  They are the better team.  The score was 4 – 1.  Everytime the Blackhawks won, they would play an anthem called Chelsea Dagger.  I remember one year in the playoffs between Vancouver and Chicago, Chicago scored like 10 goals and the Vancouver players got really annoyed with the song lol. 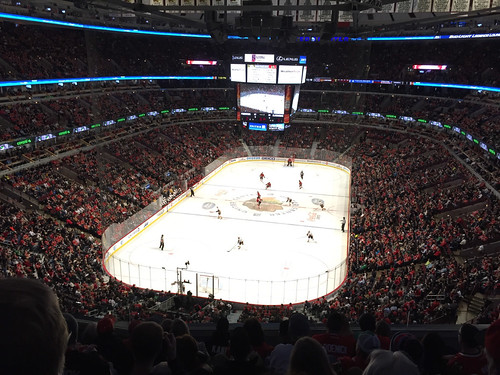