Man I have no idea what the fuck a herring is.  All I know is that this was some delicious damn raw fish.  So fresh. So good.  A bit salty. but damn good.  I don’t have a particular restaurant in mind to recommend you because we had herring at 3 – 4 restaurants / shops.  Just go to the city center of Amsterdam, you will find it with no trouble at all.  Or just google “Herring”.  Yes Genius. 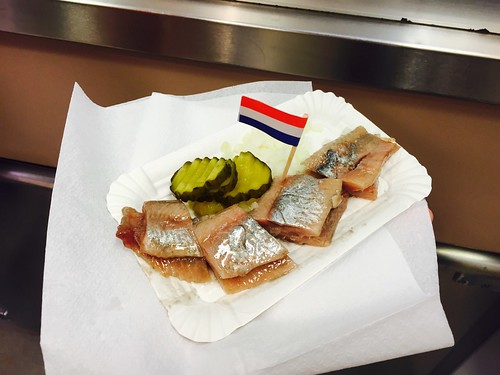 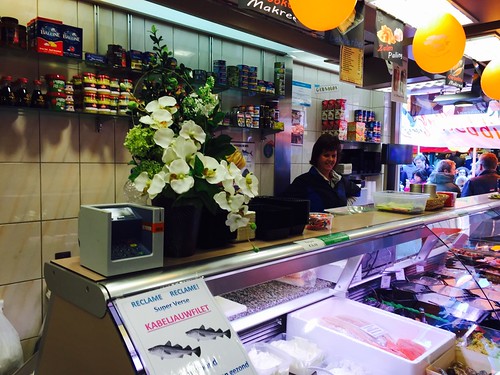 Anyways, what the fuck is herring.

“Herring are forage fish, mostly belonging to the family Clupeidae.

Herring often move in large schools around fishing banks and near the coast. The most abundant and commercially important species belong to the genusClupea, found particularly in shallow, temperate waters of the North Pacific and the North Atlantic oceans, including the Baltic Sea, as well as off the west coast of South America. Three species of Clupea are recognised, and provide about 90% of all herrings captured in fisheries. Most abundant of all is the Atlantic herring, providing over half of all herring capture. Fishes called herring are also found in India, in the Arabian Sea, Indian Ocean and Bay of Bengal.

Herring played a pivotal role in the history of marine fisheries in Europe,[2] and early in the twentieth century their study was fundamental to the evolution offisheries science.[3][4] These oily fish[5] also have a long history as an important food fish, and are often salted, smoked, or pickled.” 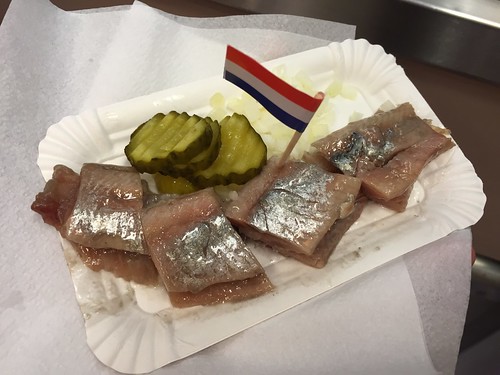 I especially like the last part.  The fish is often salted, smoked or pickled.  That is the best depiction of this food.  Man it was super cheap too…I don’t how much because it’s been almost a week now since I left amsterdam, but it was cheap.  I know because I had 2 servings in one day.  Some of my idiotic friends had 3 – 4 but let’s not get into that.

Yes, this is DELICIOUS!!

WHERE CAN I FIND IN HONG KONG?