Dude, bubble soccer is so dangerous.  Like why do they even allow people to play this game. It’s basically bumper cars but on your feet.

Dude, bubble soccer is so dangerous. 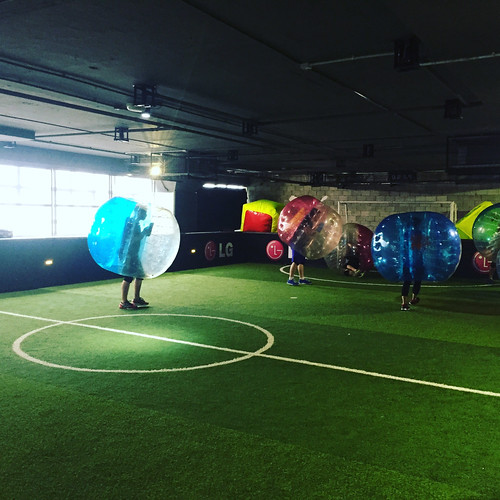 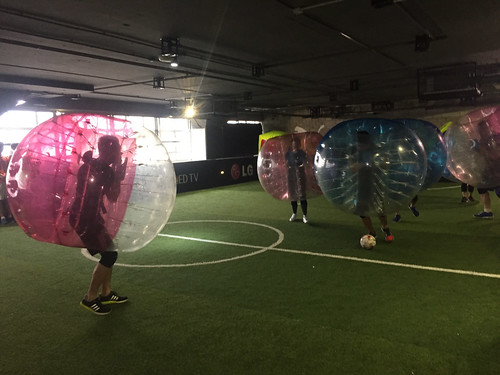 It’s bumper cars, ON YOUR FEET.  But dude, really dangerous.

I feel like the bubble soccer companies should have warned us about the potential hazards of this sport.

But meh.  So we went on a Saturday, there was about 12 of us which unfortunately was not enough people.  Why? because after one game we were all exhausted.

We ended up playing a couple of games of normal football (or soccer), before switching to the bubble soccer format again.  Yeah, so the concept is you suppose to kick the ball into the net.  But screw that, you should just go ram and bump other people around and make them fall on their feet.

Or make them dislocate their knees.  Whatever works for you.

The one we went to was located in Kwun Tong.  Have no idea where the hell it is, so don’t even bother asking me. Just do your damn research. 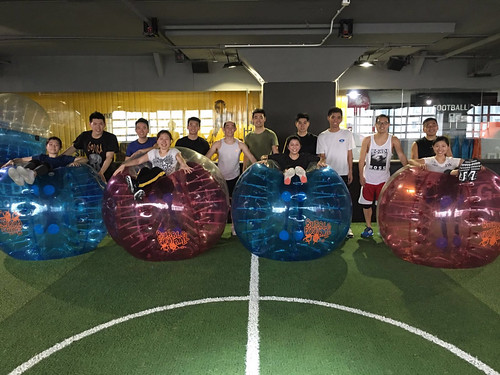 Would I play again? Nah. Probably not.  Feel like once is enough.  ALTHOUGH, I do want to play archery tag…..mmm next on my to do list.