Yo Brazilian Steakhouses are super awesome.

Steaks and shit. Just up my alley. Unfortunately, Braza the Brazilian steakhouse you are average to me. Well actually just your steak is average, your chicken wings and pineapple was damn delicious. I had a lot of pineapple that night. 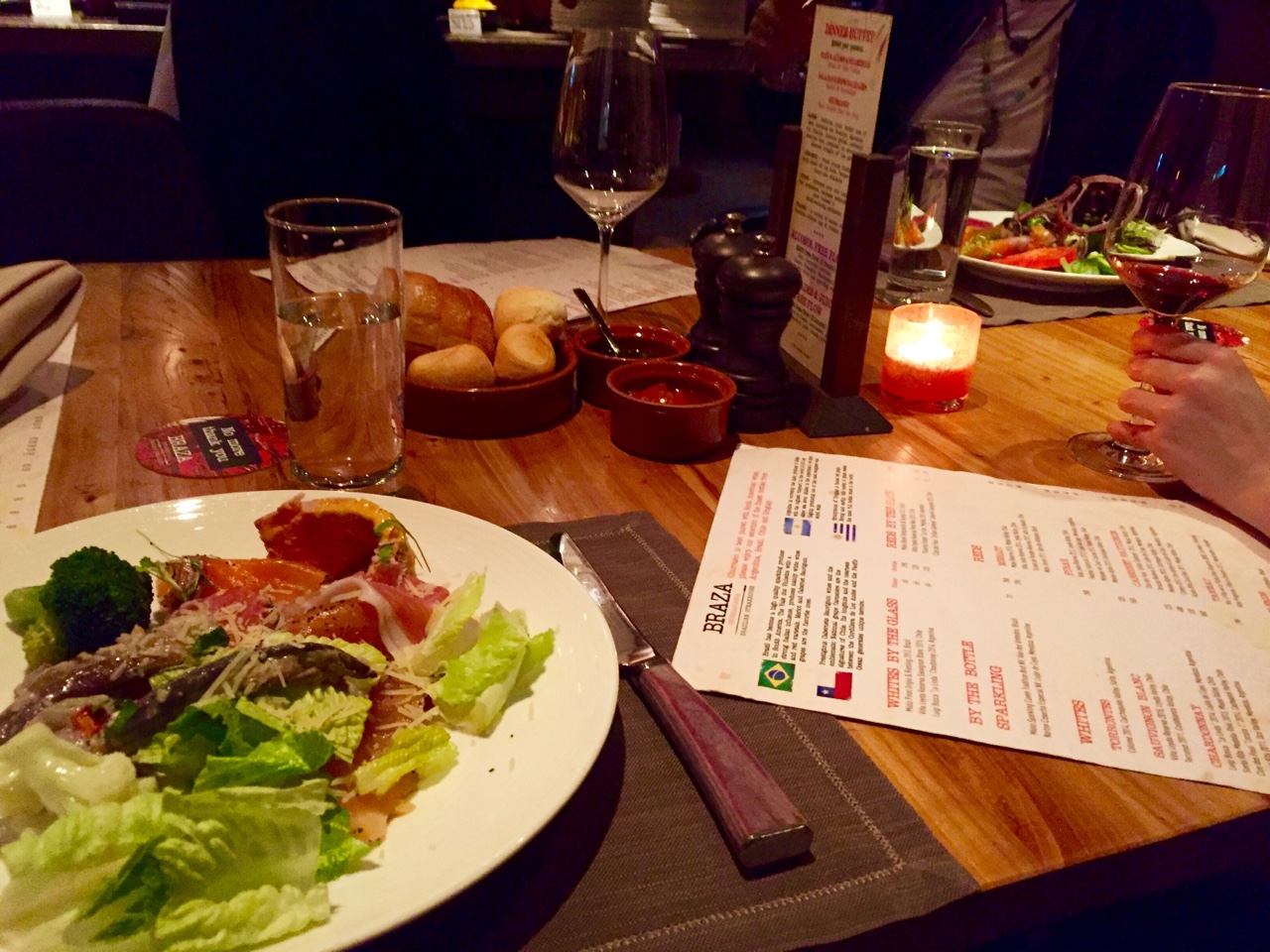 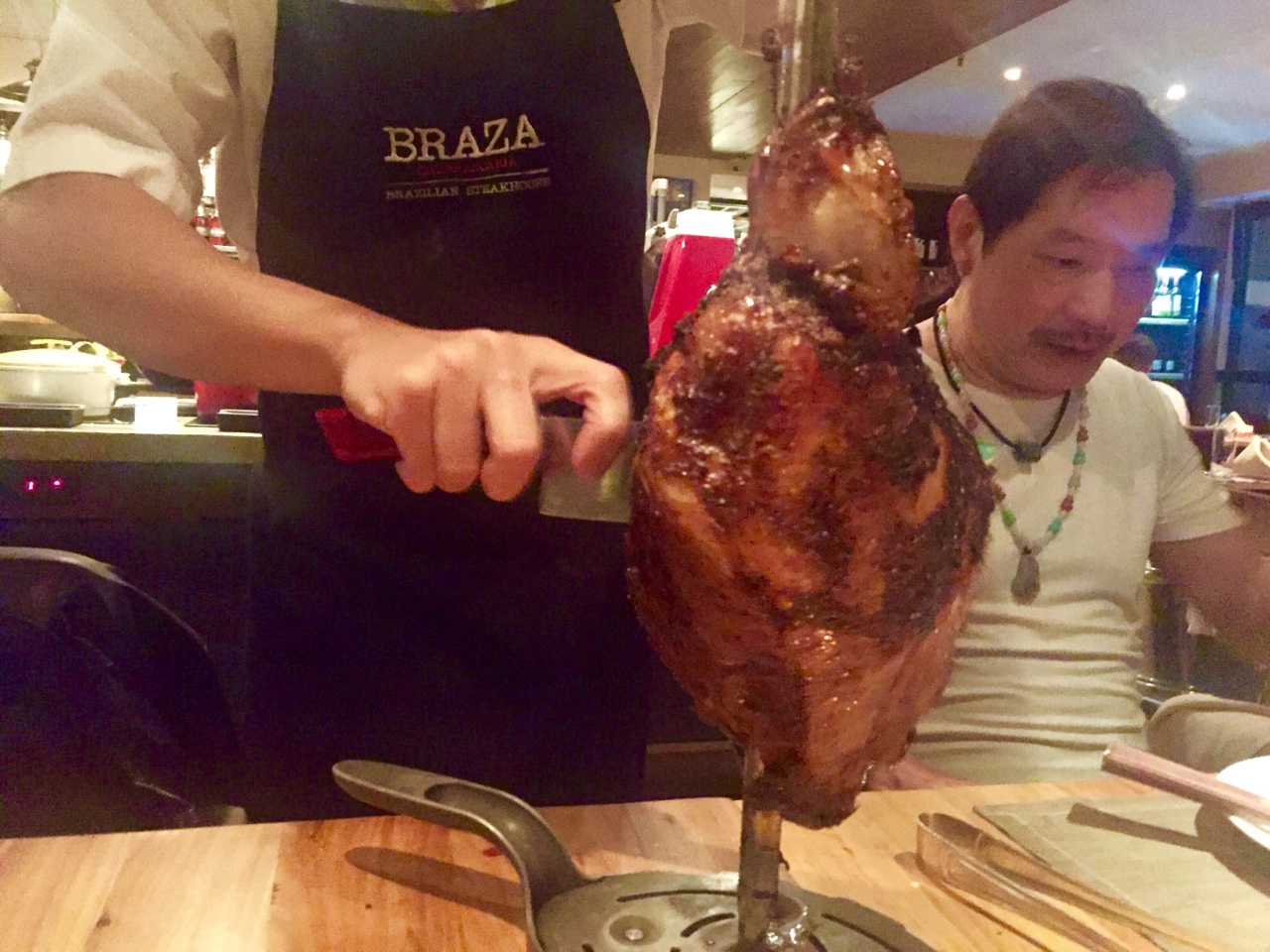 Picture of lamb leg and le father. Lamb was alright as well…but back to the steak.There was like 5 different kinds of steaks…and they were all kind of tough..wasn’t good.

But Hong Kong doesn’t do steaks well. Why is that? Is it because the quality of the cattle here is not good? is it because it’s imported from China?

Just something is off with Hong Kong steak.

So I really shouldn’t blame it on Braza. 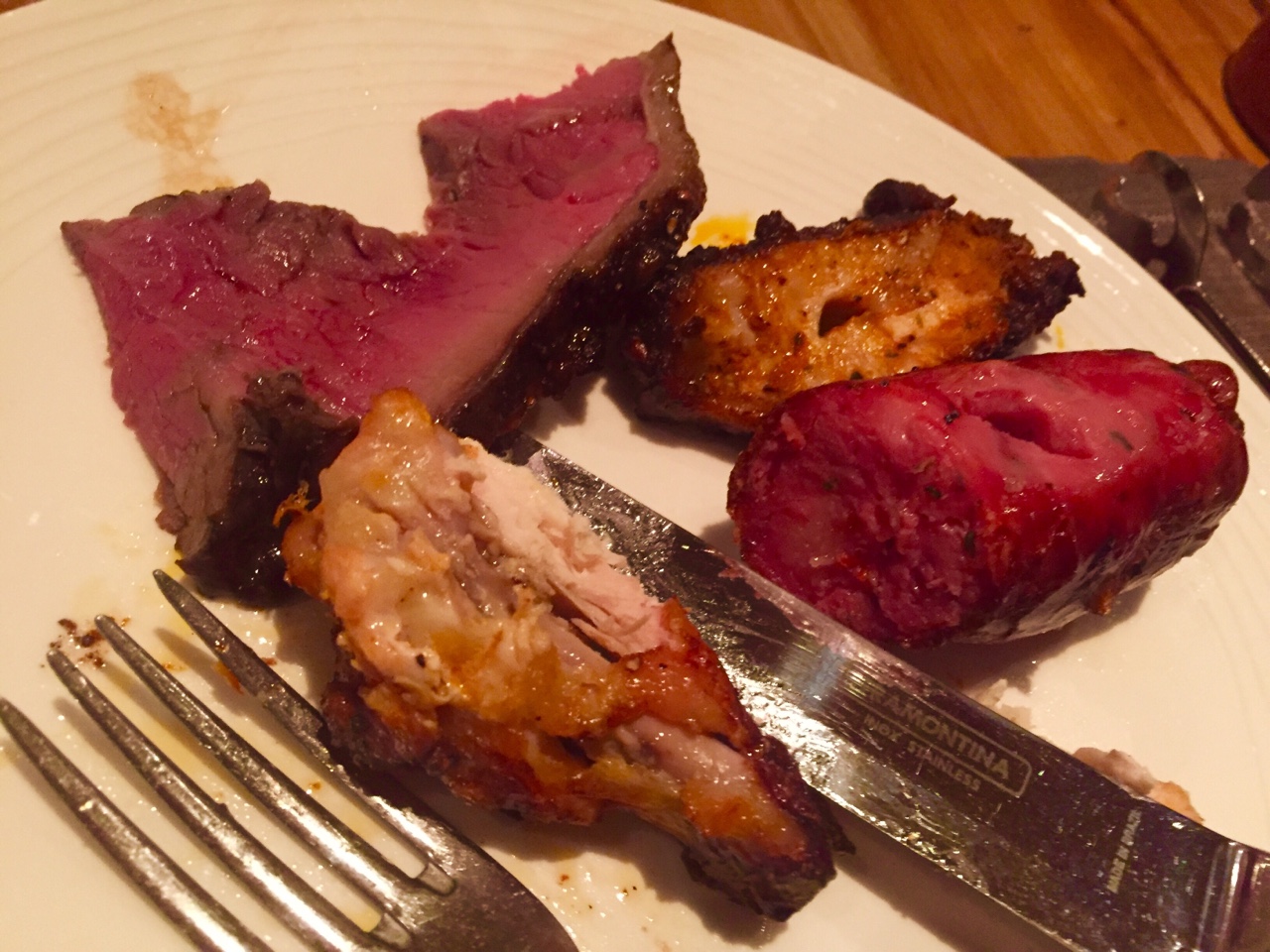 What I can blame though, is myself for taking such shit photos. Like look at this crappy photo. There is a half eaten chicken wing in there.

Not appetizing, nor is it good looking for a picture. 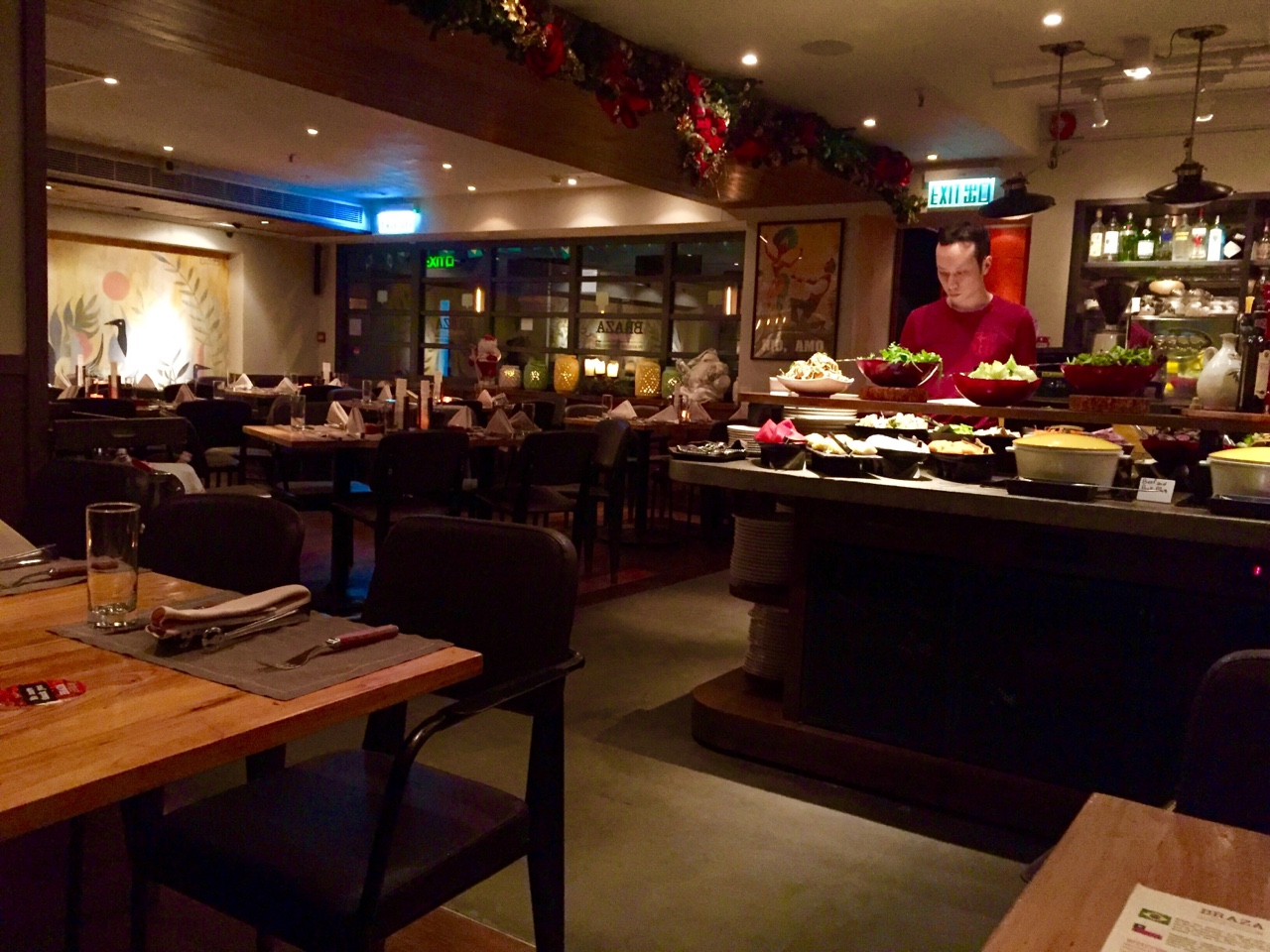 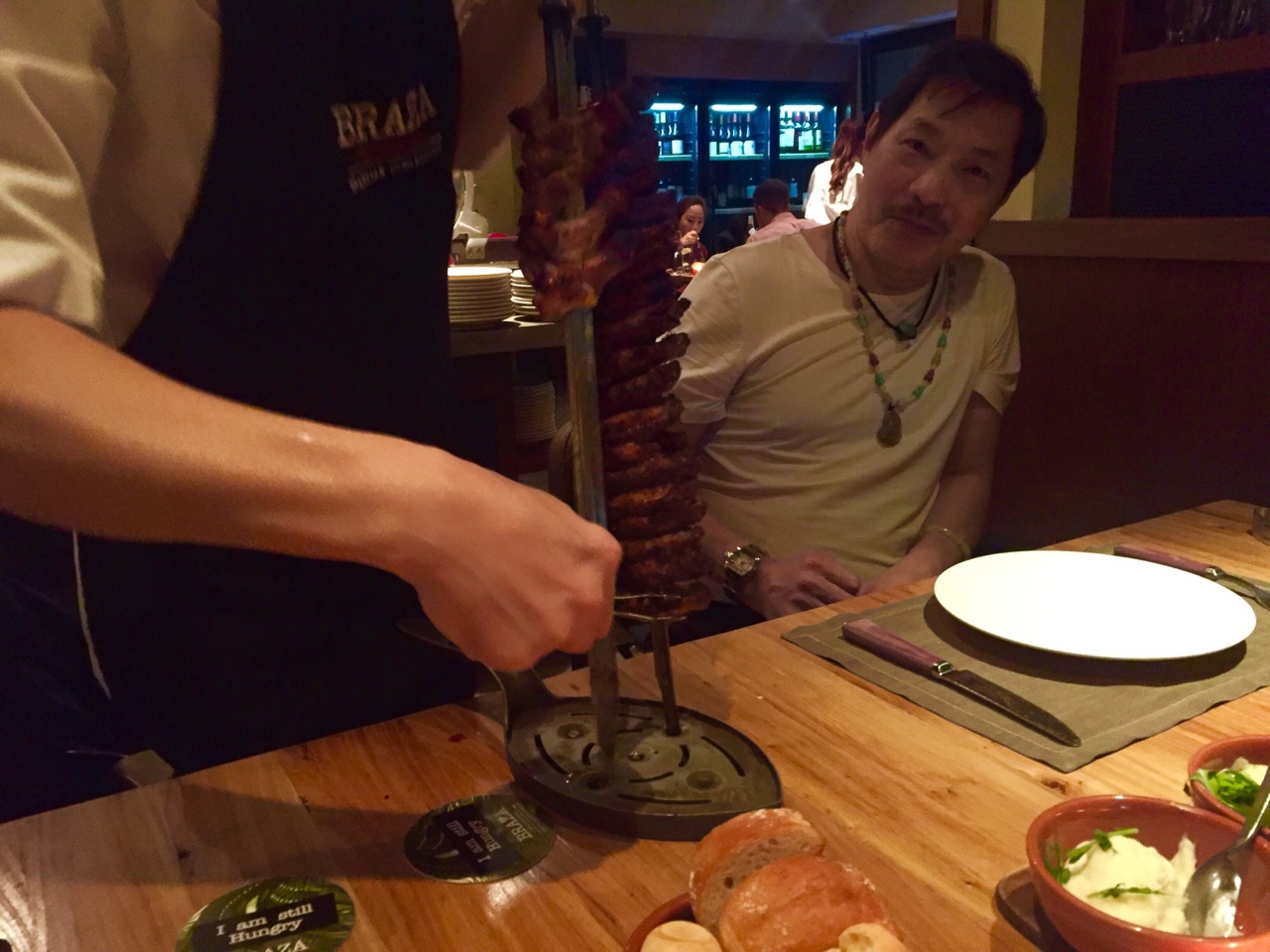 Le father getting happy about the meat.

I guess all men the same.

And I guess it’s all worth it even if the meat isn’t good, as long as everyone is having a good, kick ass time!