First time ever at a cricket game.

Never understood the game until now…why we went to a cricket game in Sydney I do not know.. BUT it’s supposed to be really popular and I love live sporting events so let’s do it!!! 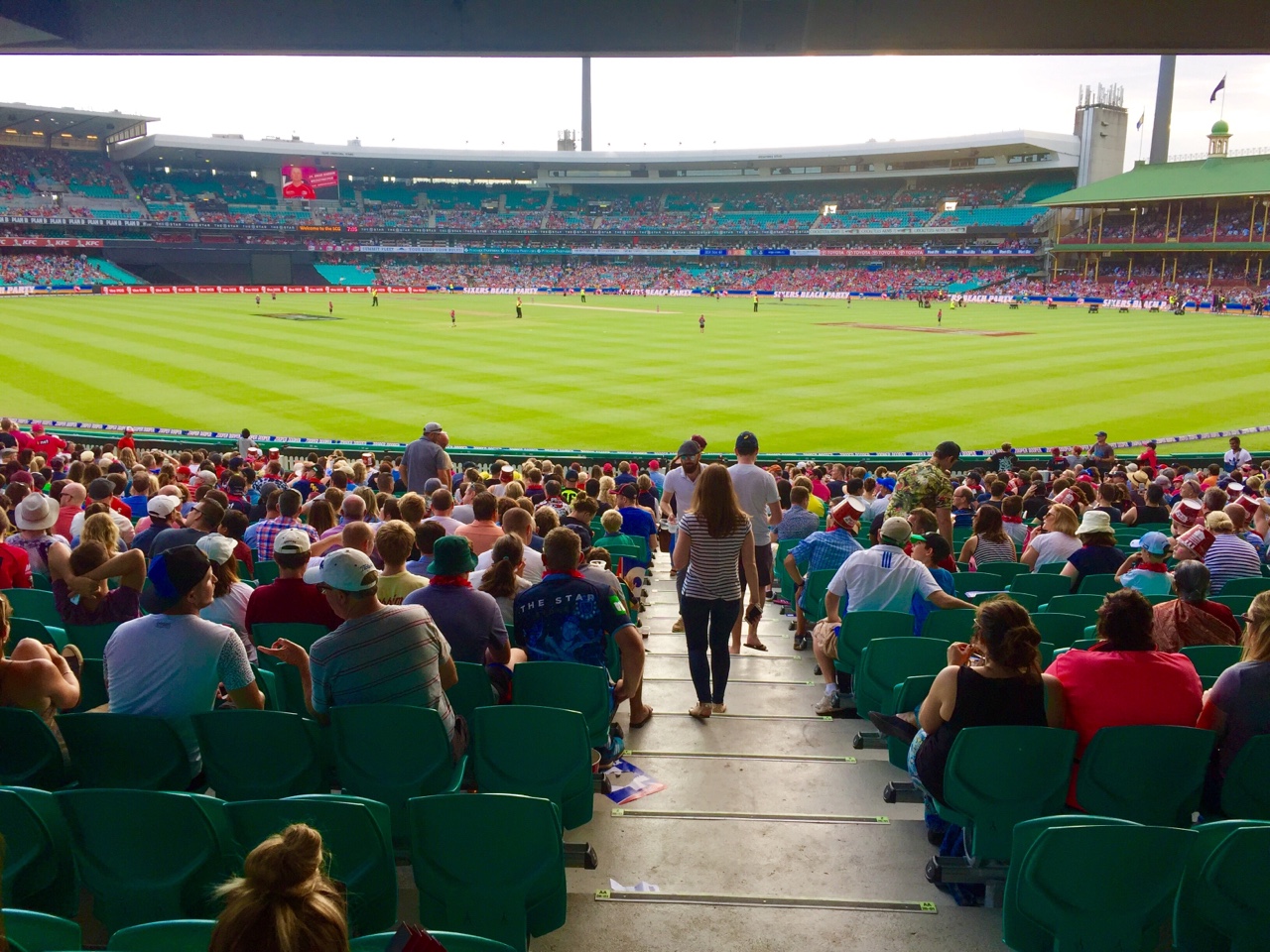 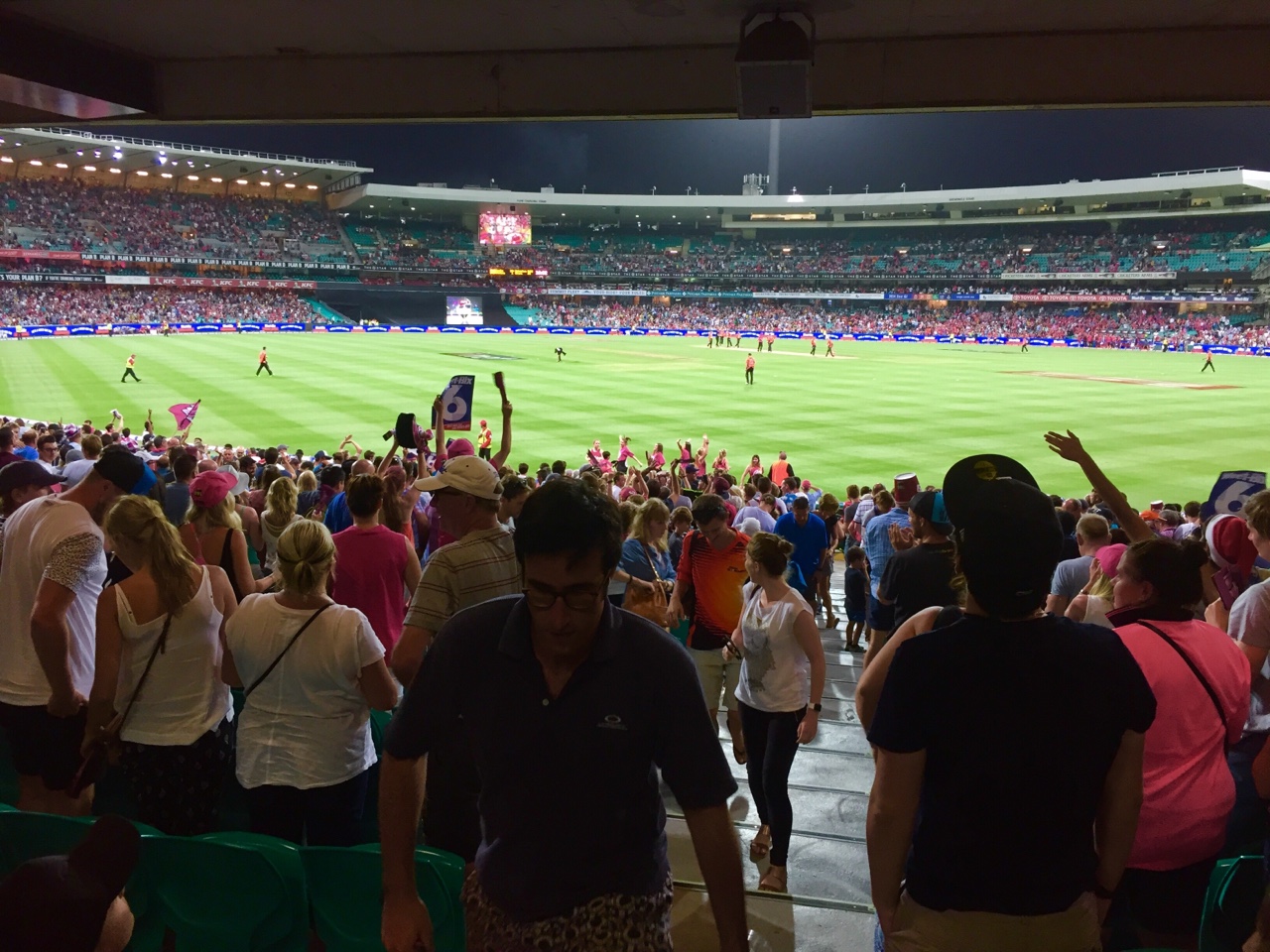 The BBL is a faster, more “exciting” version of regular cricket. Mainly because the “regular cricket” is played over 3 freaking days.

Ain’t no one got time for that!

To summarize the rules, you either score 4 or 6 points depending where the ball lands. If the ball doesn’t hit the boundary, then the number of points you get depends on how many “runs” you get…by running.

Someone likes the wall very much.

Yeah was an interesting event. Learned some shit.

Don’t know if I will ever get into cricket though haha. 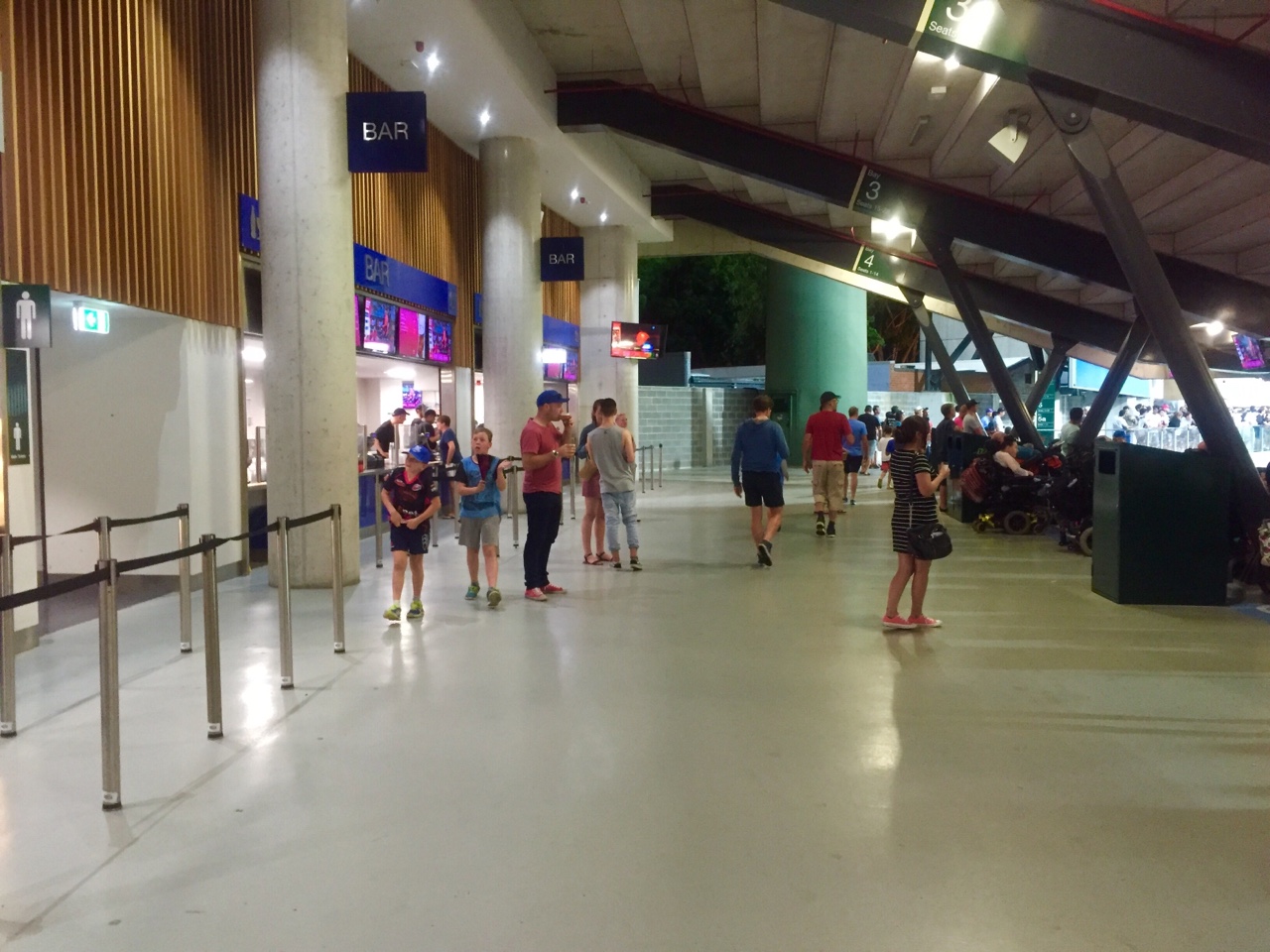 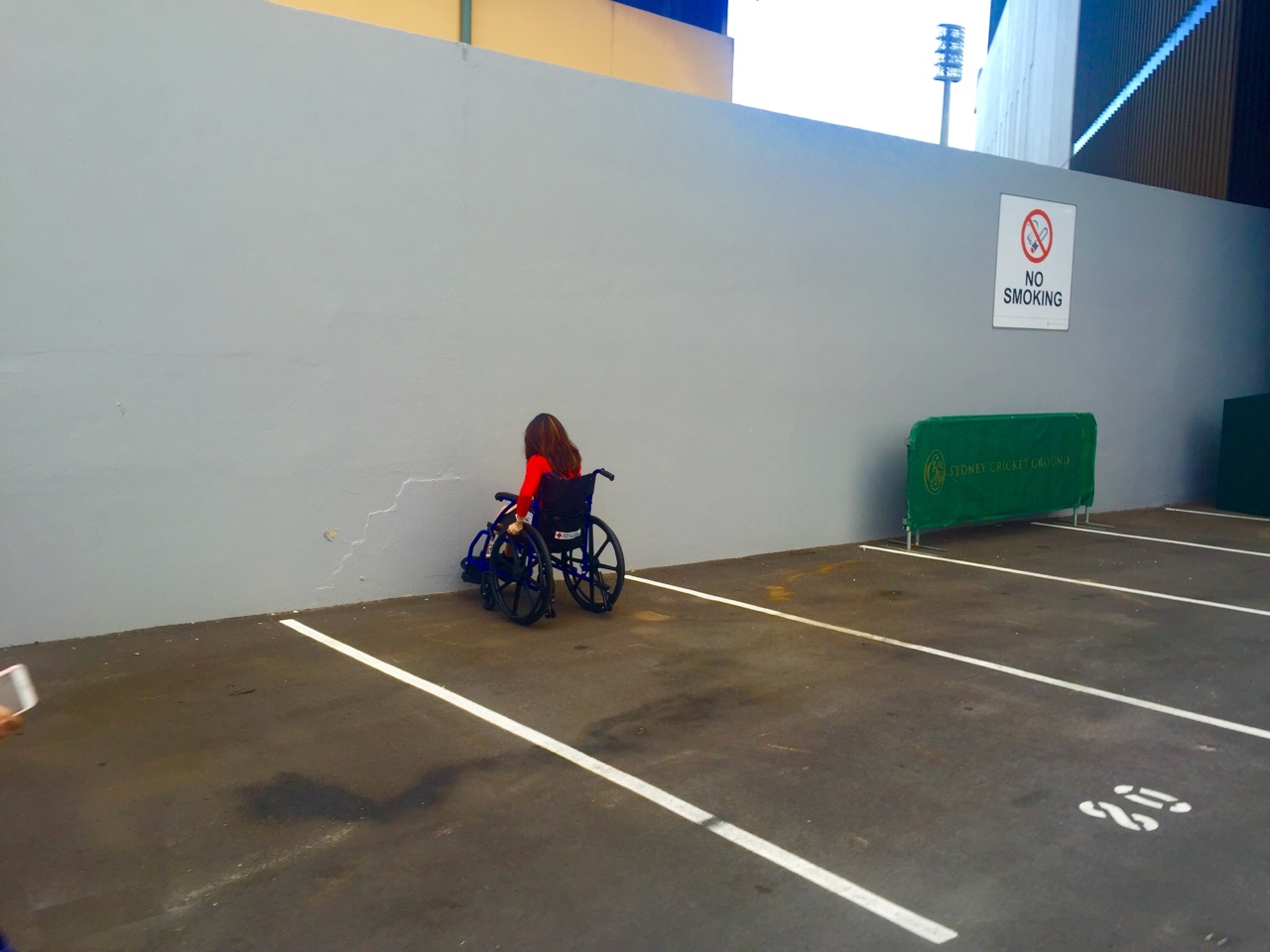