Tripadvisor, timeout, and sassyhongkong all have listed Coyotes as a top 10 Mexican restaurant in Hong Kong.

Who reviewed this shit?

These were the questions in Choi’s mind when he was researching Coyotes.

But let’s rewind first. Choi came here to eat because he was watching a shitty B-List Celebrity Charity Basketball game nearby. The only celebrity that I recognized was Deep Ng. Is he even a celebrity? Didn’t see much fans for sure.

Anyhow, Life boss and I walked pass Coyotoes and I thought to myself “Let’s eat at this strip club“.

Coyotes did get some good online reviews, with comments including:

So Choi, this place is good then right?

No! This was not good!

Allow me to vent:

Overall I was not impressed.

Yes the place was lively.

Yes the nachos were good.

But when 2 / 3 of your the meal was just average then I can’t really give you the title of “Best Mexican Restaurant in Hong Kong”. 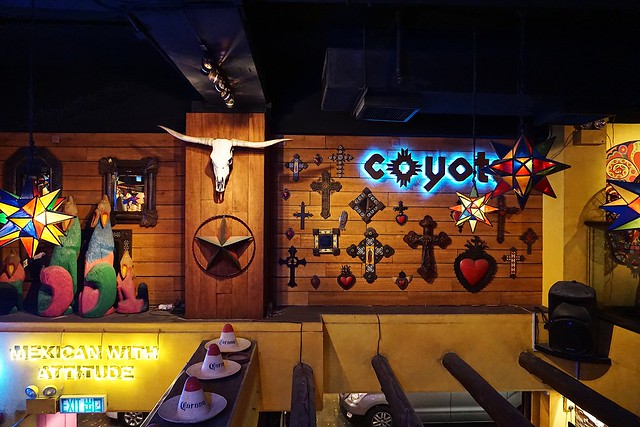