When you come to Taiwan, you have to go the night markets.

Because of the food;

Because of the crowd;

Because of the culture;

Because of the experience;

in the case of Taichung, you go to Fengjia Night market because it’s the biggest in Taiwan (or so they claim).

Because you have to. 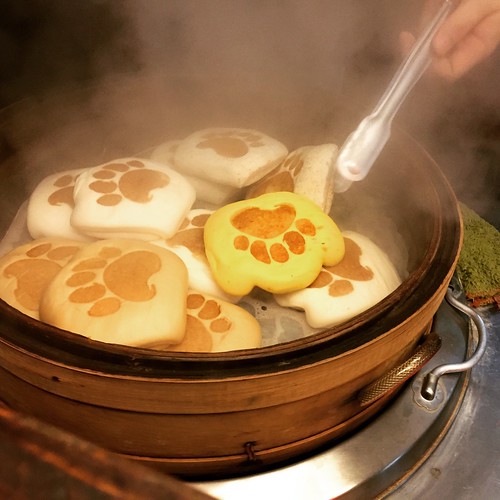 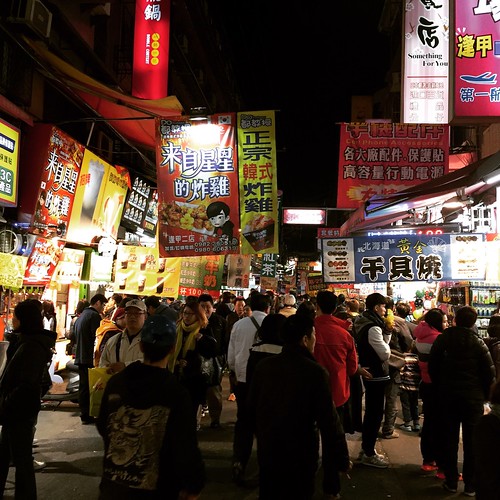 We ate so much.  I ate too much.  All those exercise days gone out the door, but that’s okay because I was on vacation =p 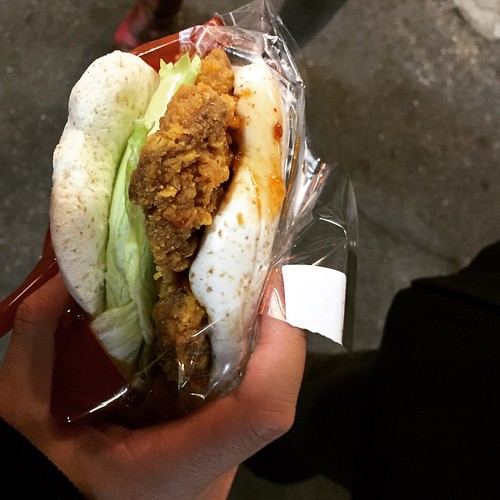 First item I want to introduce was the pork burger that we got.  What was super cool and cute about this meal was that there was a bear palm on the bun =p hahaha..yes I know stupid.  But palm aside, the pork was damn juicy and delicious.  The restaurant also put in a bunch of sauce in which I am unable to describe, but it’s damn good. 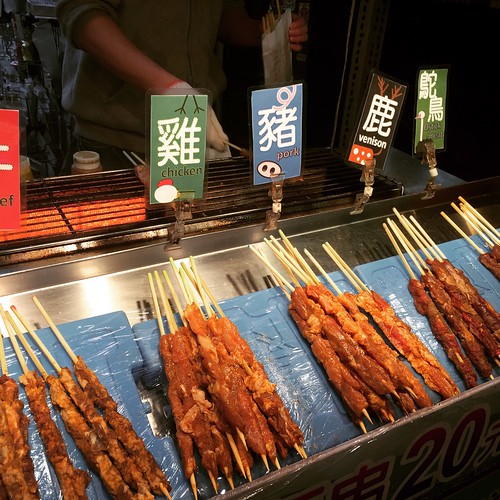 Then we got some skewers because I wanted some spicy lamb.  I like lamb, I really wanted to eat it that night.  So I did.  Life is all about pouncing on a moment when you really want something.  You take action.  And I did just that. 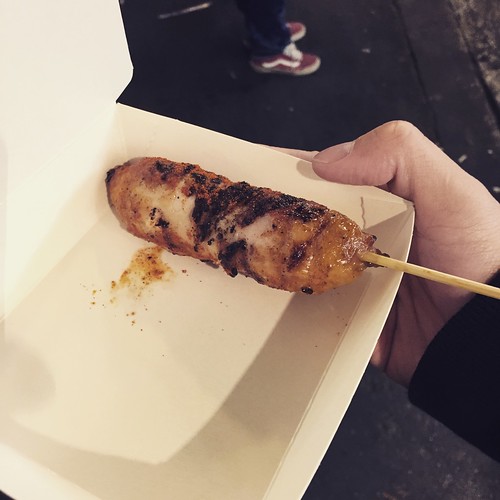 Then I got a chicken sausage.  Because I missed Toronto, and their hotdogs. 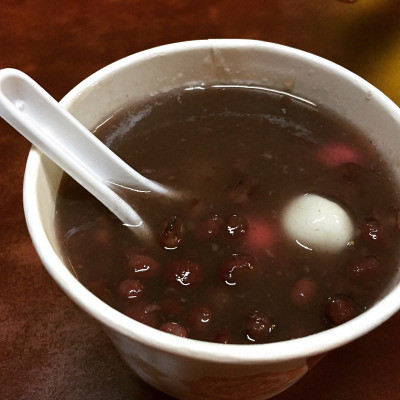 and then finally, because it was Winter Solstice, we decided to have some glutinous dumplings (a must have for this holiday).

Super full by the end of it, of course gained some weight as well but I was on vacation so it doesn’t really matter hahah. 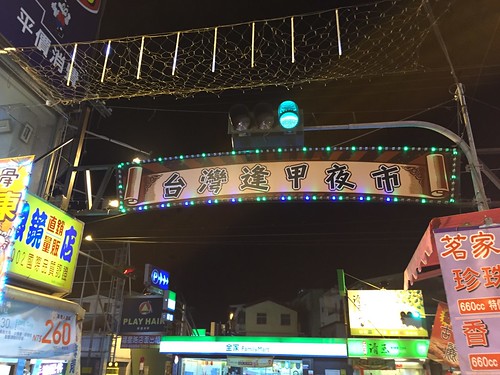