Toronto is the mecca of the hockey world.  Okay the Russians may disagree on this but whatever I am Canadian.  Being the hotbed for Hockey it only makes sense that the Hockey hall of Fame will be located here.  What exactly is the hall of fame?  Basically hockey players that were really successful in their careers (both men and women) would get inducted to here.  It’s the highest honor a hockey player can receive. 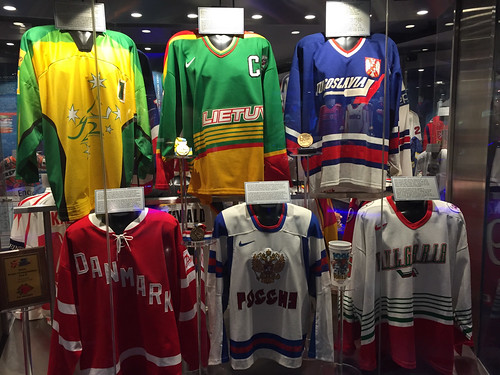 It also houses a bunch of trophies, including the one and only Stanley Cup.  The Stanley Cup in my opinion is the best looking trophy in all of sports.  Just look at that thing. 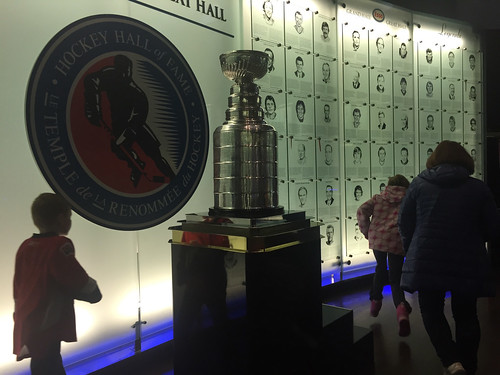 Won’t mind if I drink beer from that cup haha.

But yeah, took my cousins there because they are new to the country and don’t really know Hockey.  If you are going to live in Canada you might as well embrace the culture.  Don’t want to look lost when everyone around you is talking about it.

We actually found a hockey jersey that was worn by the Hong Kong Hockey Team. hahah Hockey had a hockey team? never knew that. 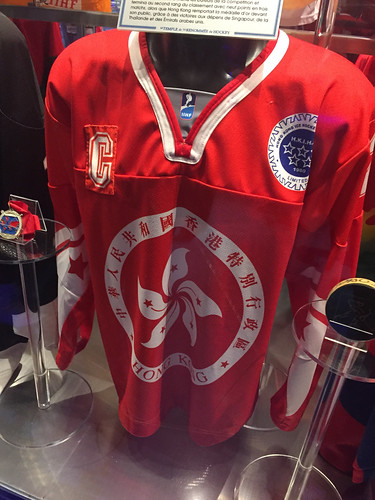 There were three of us, and for some reason the guy only charged us for two people?  Maybe because there was a promotion going on?  Who knows.

It’s been forever since I last stepped into the Hockey Hall of Fame.  Still blows me away the amount of history that is located here.

For those that want more information on it you can visit the following site: