Was walking around the Common Ground Mall on a Saturday afternoon, when I got really hungry.  I have been working out more so my appetite has grown 100%.  This probably isn’t going because it means I am eating more than I am burning.  Sigh, life. 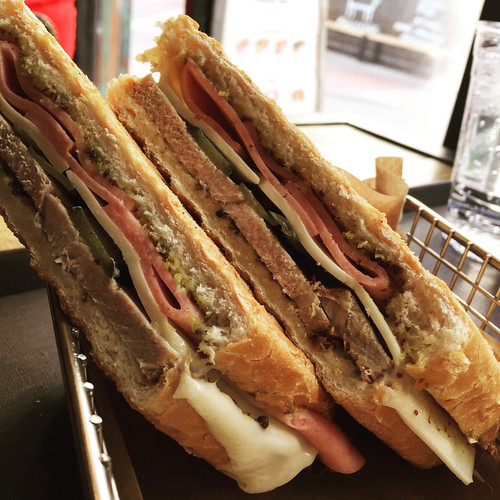 But yes, walked around the area near the mall and came across this little restaurant that sold cuban sandwiches.  When it hit me..hard.

I have never eaten a Cuban Sandwich in my life.

Now the fact that I am eating a Cuban Sandwich in Seoul is really stupid to be honest.  I should be eating Korean food in Korea, Cuban sandwiches in Cuba.  But I don’t care. 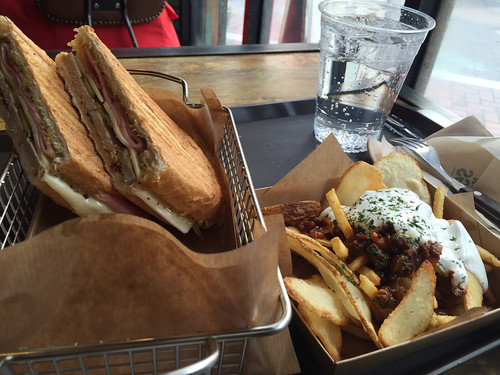 At that point my toes were frozen and I just wanted to eat something.  So I decided to eat a cuban sandwich.  I also ordered fries.  And a pop.  total came to 12USD.  Yeah not bad?

the sandwiches were alright, I probably could’ve made it.  But then I don’t really know if it’s authentic cuban sandwich anyways, next time.  I can’t tell you where it’s located exactly because the restaurant seems to not exist on the internet.  It’s near the Common Ground mall, that’s all i can tell you =p 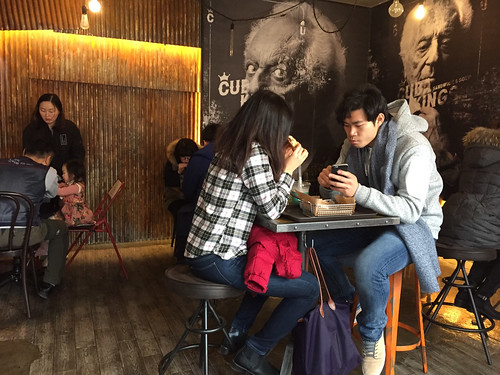