Another awesome aspect of Vietnam.  You can have PHO for breakfast.  That’s right!  PHO for breakfast! how awesome is that?  I have always needed to wait till lunch time till I can have some PHO, but here I can get it right when I wake up.

So awesome, so excited. 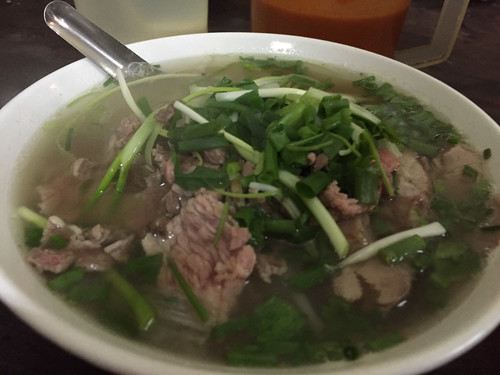 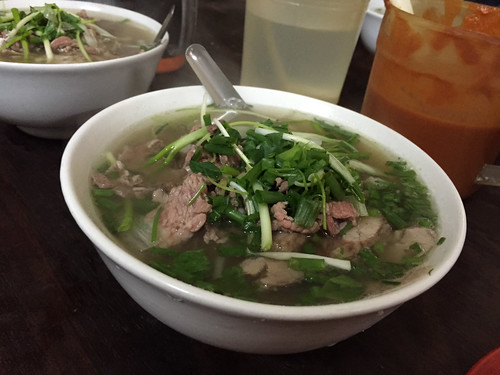 This place that we wanted to try was called “Gia Truyen”, and apparently they are only opened from 7 – 10AM so we had to wake up early (when it comes to vacation, any time before 10 is early).  We walked for a good 20 minutes till we got there.

Mannnn the line up was long, so many people were lining up already which can only mean that this place is awesome.  Hells Yeah! 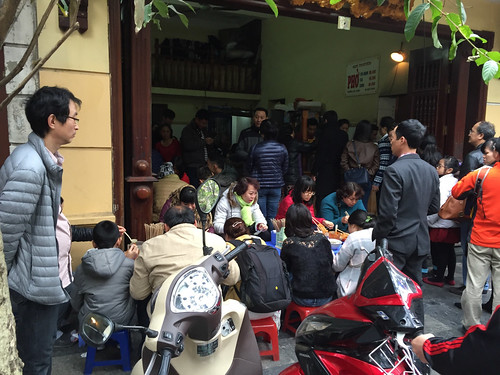 we had to go order first, and then fight for a seat.  Luckily there were two of us so we strategically parted ways.  Once I ordered I got a seat, score.

Pho was sooo gooood, I even made a video but I don’t think its appetizing for you guys to see me eat.  Just take my word for it.

Another thing that I learned was that you can mix fried dough with PHO, just dip it into the soup base and eat it. Very interesting…. 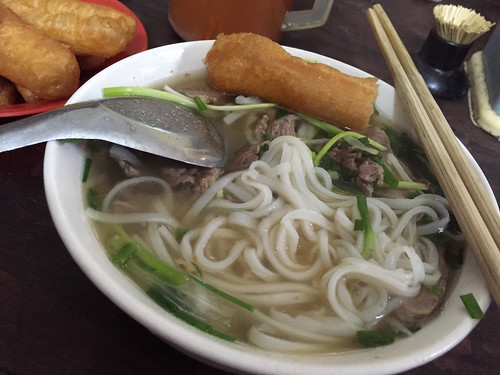