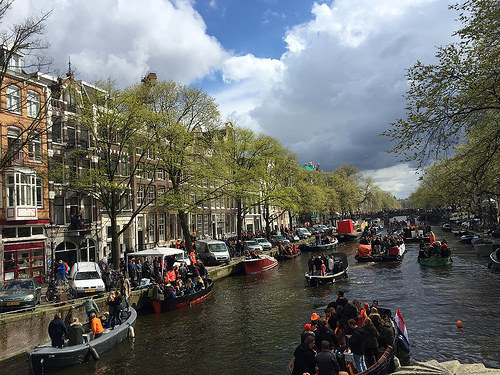 One of the main reasons why we decided to go to Amsterdam for the bachelor party, was because of King’s Day!  A day where you get drunk, party and occasionally get high with the help of some legal drugs (in Amsterdam of course).   King’s Day, or “Koningsdag” hhaha is the national holiday for Netherlands.  It’s called King’s day because it marks the birth of it’s king. 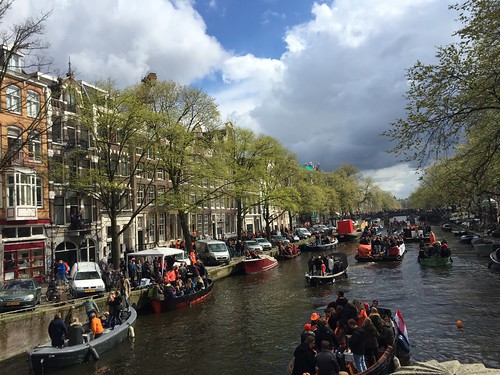 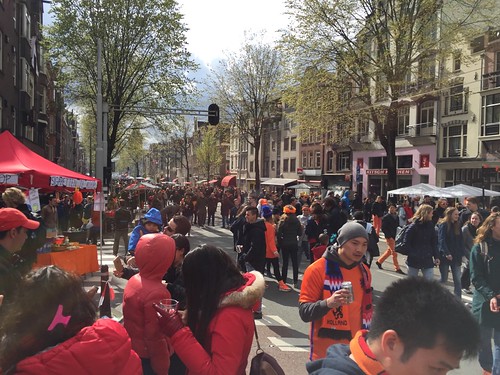 It used to be called Queen’s day…..apparently the former queen abdicated and was succeeded by her son.  Anyways, it doesn’t really matter because on this day all that matters is that you go out and have fun!

One thing I did not know about Amsterdam was how damn cold and rainy it gets…it was April when we went so I thought it would be spring weather….but noooo..Amsterdam is located up north..like really north.  So it was about 8 degrees Celsius on average, and it was raining like shit. 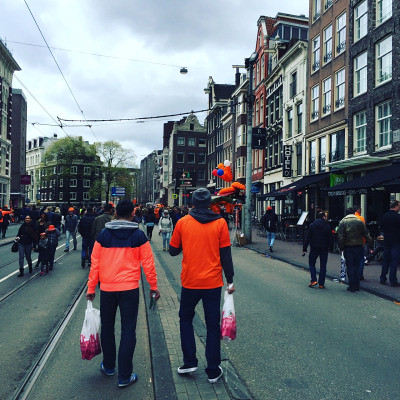 Sigh, my geography fails.  Why did I even think it was warm I have no idea.  Anyways fuck it.

I don’t know if it was because of the weather, but it doesn’t seem like it was as busy as it once was? I was told that the central area of Amsterdam will be full of people and you can barely move.  There were people, but it wasn’t packed as advertise.  Yes I guess it must have been the weather. 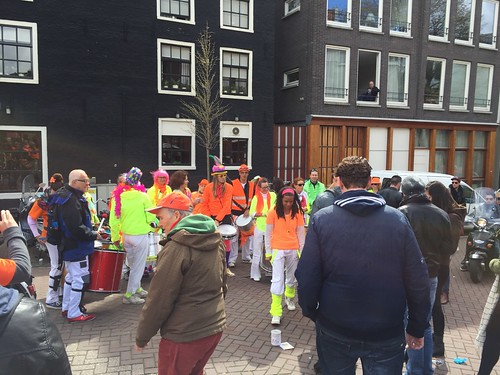 But hey, we still put on our orange gear (fake jerseys from China hah) and roamed the streets of Amsterdam.  Fun Times!