I have never heard of her, or a “Hwangbo”.  Sounds like a bun.  But this place did appear to be very popular because there was a huge line up!  People usually don’t line up of crappy food right?  Anyways the reason why we came was because we wanted some budae jigae.  Not because we wanted to check out this singer. 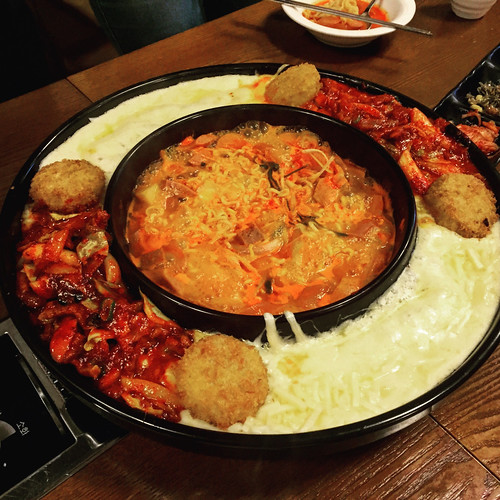 The budae jigae here was interesting and unique in that there was melted cheese around the actual stew.  Usually the cheese you just put right into the stew.  So never saw this concept before.  I mean it was good with the cheese, but somehow i wanted the good ol fashion budae jigae.  Like a big pot with a bunch of meat and instant noodles all mixed together.  lol.  Still I guess it was still good…so won’t mind coming back.  But probably will want to try some other normal budae jigae places instead.

Because…I thought the normal budae jigae was sooo much better…… 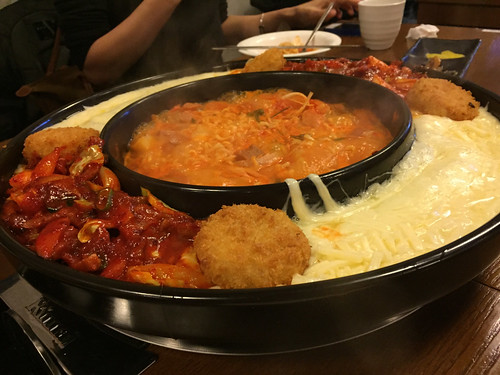 haha.   For those that want more information here you go:

Written from Toronto, Home on February 9 2016