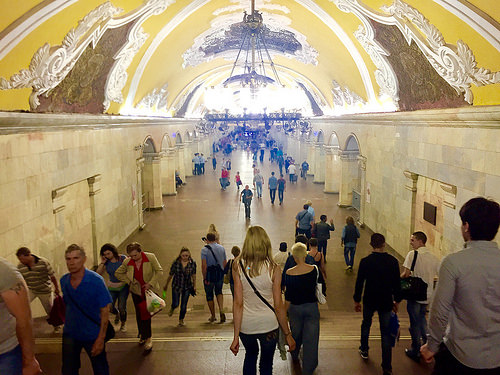 My first reaction to a “Metro Tour” was also what the fuck, why? Why should I go to the metro?  I take enough metro back home in Hong Kong.  Why am I flying 15+ hours here just to see the metro stop.  Why? Easy.  Because this is easily the most beautiful metro system in the world. 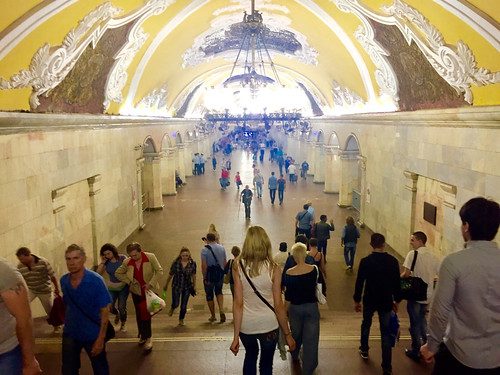 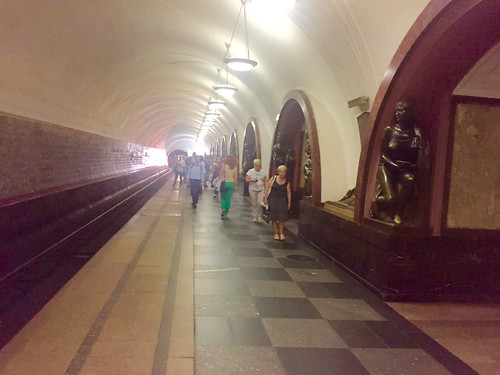 There are certain stations that was majorly influenced by the Soviet Union.  You can see by the architecture, the colors, the lamps, etc.  I wouldn’t be able to tell you which stations that I visited because I wasn’t the that prepared the tour. And no we didn’t join a tour.  Nope.  My lovely colleague just did some research online to see which stations is a must see.  So yes, if you ever want to do this just do your own research. 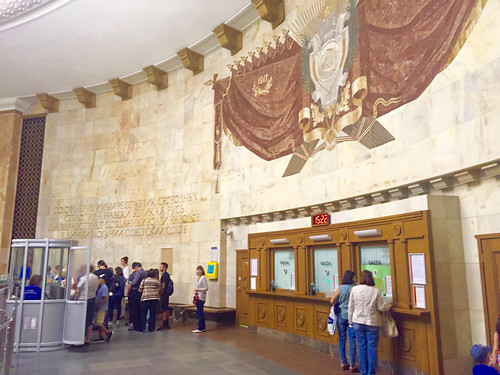 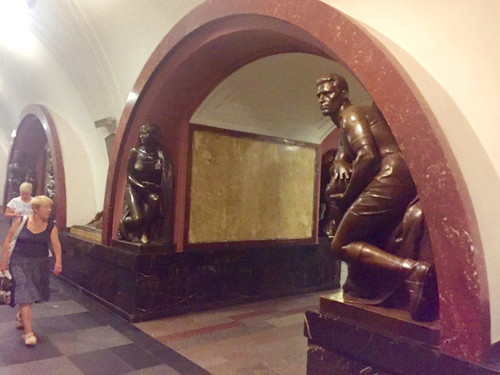 Seriously, the metro only costs 50 rubles.  For the entire trip.  No you are not paying by distance.  You are just paying per trip.  That is seriously a good deal.  Yes, there is no English.  But man whatever, just treat it like symbols and match the damn thing.  Copy the name of the station in Russian, and just match it the map!  If I can do it, you can do it. Or click here for the map =p.

One thing I didn’t like about the metro though, is that it was loud as fuck.  Really loud.  I had my headphones on and I couldn’t hear my music.  That’s how loud it was.  I don’t know how people deal with it on a daily basis.  Maybe they got used to it. Maybe they got deaf.  Don’t know. 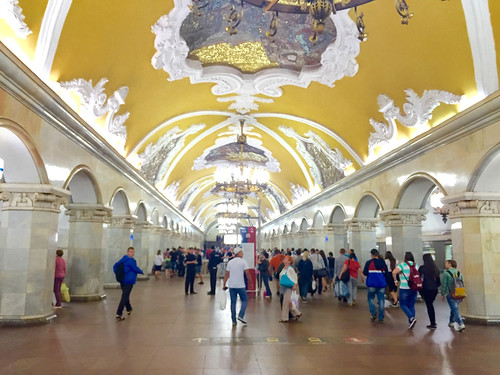 Another awesome thing about the metro is that it was super deep.  Like really deep.  It was also very steep. Almost fell a couple of times.  I read on wikipedia that the Moscow Metro is one of the deepest in the world.  Pretty impressive! 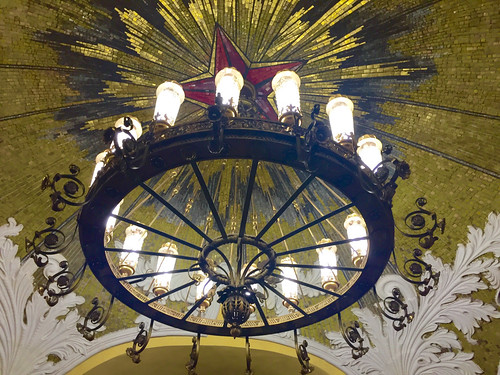 Finally, the Russian Metro is very simple (in a way).  The main line for most tourists will be the “brown” circle.  Again see map.  You can just get off the train, snap some pictures, take it all in, and board the next train.