The town of Airlie beach is really small, per google the population is only 8000.  So when Trip Advisor says this restaurant is top 5 in the area, you know I am a bit skeptical.

That’s like saying I am the hottest guy on earth when there’s only 5 guys in total.  But this place was recommended by the front desk of our hotel (who by the way was really nice).  Since he was a local, we took his word for it and decided to try this restaurant on our first night. 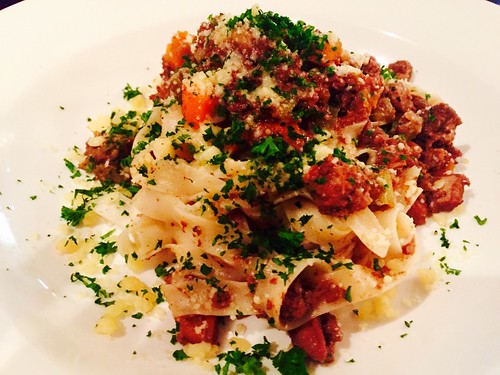 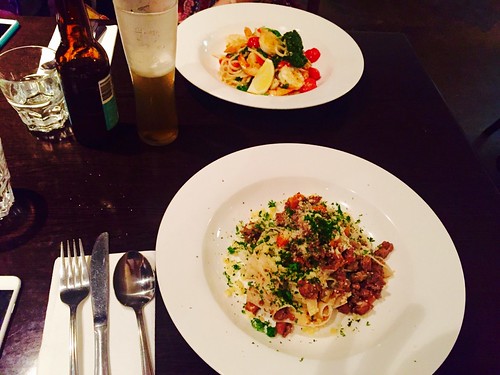 The walk to the La Tabella was super pleasant, I mean it’s winter Australia, but I would say the weather is more like beginning of summer in Airlie Beach.  Think low 20s, with nice summer breeze.  It’s located in the esplanade, which is not hard to find if you ask any locals.  I mean it is just a town of 8000, this place ain’t big man.

We got there and immediately got a table for two.  SCORE!

However, we were unable to get a table outside….fail….

but we didn’t make reservations, and it was a Saturday after all so I guess we were lucky to even get a table.  We were greeted by a really friendly waitress, who proceeded to give us our menus. 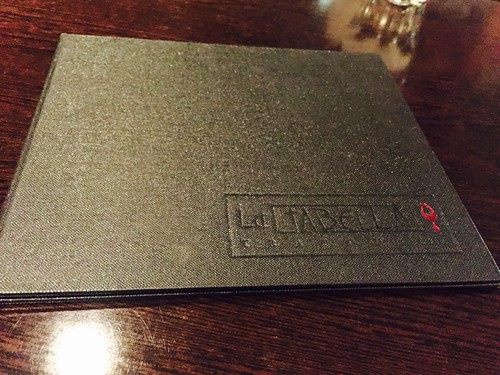 We ordered pasta because we are carb lovers.  I got the Ragu Bolognese.  I feel like Bolognese is always so underrated, like have you ever had a kick ass Bolognese before? Man nothing beats it, I remember one time my Bolognese had an egg on it.  Fucking awesome.  This Ragu Bolognese was pretty good, but not as flavorful as I hoped it would be.  I was told I am super into flavorful food though, so maybe it was in reality really flavorful, but because my taste buds are all messed up from eating around the world that nothing really tastes good anymore. 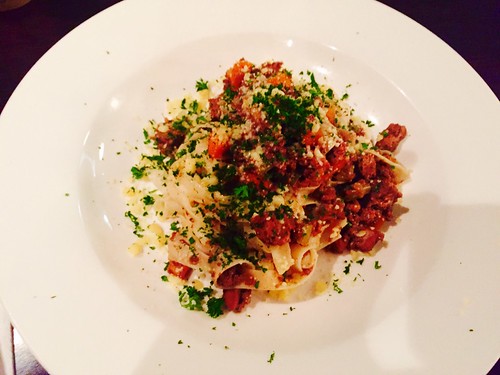 Its a gift, and a curse.
I stole that from spiderman.  Nah, I am just joking about the eating around the world.  I wish I was able to eat around the world, because that would have meant I am a billionaire and doesn’t need to work anymore.

My colleague got the Seafood Fettucini, which I wished I had ordered instead.  It was Flavorful (see above) and it had a tad of spiciness to it, it’s like literally up my alley.  It also had like 6 prawns which is unheard of I swear.  What nice italian restaurant gives you 6 big ass prawns?  But then it was AUD20 so I guess they better give me 6 big ass prawns. 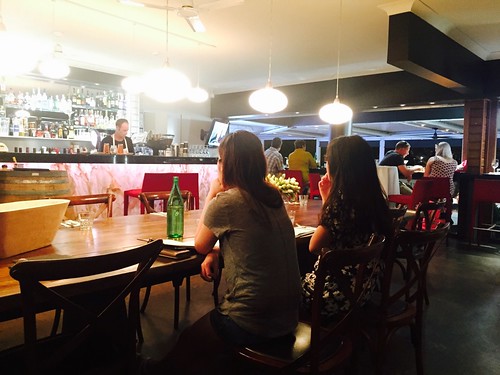 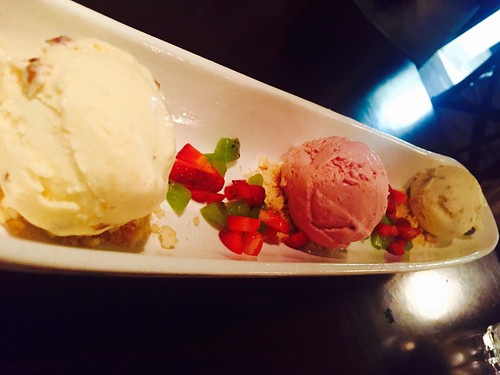 To end the night we ordered ice cream.  Because, you can’t go wrong with ice cream.  The waitress also said they have Pistachio ice cream, and so I was sold right then and there.

Good place, good food.  Totally recommend it to you all.