In my other post (not sure if I published it yet) I mentioned how our commute is really shit.

Like really shit. Like 2 hour in the car jammed in traffic kind of shit. Thus on our first day of work we did not get back to the hotel till 8PM…so of course we couldn’t go anywhere to eat…

Craving for some authentic India cuisine we decided to go the restaurant located at the lobby of the Park Hyatt called the Dining Room. I have a feeling we will be eating a lot at the Park Hyatt. Anyways, the food was KICK ASS! 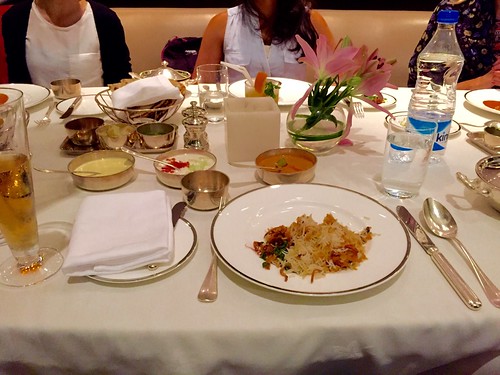 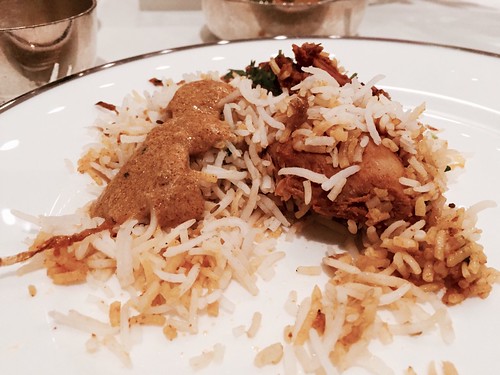 It’s rice, with indian spices, with chicken, and then with three different kinds of sauce. I don’t even know what kind of sauce it was but it was dammmnnn delicious. Per my lovely friend wikipedia description of Hyderabad Biryani is as follows:

Hyderabadi Biryani is one of India’s most famous Biryanis; some say Biryani is synonymous with Hyderabad.[28] Hyderabadi biryani developed under the rule of Asaf Jah I, who had been appointed as the Governor of Deccan by the Mughal emperor Aurangzeb. It is made with basmati rice, spices and goat. Popular variations use chicken instead of goat. There are various forms of Hyderabadi biryani. One such biryani is the kachay gosht ki biryani or the dum biryani, where the mutton is marinated and cooked along with the rice. It is left on slow fire or dum for a fragrant and aromatic flavour.[29][30] 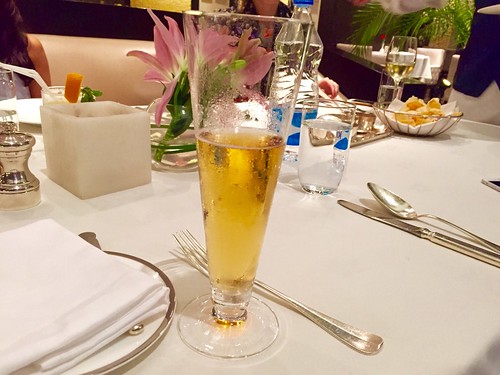 Half drank Kingfisher beer. So good. 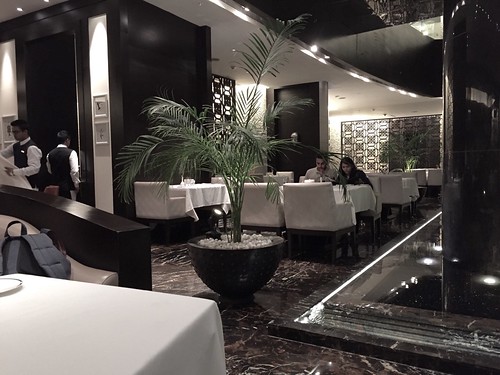 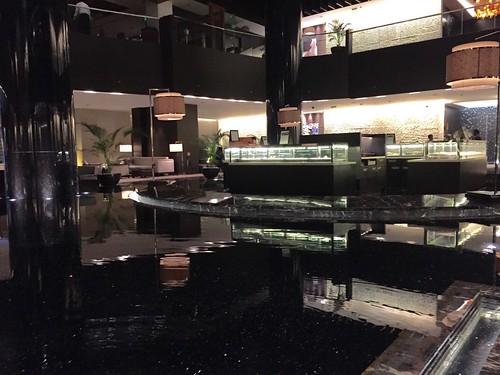 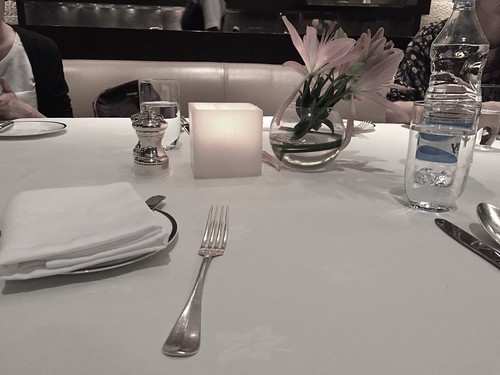 What a lovely hotel. What a lovely restaurant. Super props to our waiter too because he was super cool and nice. Even gave us free access to the desert buffet! Needless to say we stuffed our ass with cakes, creme brueles, tiramisu, and ice cream.

I must say, it was good we came back to the hotel late.