Restaurant named ANIMAL. By its name, you know you won’t be having any vegan meals in there. To my surprise, the menu for this restaurant is more than just beef tenderloin or lamb rack. 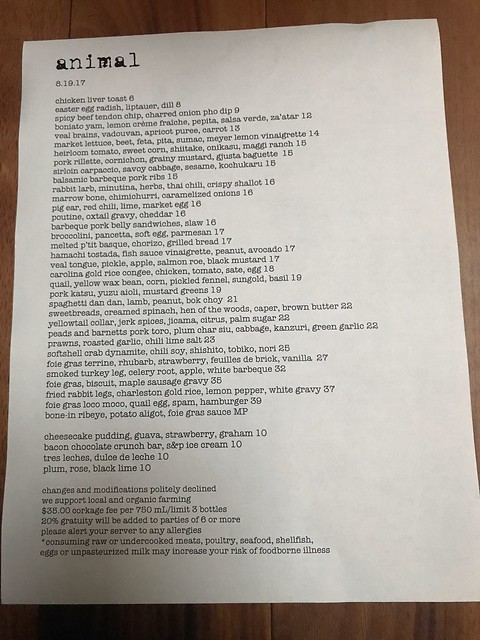 In general, I will pretty much eat anything, namely chicken or beef internal organs, such as liver, heart etc. 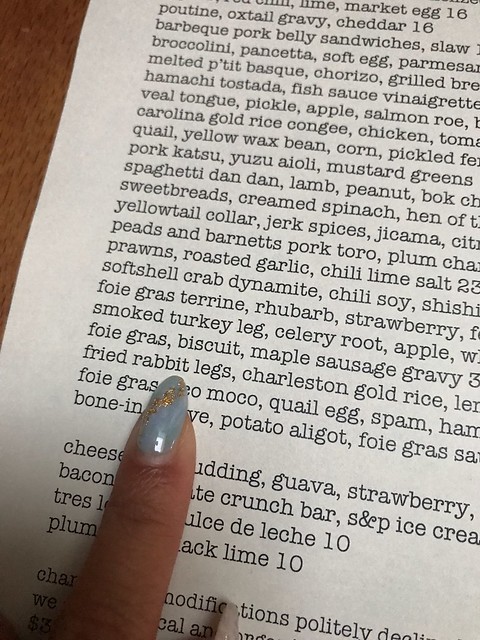 But, rabbit legs are definitely too much for me…I used to look after my cousin’s rabbit for the summer while she is on vacation. I got the picture of a rabbit hopping with its fried legs in my head as I read the menu 🙄

As our waitress came to take our order, she recommended to order approximately three to four dishes per person to share. She also suggested some weird dishes on the menu that we won’t have chosen without her recommendations. 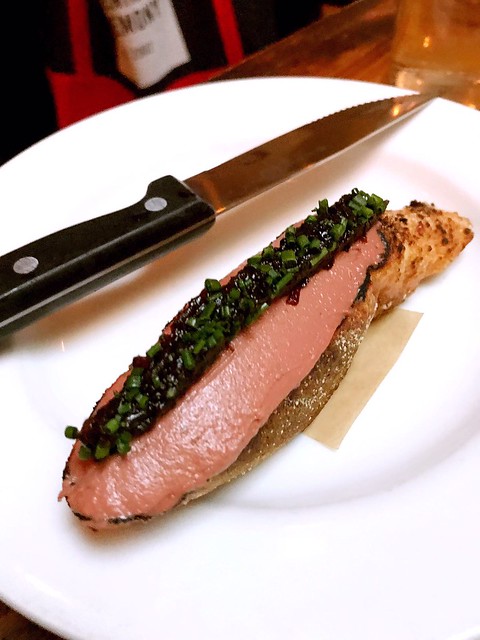 Was definitely one of my favourite dishes for the night. Everything just tasted heavenly with each other. I was so tempted to order seconds.

Next dish is quite interesting…it was recommended by the waitress. I feel as if this is some kind of hallowe’en themed dish. 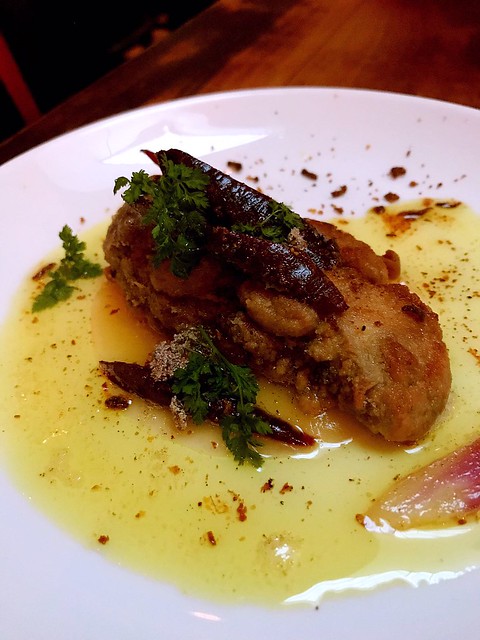 This is a deep fried veal brain with apricot purée. Honestly, I wouldn’t have tried it if the waitress didn’t make it sounds so amazing. And of course, I was also being adventurous and wanted to try something new. Everything was good until I cut the brains open……I just kinda lost my appetite there…it looked exactly like a brain (yes, I know I sounded a bit ridiculous. After all, it is a brain) it was white inside and I could see those squiggly lines of the blood vessels. I felt as if I was in a biology class for a moment. I won’t say it tasted awful. I just couldn’t get over those images of brains, so I didn’t quite enjoy it. I think I have watched too much zombies movies. I like the apricot purée though. It was very refreshing for the palette.

Next dish was veal tongue with salmon roe and black mustard. 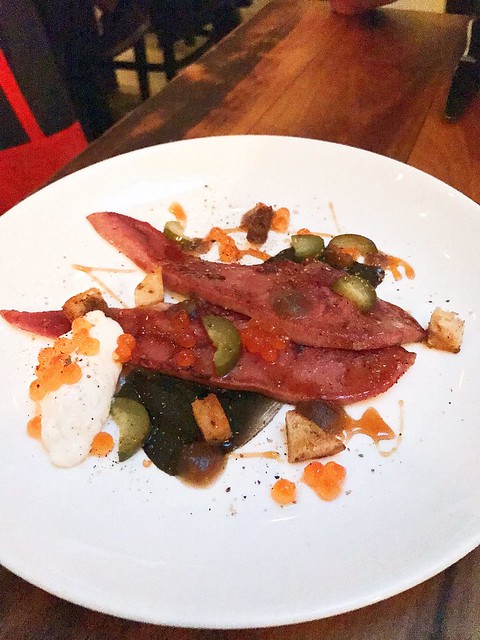 then followed by the main dish of the night! FOIE GRAS! 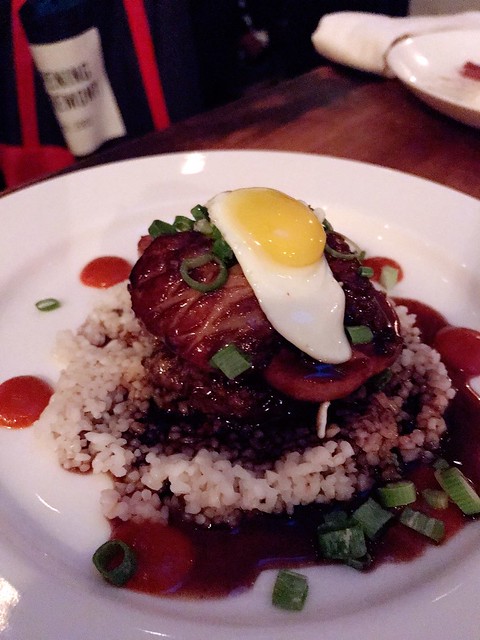 This is foie gras loco moco, quail egg, spam and hamburger. Surprisingly, the foie gras goes very well with the spam. The spam is pan fried, so the outer layer is crispy while its soft inside. Just how I like my spam to be cooked!

We didn’t order any dessert. Not because desserts didn’t look good. Simply because we were too full to eat more. Plus, food coma was starting to hit. Haha. I think I will definitely go back, and try other dishes. Such as the bone marrow. I saw that from the table next to ours, and it looked 🤤🤤🤤🤤 Mmmmm….