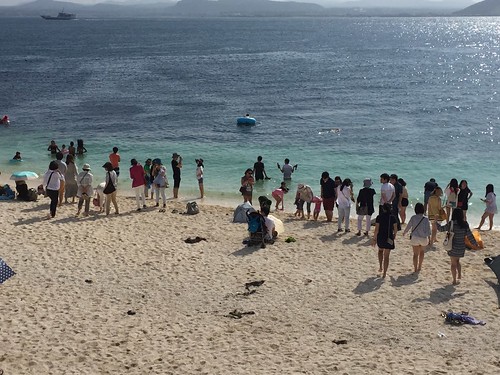 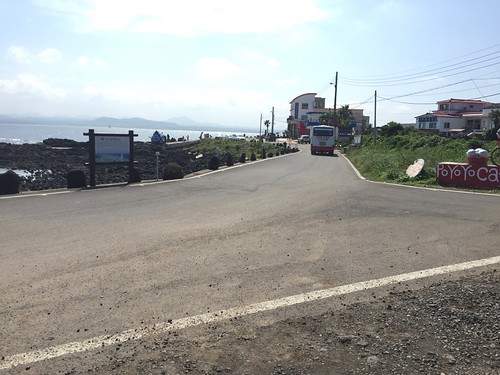 We had to take a ferry from the mainland to Udo Island, took about 15 minutes.  Was a nice ride.  Now I have a tip if you want to visit Udo island.  Get an international license!  This way you can rent a bike, tuk tuk’s, and even a car.  Udo island you need transportation in my opinion.  Of course being the dumbass that I am I did not do that.  We ended up having to walk half the island (I think?).  It was a tiring walk, and it was hot. 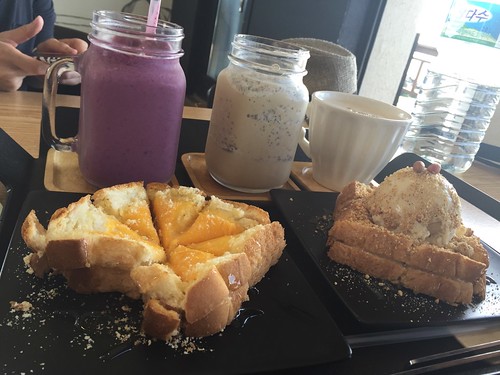 We came up to a cafe where we immediately sat down.  I ordered the blueberry shake.  Delicious.

We sat around for about an hour before we headed to the beach which is suppose to be famous in Udo island.

Yeah it was famous. but uh…question…

How come people are fully clothed at a beach?  I am not saying take everything off…maybe at least your tshirts?? I don’t know. I am not Korean.  Maybe it’s something to do with their culture.