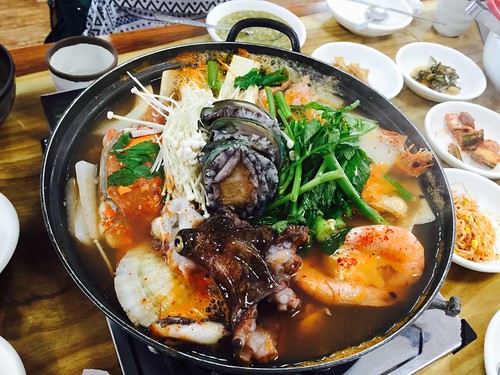 We went to Jeju for vacation because ..why not?  We were already in Seoul and since Jeju is only an hour away..might as well.

But of course I failed in planning, did not get my international license hence we were not able to drive around.  We needed to hire a car.  Which was okay, the driver was really nice.  For lunch we told him we wanted to go to this restaurant that was recommended by the office people, but he gave us a big frown.  So fine, we told him let’s go to where he wants to eat and he took us to this seafood restaurant.  Really delicious. 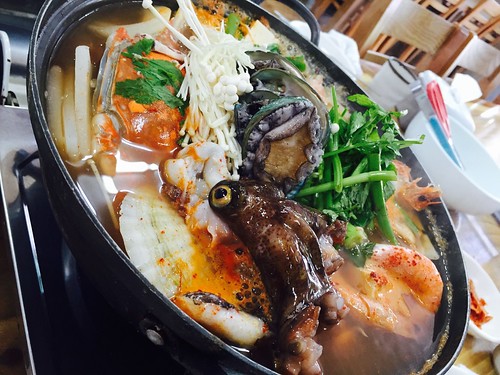 Tip –  if you hire a car in Jeju, it is customary for the driver to sit with you and eat with you.  Our driver was very polite though, and he didn’t eat much of the seafood.  He mainly ate the rice which made us feel bad so we gave him some fish.

Anyways, the stew was good.  And the abalone was moving. lol.  yes………. 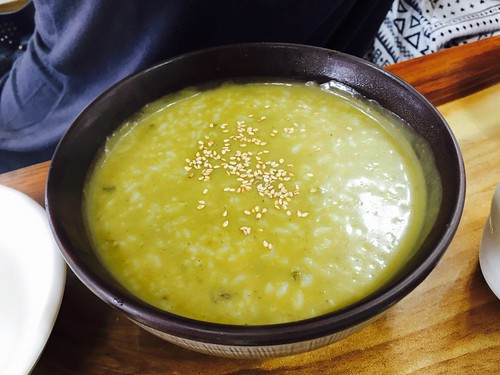 It was okay.  It was all about the seafood stew!