Fried Chicken and Beer.  Popularized by Korea and is spreading like wildfire in Asia. Seriously? I’ve been eating chicken and beer since high school.  This is not new in North American.  Get with the timeeessss mannggg.

That being said, I still love chicken and I still love beer.  So when one of the bosses at the company told us to check this “two two chicken” place out, we said okay.  Also helped that it was really close to the hotel (about 15 minutes away). 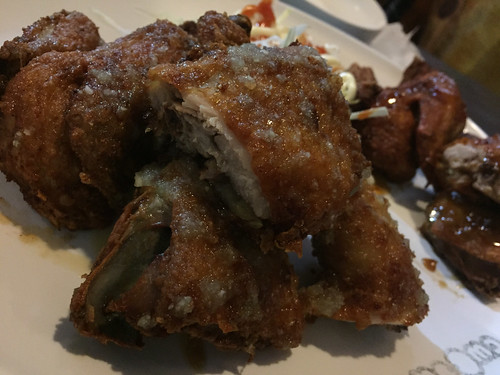 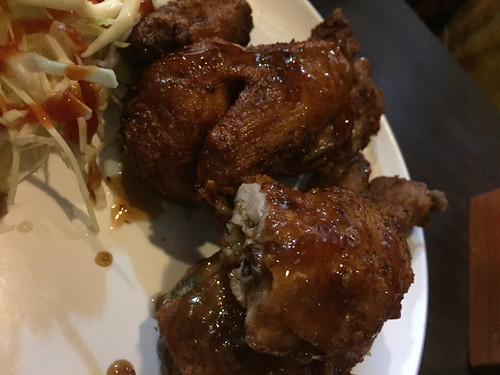 To be more precise it’s at Myeongdong.  We have had numerous chicken and beer places in Myeongdong, and sadly I have to say this is not one of the better places.  Not sure if it’s because they were trying to cater to foreigners but the way they seasoned the chicken was not to my liking.  But I am a foreigner so maybe it’s just a fail on their part.  They have about 4 flavors, my favorite being the soy sauce chicken.  It tasted like the chicken I have in a chinese restaurant.

It’s probably why I am not impressed.  I want more western styled fried chicken.   Maybe they are not trying to tailor to foreigners, but more specifically chinese people.  But if I wanted that I can just take a train up to Shenzhen.  Yeah..not impressed. 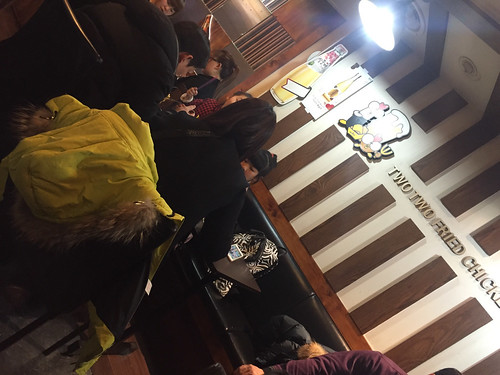 I won’t be posting their address here, not really worth it.  But if you do want to try it out just google “two two chicken” in myeongdong…but seriously there are a lot better chicken wing places there (just check out my other posts).

Written from Toronto, Home on February 7 2016