So awesome…nothing can get me down when it comes to free stuff! Except when it rains like dog shit on you..and it’s cold as hell…

that definitely put a damper on an otherwise awesome, entertaining walk.  A walk, which by the way was freeeeeee (yes I have advertised that many times now). Don’t know what the tour name is called my buddy booked, all I know is that you don’t pay anything until the end. 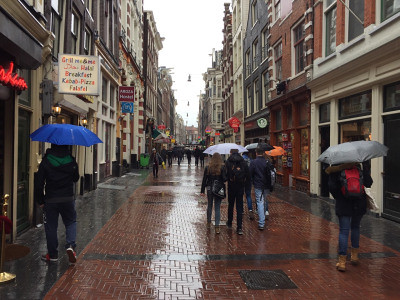 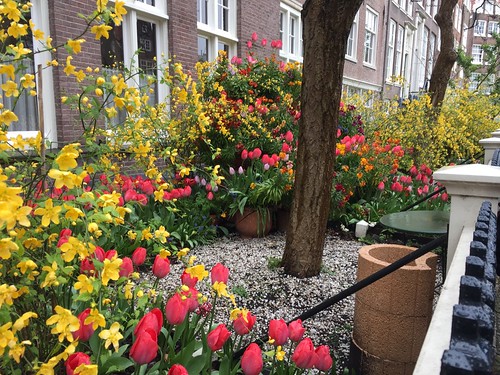 Alright, that sounds fair to me. I think I paid 10 euros, the tour guide deserved it.  He didn’t have an umbrella and he was soaking wet.  I don’t know how he did, I was damn cold and wet.

But it’s also because I didn’t bring the proper clothes to Amsterdam. I mean I brought shorts! Why the hell would I bring shorts when the temperature is below 5…I am such a dumbass…but yeah if the weather was only a bit nicer I would have enjoyed the stories and background information the tour guide was giving us during our walk. 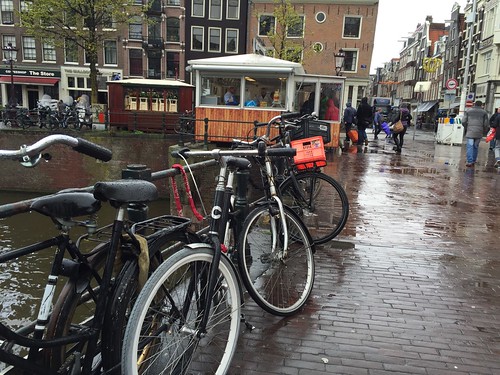 We walked by many historical monuments / buildings, went to the red light district, and he even introduced some awesome “coffee shops” to us.  Again, too bad it was cold.

The walking tour lasted for three hours, which was damn long in the rain.  But at least we knew our way around the city center after this tour. 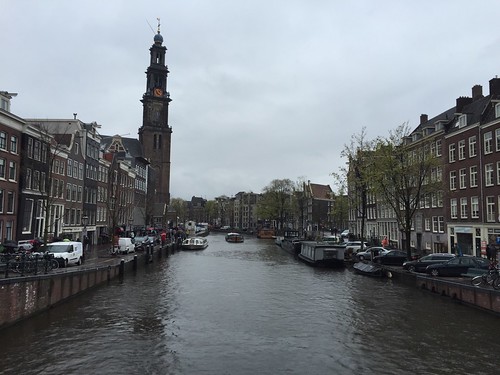