Yes. As you can see from the below picture, this was a crazy big ass breakfast that I had in Toronto.

I was feeling really bored with my oatmeal which I have been eating everyday (trying to be healthy yo!), so I googled and out came Panagio’s.  It’s also only 15 minutes away, and with good reviews I decided to say fuck my oat meal, let’s do this! 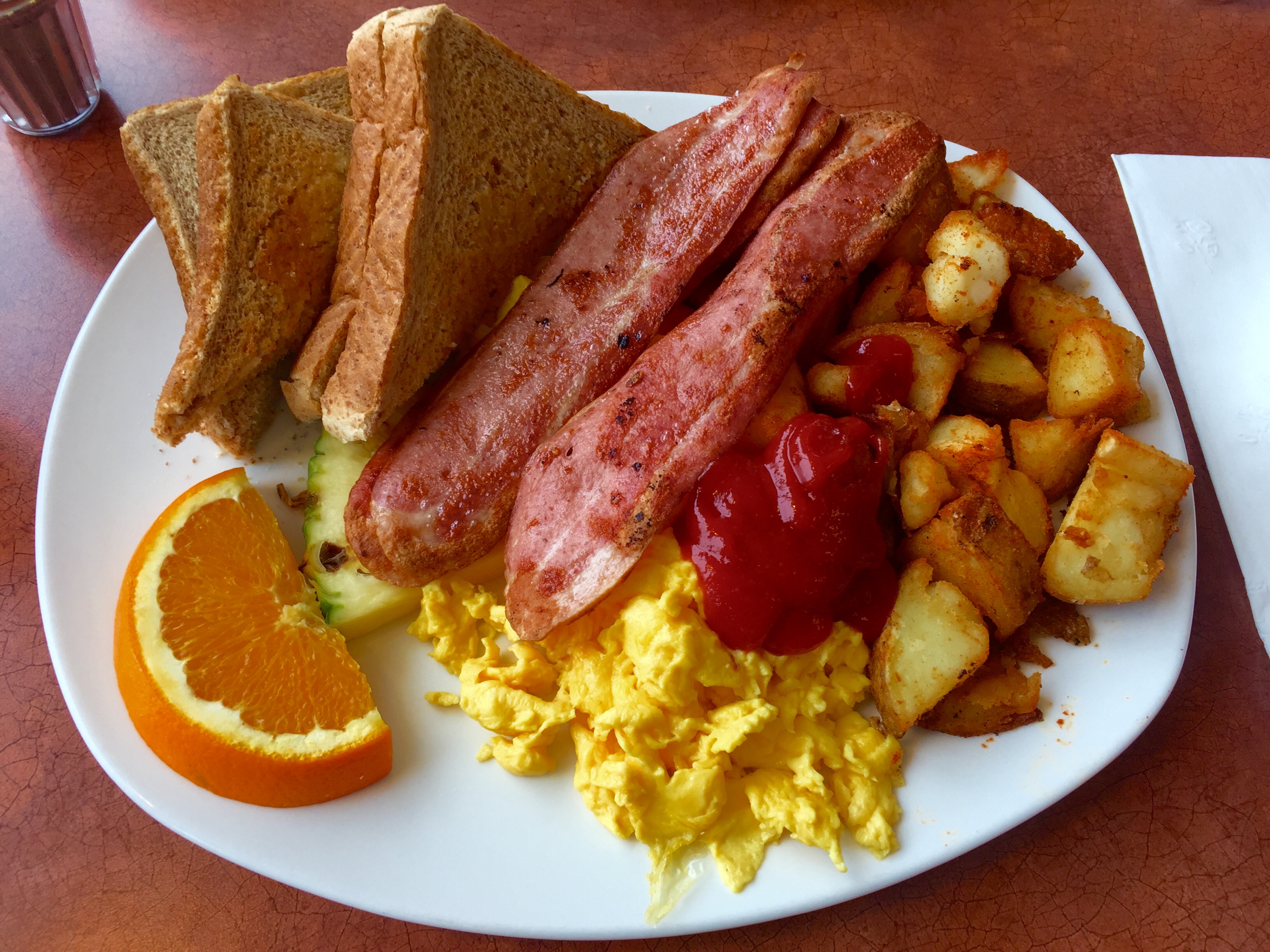 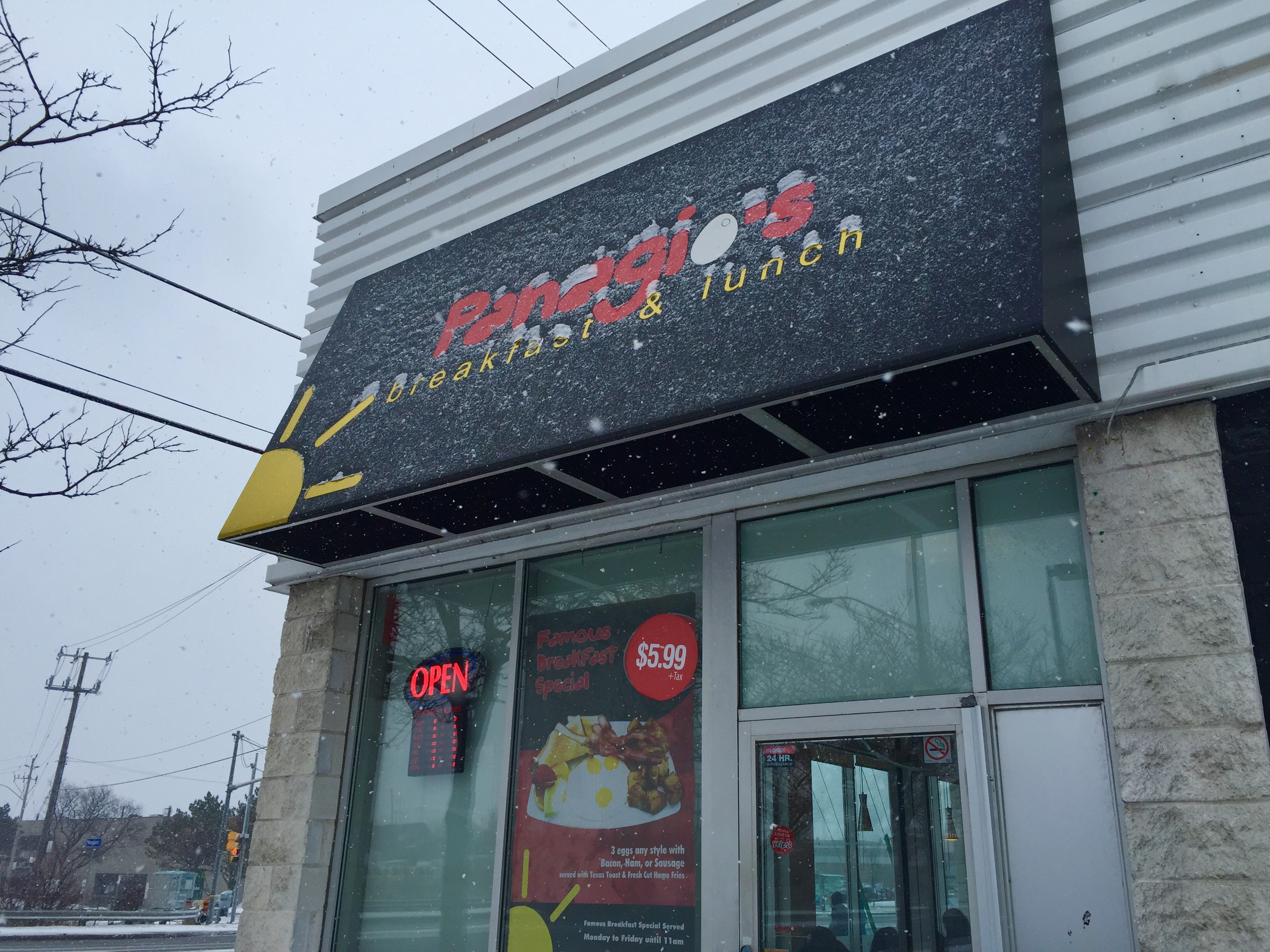 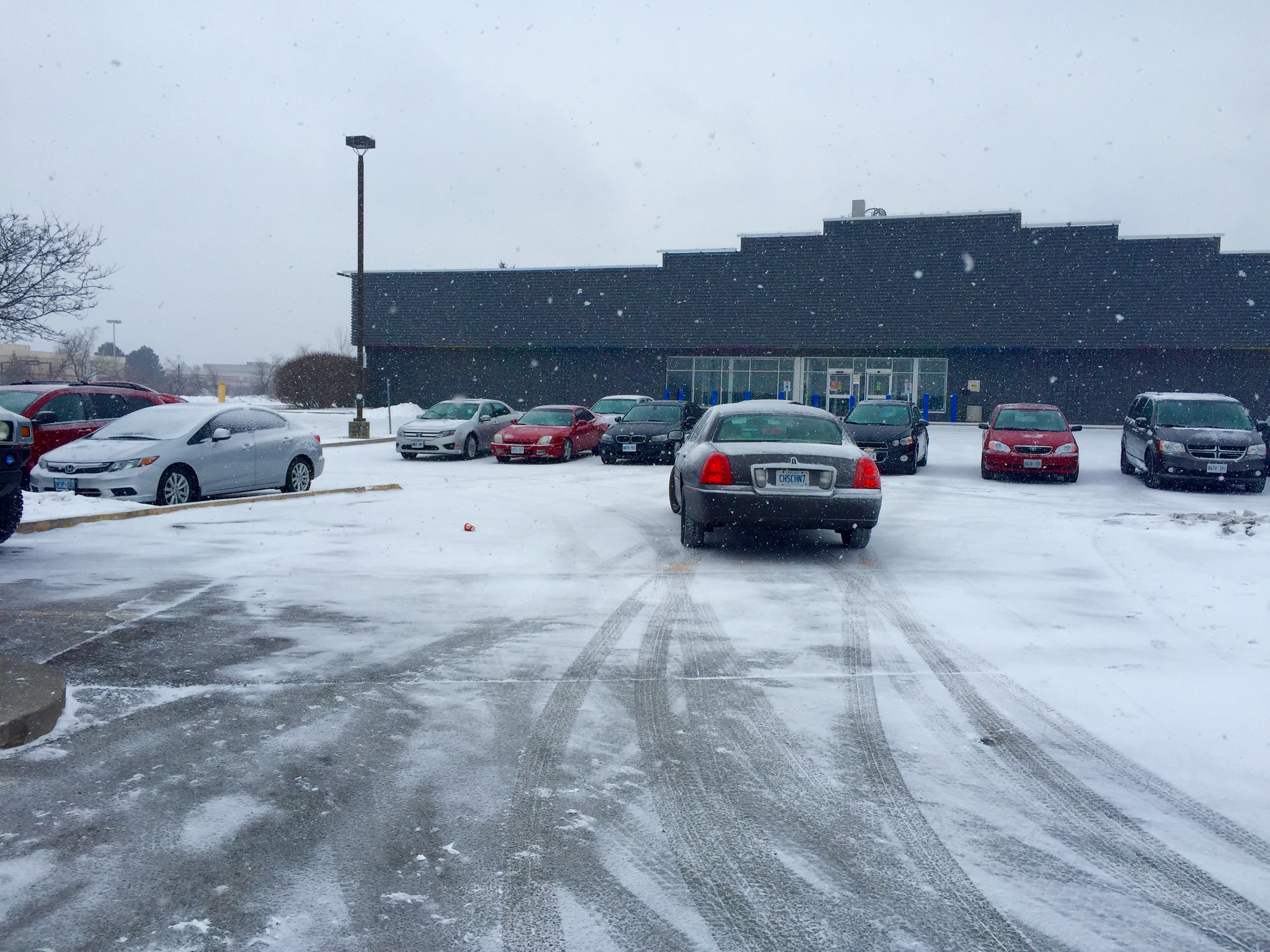 Yeah…it was a cold snowy day that morning. brrrrrrr….totally don’t miss the cold. Do miss the snow though.

Something about eating during a winter storm that makes it all so interesting. 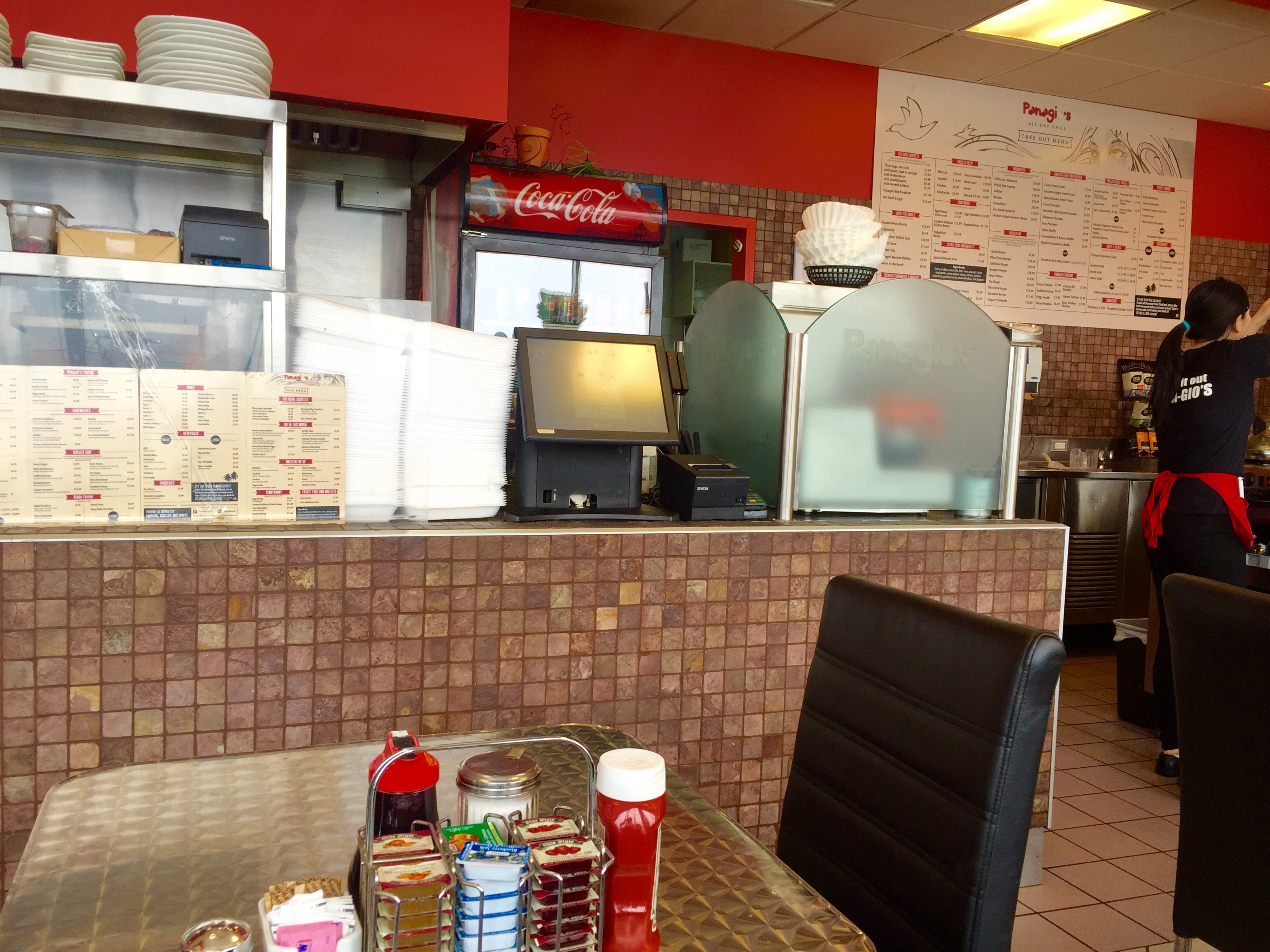 Yep, nothing fancy shmancy with this place. Your typical breakfast joint.

Service was a bit slow, but the joint was packed like hell with only two servers so I’ll give them a break. 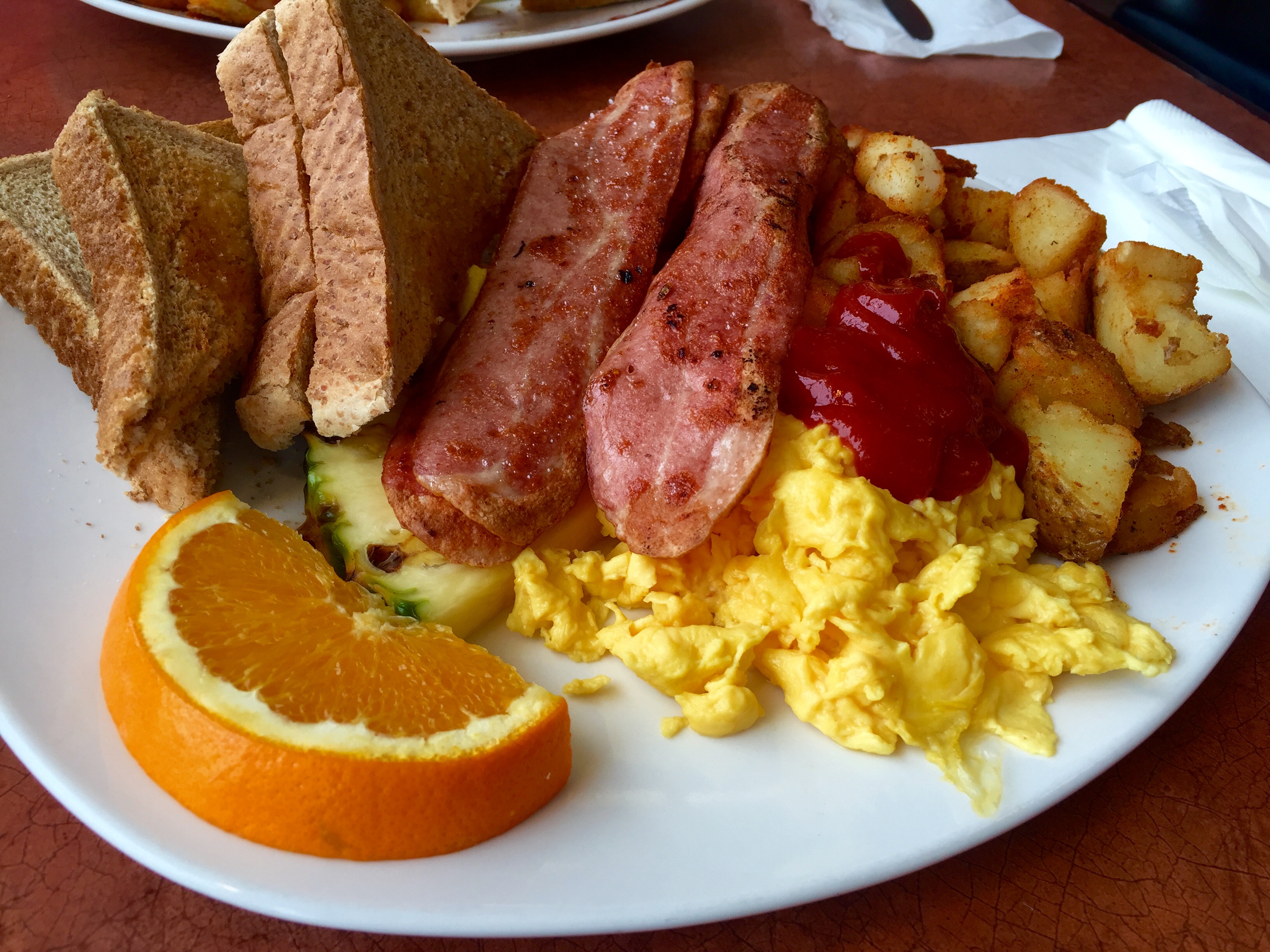 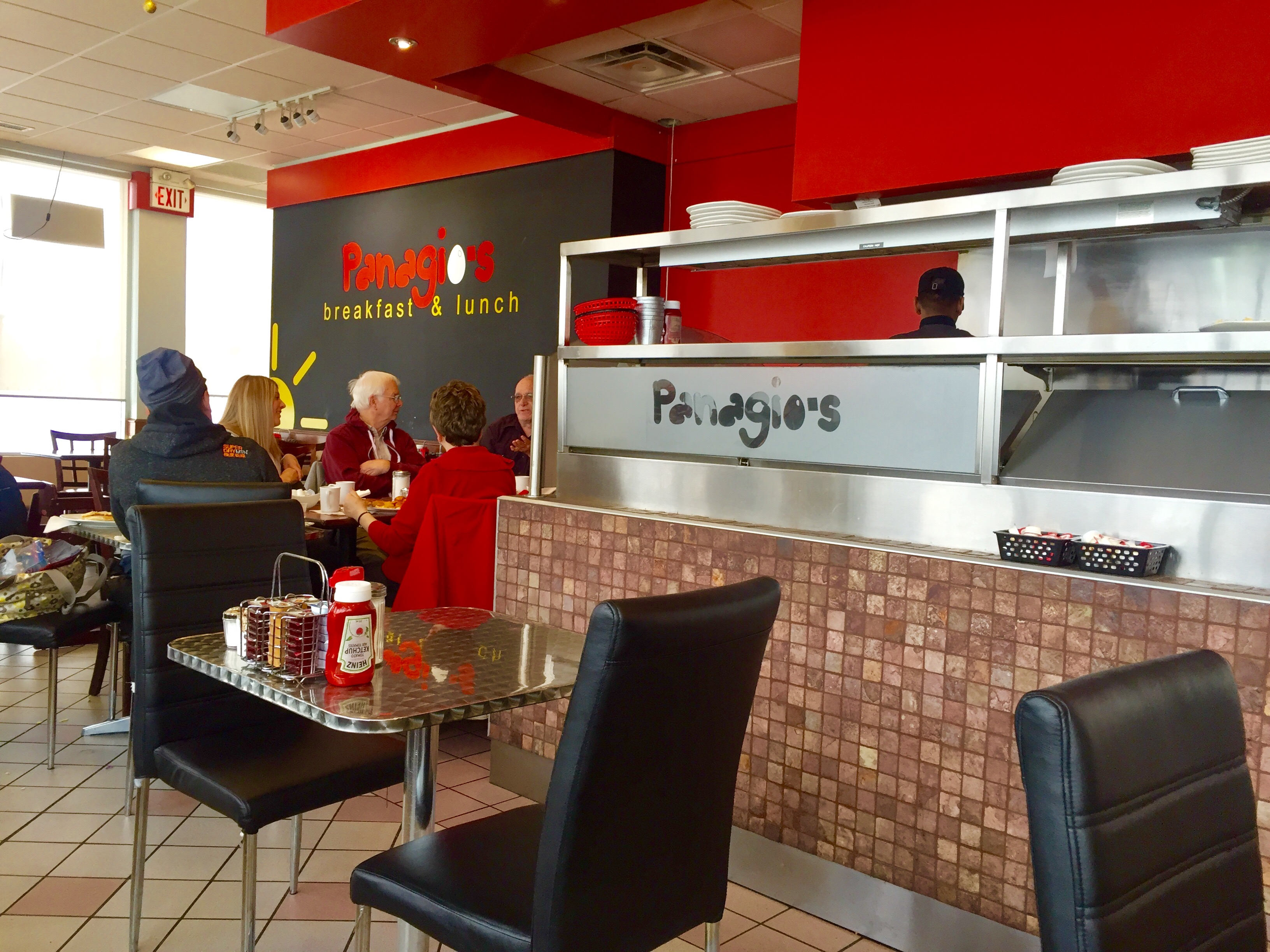 Actually, it looks like kind of grimy now that I look at the pictures again.

There was a lot of families eating here so it was good. Order the coffee (2 bucks), not because it was super tasty (it wasn’t bad) but because you get unlimited re-fills so yeahhhhhhhhhhhhh you know you have to order that shit.